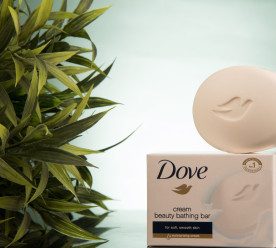 Consumer goods giant Unilever has said it will invest 1 billion euros in a fund to invest in climate change projects and reduce to net zero greenhouse gas emissions from all its products by 2039, 11 years ahead of the Paris Agreement deadline. The Anglo-Dutch company whose brands include Dove soap and Knorr soup, said it was responding to the “scale and urgency” of the climate change crisis. The fund will invest in projects including reforestation, water preservation and carbon sequestration over the next ten years, it said. The net zero emission target is an extension of efforts already underway to cut emissions within the company by 2030 – such as reducing electricity consumption within offices. Unilever’s total greenhouse gas footprint was around 60 million tonnes of carbon dioxide equivalent in 2019 as it joins a handful of companies in promising net zero emissions from their supply chain. (Reuters)

In a new analysis of how the world’s 49 largest Information and Communication Technology (ICT) businesses are protecting against human rights abuses in their supply chains, the average score is just 30 percent. Compiled by NGO Know the Chain, the benchmark assesses businesses on a range of metrics relating to commitments, governance, traceability and ensuring worker voice and remediation when breaches occur, among other metrics. Performance in the fields of worker voice and recruitment practices were found to be particularly weak across the board. On the former, no company assessed could prove that workers across the supply chain had the right to collectively organise and bargain for better conditions. On the latter, only 27 percent of firms assessed could prove that, when suppliers charge new starters a recruitment fee, they are able to claim it back. Areas of stronger performance were commitments and governance, traceability and risk assessment and remediation. Collectively, the businesses analysed have a combined market capitalisation of more than $5 trillion. (edie)

A coalition of influential international NGOs and business groups has urged business leaders to “speak up for nature”, as governments around the world craft recovery plans to the coronavirus crisis. In an open letter addressed to “CEOs everywhere”, the ‘Business for Nature’ campaign has called on corporates to encourage political leaders to embrace economic policies and packages that prioritise nature restoration. The group brings together a host of leading NGOs, including We Mean Business, WWF, the International Chamber of Commerce, the Confederation of Indian Industry, and the United Nations Global Compact. With more than half of the world’s GDP, or $44 trillion of economic value, exposed to risks associated with nature loss, business leaders have a huge incentive to champion the issue, the letter argues. Eva Zabey, executive director of Business for Nature, commended companies for their sustainability efforts to date, but stressed that the private sector must go further over the decade to come if the world is reverse continuing biodiversity loss. (Business Green)

Google has said it was tackling unlawful discrimination by barring housing, employment and credit adverts from being targeted to its users based on their postal code, gender, age, parental status or marital status. The new policy, which will take effect by the end of the year in the United States and Canada, comes more than a year after the U.S. Department of Housing and Urban Development charged Facebook for selling discriminatory housing adverts and said it was looking into similar concerns about Google and Twitter. Google and Facebook together account for just over half of internet advert sales globally, making their policy actions influential in the industry. U.S. protests following the death of George Floyd, an African American man who died in police custody in Minneapolis, have placed a spotlight on racial inequities, including the challenges black people face in finding jobs and housing. Google said its new policy was not a reaction to the protests. (Reuters)

UK businesses are on track to collectively underreport their 2020 carbon emissions by almost half-a-million tonnes, as they face challenges monitoring the emissions generated by employees working from home. That is according to energy supplier Bulb and consultancy Ecoact, who partnered to research the impact of the UK’s coronavirus lockdown on corporate sustainability reporting and environmental governance. Using the Office for National Statistics’ finding that more than 44 percent of the UK’s working population are now working exclusively from home, coupled with National Grid figures proving that domestic electricity use is currently up 25 percent year-on-year and analysis of the grid mix, the firms calculated that employees generated 100,000 tonnes of carbon through their home electricity consumption since March. The further 370,000 tonnes of emissions are attributable to household gas use. This figure was calculated using averages from Bulb customers in London who have smart meters installed, with Bulb claiming it is a “conservative estimate” when the national picture is considered. (edie)

Image Source: white Dove soap next to plant by Akshay Bandre on Unplash.