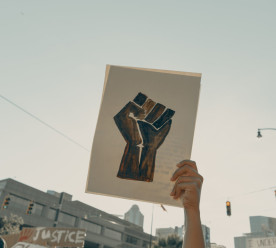 This week, a number of tech firms have pledged funding for causes that support racial equality amid protests in the U.S. following the death of George Floyd. Paypal has said it is pledging $530 million to support black and minority owned business in the United States, Apple has said it will increase spending with black-owned suppliers as part of a $100 million racial equity and justice initiative and Google-owned YouTube said it will spend $100 million to fund black artists. The efforts join a wave of actions by big companies, including banks and retailers, aiming to show support for the black community as recent protests in the United States and elsewhere call attention to longstanding discrimination against the black community. Apple Chief Executive Tim Cook in a video said the iPhone maker seeks to increase minority representation among the firms it does business with. “Let me be clear: I stand with our Black teammates and with the Black community, as does the entire PayPal community,” CEO Dan Schulman said in the internal memo. “We stand with you and we support you – and we must publicly declare that Black lives matter.” (Reuters, Reuters)

Microsoft has become the latest US company to limit the use of its facial recognition technology by police. The firm said it would not start sales to US police departments until the country approves national regulation of the technology, which critics say is racially biased and easy to abuse. E-commerce giant Amazon and computer hardware firm IBM have already made similar moves. Amazon on Wednesday banned police from using its tech for one year, while IBM earlier said it would stop offering the technology for “mass surveillance or racial profiling”. The news follows widespread protests over police brutality and racial discrimination. The American Civil Liberties Union has campaigned against facial recognition software for years, warning there is a danger it will be used to for widespread “suspicionless” surveillance. “Microsoft, Amazon and IBM have finally started to take action. But we still have a long way to go to forever end the over-policing and surveillance of black and brown communities,” the organisation said in a statement. (BBC)

New U.S. solar installations will increase by a third this year, a new report has shown, as soaring demand by utilities for carbon-free power more than outweighs a dramatic decline in rooftop system orders for homes and businesses due to the coronavirus pandemic. The solar industry will install 18 gigawatts this year, enough to power more than 3 million homes, according to the report by the U.S. Solar Industries Association and energy research firm Wood Mackenzie. That is 9 percent less than the group’s forecast before the outbreak prompted construction delays, weakened consumer demand and tightened access to financing. But utility-scale solar is on track for a record year, the report said, with 14.4 GW of new capacity expected to be installed in 2020. State renewable energy targets and solar’s low cost are underpinning the sector’s robust demand. Risks to the sector’s medium and long-term growth, however, include increased capital costs due to weak markets, reduced demand from commercial and industrial customers experiencing financial hardship, and delays in utility procurement plans. (Reuters)

At least $67 billion of the damage caused by Hurricane Harvey in 2017 can be attributed directly to climate breakdown, according to new research that could lead to a radical reassessment of the costs of damage from extreme weather. Harvey ripped through the Caribbean and the US states of Texas and Louisiana, causing at least $90 billion of damage to property and livelihoods, and killing scores of people. Conventional economic estimates attributed only about $20 billion of the destruction to the direct impacts of global heating. In a study published in the journal Climatic Change, researchers used the emerging science of climate change attribution to calculate the odds of such a hurricane happening naturally or under increased carbon dioxide levels and applied the results to the damage caused. Similar methods were used in a separate study, published last month in the same journal, that found that droughts in New Zealand between 2007 and 2017 cost the economy about NZ$4.8 billion, of which $800 million was directly linked to climate change. (The Guardian)

The Aldersgate Group – an alliance of dozens of business and civil society leaders – has published a new briefing outlining key policy changes and low-carbon investments it believes should be made to ensure the UK’s recovery from Covid-19 produces a greener, more inclusive and resilient economy. Corporate members of the Aldersgate Group include BT, Tesco, IKEA, Sky, Marks & Spencer’s and John Lewis Partnership. Also supporting the briefing are the likes of WWF, Woodland Trust and National Grid. On the policy piece, the new briefing, entitled ‘Seize the Moment’, calls for Ministers to publish a robust carbon price trajectory for the 2020s. UK Chancellor Rishi Sunak confirmed at the latest Budget that the Carbon Price Support will continue at £18 per tonne until 2022, at which point a more “ambitious” price linked to the EU ETS is hoped to be introduced. However, £18 is notably short of the current global average of £24, and UK-EU negotiations around pricing post-2022 have reportedly turned sour. (edie)