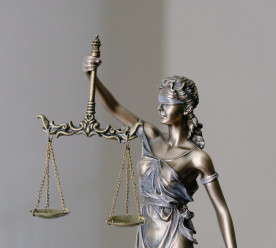 Britain risks entrenching class, ethnic, gender, educational, generational and geographical divides unless the government acts to tackle inequality, the Institute for Fiscal Studies (IFS) has said. A report by the leading economic thinktank said the Covid-19 pandemic threatened to make life worse for the most vulnerable groups and urged ministers to seize the opportunity to forge an inclusive recovery. The IFS said it was not inevitable that the crisis would exacerbate inequality but said that would be the outcome in the absence of better education and training, moves to ensure the survival of small businesses and the provision of catch-up lessons for children from poorer households. The report – part of a five-year IFS project on inequality – found, for example, that low earners were most likely to work in shut-down sectors, to have been furloughed or be at risk of unemployment and a gap in death rates between better-off and less affluent neighbourhoods, as well as between some ethnic minorities and the white majority, had widened further. (The Guardian)

So-called ‘supertrawlers’ – large fishing vessels that stay at sea for several weeks – spent almost 3,000 hours fishing in UK marine protected areas in 2019, making “a mockery of the word ‘protected’,” according to campaigners. Supertrawlers can be over 100 metres in length and can catch hundreds of tonnes of fish every day, using nets up to a mile long. A Greenpeace investigation revealed that the 25 supertrawlers included the four biggest in the world and fished in 39 different marine protected areas (MPAs). The Southern North Sea MPA was one of those fished and was created to safeguard porpoises, which are especially threatened by supertrawlers. More than 1,000 porpoises died in fishing nets around the UK in 2019. Forty percent of England’s seas are designated as MPAs, but these only ban some of the most damaging activities in some locations. An independent review commissioned by UK government urged the establishment of highly protected marine areas (HPMAs), where all harmful activities including fishing, dredging and construction are banned. (The Guardian)

Sustainable cleaning brand Ecover has launched a new fund to provide over £500,000 of support innovative projects that can cut greenhouse gas emissions through nature-based solutions. Dubbed ‘Fertilise the Future’, the fund was launched yesterday with the company explaining that it will be financed through the windfall the brand has enjoyed as a result of a surge in cleaning products during the coronavirus crisis. The company said it did not want to keep all of the resulting revenue boost and has therefore decided to launch the new fund to encourage more organisations to step up efforts to curb their emissions. The brand is now calling upon activists, innovators, business owners, and “anyone with a passion and desire to help the planet with a nature-based solution” to apply to become a grantee of the fund. (Business Green)

The world’s largest maker of batteries for electric vehicles has made a breakthrough with a power pack that lasts more than a million miles and has the potential to be reused. The Chinese company, Contemporary Amperex Technology (CATL), which supplies Tesla and Volkswagen AG, has created a battery that runs for 16 years and 1.24 million miles – the equivalent of making more than 400 journeys from coast-to-coast in the US. Currently, the average EV battery’s lifespan is around 200,000 miles, according to ratings website Consumer Reports. Electric transport is viewed as crucial in tackling climate change, shifting our roads from gas-guzzling vehicles to cleaner models. The Green New Deal, championed by US Democrats, includes electric vehicles as part of the strategy for reaching net-zero global emissions by 2050. There is also the added benefit in improving air quality in large cities, which many residents experienced temporarily when emissions, including from traffic, decreased during the Covid-19 lockdown. (Independent)

Robots could be coming for pandemic-hit jobs, McKinsey says

When European economies start to recover from the coronavirus, more jobs may be filled by robots and automation could possibly displace 53 million positions on the continent by 2030, according to a McKinsey Global Institute report. The nuber is equivalent of about 20 percent of the workforce. In the shorter term, there’s a large overlap between jobs that could disappear during the pandemic and those likely to be replaced by automation. For instance, almost 70 percent of jobs in the wholesale and retail sector are susceptible, the report said. The industry already has 5,411 positions at risk due to the pandemic. In accommodation and food services, another vulnerable area, 94 percent of jobs could be automated. “Covid-19 could accelerate some of the displacement once projected to take ten years,” the report authors said. Still, Europe’s working-age population is shrinking, meaning there could even possibly be a shortage in skilled labour. If there’s a full recovery by 2030, new jobs will fully or at least partially compensate for automation-related losses, the report said. (Straits Times)