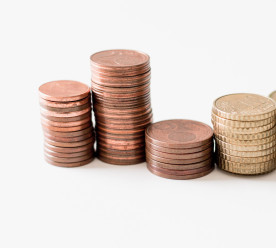 Larger employers should be forced to publish their ethnicity pay gaps to tackle inequality in the workplace, an MP has said. Liberal Democrat MP, Layla Moran, said the Black Lives Matter protests following the death of George Floyd at the hands of American police provide an opportunity to tackle “ingrained issues” in society. She has asked business lobby groups the CBI and British Retail Consortium (BRC), as well as the Trades Union Congress (TUC) for help in writing legislation to make companies with 250 or more employees publish their ethnicity pay gap. The proposed bill would build on laws which already make firms of this size publish their gender pay gaps. The Tory party pledged in its 2017 election manifesto to “ask” large employers to publish information on their ethnicity pay gap, but the government has not introduced any proposals following a consultation which ended in January 2019. After Boris Johnson replaced Theresa May as Tory leader and prime minister, the commitment was not included in the party’s 2019 election manifesto. (HuffPostUK)

Environmental groups have accused Russian mining firm Nornickel of emphasising the role of climate change in last week’s historic Arctic oil spill in part to avoid punishment for its ageing infrastructure and potential negligence in the accident. The World Wildlife Fund and Greenpeace Russia said that although climate change likely played a role in the spillage of more than 20,000 tons of diesel fuel from the Nadezhda plant, the risks of thawing permafrost to Arctic infrastructure were publicly known and could have been addressed months or years earlier. The accident is one of the largest in Russian history and had been compared by Greenpeace to the Exxon Valdez spill. The operational director for the mining firm Nornickel, Sergei Dyachenko, had earlier denied that negligence at its subsidiary could have caused the accident. In a company press release, he said that “anomalously warm temperatures” may have sped the thaw of permafrost beneath a gas tank and led to its collapse.  (The Guardian)

The boss of technology companies Twitter and Square, Jack Dorsey, has said that both firms will honour Juneteenth as a company holiday in America. Juneteenth is observed by many African-Americans on 19 June every year to mark the emancipation from slavery in the US. Jack Dorsey also said Twitter was working to identify which days it made most sense to recognise the end of slavery in other countries. The announcement comes as companies respond to Black Lives Matter protests around the world. The roots of Juneteenth date back to 1865, when Union Army General Gordon Granger arrived in Texas to spread news that the American Civil War had ended and slavery along with it. Mr Dorsey made the announcement in a series of tweets, saying it would be a “day for celebration, education, and connection”. The announcement comes as other major US companies have voiced their support for the Black Lives Matter protests for racial justice after the death in police custody of African-American man George Floyd. (BBC)

Sourcing raw materials and tracking their sustainability is set to become easier for fashion brands with a new partnership between Google and World Wildlife Fund (WWF) Sweden. The partnership will analyse more than 20 commonly used raw materials, including synthetics and natural products, via a dashboard being built specifically to help fashion brands. The two organisations will score each material and sourcing location on details such as water scarcity and air pollution and will estimate impacts such as greenhouse gas emissions, building on an earlier project tracking of cotton and viscose. The aim is to combine Google’s machine learning capabilities with WWF’s knowledge of the environmental impact of a product’s lifetime from its work with IKEA, to help brands make better decisions on which raw materials and suppliers. Google declined to name brand partners, although it worked with Stella McCartney on the test pilot and says that multiple luxury, denim and athletic brands have signed on to participate. (Vogue Business)

As of midnight today (10 June), Britain has had no coal-fired power generation on its grid for a full two months – the longest period since the Industrial Revolution. Official National Grid data confirmed the milestone, which has been partly attributed to the impacts of Coronavirus. When Britain’s lockdown was announced in late March, domestic electricity demand increased but national electricity demand plummeted and is around 12-13% lower on a daily basis than it was this time last year. In response National Grid took Britain’s four operational coal-fired power plants off the network. It is worth noting that seasonal factors are also at play. Temporary shutdowns of coal plants due to lower demand in spring 2019, resulted in 650 hours of coal-free generation. However, with National Grid claiming that it is unable to forecast when any of Britain’s coal plants will come online again, and given the UK Government’s recent decision to bring the ban on domestic coal-fired power generation forward from 2025 to 2024, experts are hailing the announcement as a climate milestone. (edie)