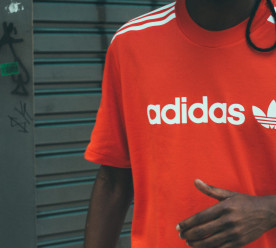 Adidas North America this week is expected to release a detailed plan in response to criticisms from employees that the company hasn’t done enough for black employees and the black community. Last week it was reported that a 150-employee coalition is pushing for change at the company. Employees say Adidas hasn’t done enough to support black employees despite the company’s public calls for eliminating racism in advertising and on social media. On Friday, roughly 100 employees protested at noon in front of the company’s North American headquarters in Portland. A spokesperson said employees will continue to gather at noon outside of the North American headquarters until the company apologies to black employees. Separately, the coalition of Adidas employees, according to Footwear News, wants the company to invest in black employees, the black community and racial justice and tie those efforts to accountability metrics. Adidas acknowledged the criticisms in a lengthy statement. (Biz Journals)

A team of British scientists developing a coronavirus vaccine has set up a special company to distribute it if they are successful, rather than partnering with a big pharmaceutical company, to ensure access for the world’s poorest. The scientists from London’s Imperial College hope to bring a low-cost vaccine to the world early next year via a social enterprise — a company that seeks to do good as well as making a profit. “Right now we think the focus should be on how to solve the problem rather than how to make money out of it,” said Simon Hepworth, director of enterprise at Imperial. “Social enterprise fits with our mission – applying scientific discoveries for the benefit of society,” he said. There is intense pressure to develop a vaccine for the new coronavirus, which has already cost hundreds of thousands of lives and millions of jobs globally, with about 100 candidates in development. (Thomas Reuters Foundation)

TEPCO Renewable Power, a unit of Tokyo Electric Power Company, plans to spend about 1-2 trillion yen (£7.3-14.5 billion) to develop 6-7 gigawatts (GW) of offshore wind and hydroelectric power projects by 2035, its president said. “We aim to boost our profit to 100 billion yen in 2030 from 40 billion yen now” through the investments, Seiichi Fubasami, president of TEPCO Renewable Power, told Reuters last week in an interview. Its parent TEPCO, which has been struggling to restart nuclear power stations after the Fukushima disaster of 2011, said in 2018 that it will develop 2-3 GW of offshore wind power each at home and abroad, and 2-3 GW of hydroelectric power overseas to help renewable energy become a core power source. “We are sticking to the goal despite the COVID-19 pandemic,” Fubasami said, adding his company plans to take around a 50% stake in the projects. (Reuters)

Coronavirus waste ending up in the ocean

Conservationists have warned that the coronavirus pandemic could spark a surge in ocean pollution – adding to a glut of plastic waste that already threatens marine life – after finding disposable masks and latex gloves scattered across seabeds. The French non-profit Opération Mer Propre, whose activities include regularly picking up litter along the Côte d’Azur, began sounding the alarm late last month. Divers had found what Joffrey Peltier of the organisation described as “Covid waste” – dozens of gloves, masks and bottles of hand sanitiser beneath the waves of the Mediterranean, mixed in with the usual litter of disposable cups and aluminium cans. The quantities of masks and gloves found were far from enormous, said Peltier. But he worried that the discovery hinted at a new kind of pollution, one set to become ubiquitous after millions around the world turned to single-use plastics to combat the coronavirus. “It’s the promise of pollution to come if nothing is done,” said Peltier. (The Guardian)

Investor-backed climate disclosure group CDP has published a list of just over 1,000 companies that have declined to provide relevant information on their environmental impacts to investors. A group of over 100 global investors holding over $10 trillion in assets have today publicly backed CDP flagship campaign to put pressure on some of the globe’s highest impact corporations. CDP issues information requests to listed companies on behalf of investors, asking for them to publicly disclose information on their greenhouse gas emissions, climate strategies, and policies relating to water use and deforestation. However, a significant number of companies fail to respond to some or all of CDPs information requests, despite its approach being backed by some of the world’s largest institutional investors and its information requests being in line with international standards. (Business Green)