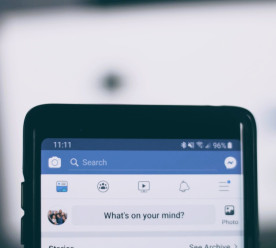 Facebook employees are staging a rebellion over Mark Zuckerberg’s refusal to act against Donald Trump, expressing their dissatisfaction with their boss on social media in a rare public display of dissent and, in some cases, staging a “virtual” walkout. Disagreement came from employees at all levels of the company, including some senior staff. Particular criticism was levelled at Zuckerberg’s personal decision to leave up the Facebook version of a tweet sent by Trump in which the president appeared to encourage police to shoot rioters. By contrast, Twitter hid the message behind a warning. Andrew Crow, the head of design for Facebook’s Portal video-phone, tweeted: “Giving a platform to incite violence and spread disinformation is unacceptable, regardless who you are or if it’s newsworthy. I disagree with Mark’s position and will work to make change happen.” Following the decision not to moderate the post, online therapy company Talkspace has said they will be ending the six-figure deal with Facebook. “We will not support a platform that incites violence, racism and lies,” the CEO Oren Frank tweeted. (The Guardian, CNBC)

Logistics firm UPS will offer the option to pay towards the offset of carbon emissions of shipped parcel deliveries throughout the month of June, to mark World Environment Day on Friday 5 June. UPS is offering the offset service through the UPS carbon neutral platform. The initiative will see UPS match small fees provided by shippers to offset the carbon footprint of shipping their parcels. Through the platform, a per-parcel flat rate offset price has been set at 10p for domestic shipments, 20p for shipments in the European Union, Liechtenstein, Norway and Switzerland, 50p for shipments outside the EU and £12.50 per pallet for UPS Worldwide Express Freight shipments. The offset options are verified by Société Générale de Surveillance (SGS) and the process also adheres to The CarbonNeutral Protocol from Natural Capital Partners. Since 2010, UPS has offset more than 60 million parcels a year for customers, equating to more than 100,000 metric tonnes of carbon emissions. (edie)

A corporate coalition calling for a faster shift to electric vehicles (EVs) in the UK has been launched today by green business non-profit The Climate Group in partnership with digital telecoms giant BT. Dubbed the UK Electric Fleets Alliance, the coalition is advocating for 100 percent EV sales in the UK by 2030, five years sooner than the government’s current proposals for a 2035 end date for the sale of new petrol and diesel cars. Moreover, the group is also calling for targeted policy support to enable businesses to switch their fleets to run on electricity, aiming to solidify commitments from senior ministers to make clean transport a priority for next year’s crucial COP26 global climate summit in Glasgow. Transport is currently the UK’s largest source of greenhouse gas emissions as well as being a major contributor to air pollution. The Climate Group also manages the EV100 campaign, through which a growing number of corporates, including BT, have pledged to transition their fleets to EVs, with commitments to date set to put over 2.5 million EVs on the roads worldwide by 2030. (Business Green)

Ikea is building on a commitment to becoming a fully circular business by 2030 by announcing a new strategic partnership with the Ellen MacArthur Foundation that will focus on advocating for closed-loop home furnishing designs and methods to promote circular offers to customers. The world’s largest furniture retailer is committed to becoming fully circular by 2030 and the new strategic partnership will aim to accelerate the transition to closed-loop business models and services and circular products. The main aims of the partnership will be to develop fact-based and transparent definitions of the circular economy and its applications, advocating for circular furniture design by engaging with young designers, lobbying for legislative changes where necessary, and promoting its own circular offerings to customers. Away from the design stage, Ikea is set to upscale trials of new models of furniture rental and refurbishment, the report confirms, and to expand its take-back offering for furniture and textiles recycling. (edie)

Plunging costs of renewables mark a turning point in a global transition to low-carbon energy, with new solar or wind farms increasingly cheaper to build than running existing coal plants, according to a new report. The International Renewable Energy Agency (IRENA) said the attractive prices of renewables relative to fossil fuel power generation could help governments embrace green economic recoveries from the shock of the coronavirus pandemic. Although scientists say the world needs to stage a much faster transition to mitigate the worst impacts of climate change, the annual report shows that wind and solar are increasingly competitive on price alone. More than half of the renewable capacity added in 2019 achieved lower power costs than the cheapest new coal plants, the report found. Auction results also suggest that the average cost of building new solar photovoltaic (PV) and onshore wind power now costs less than keeping many existing coal plants running, reinforcing the case for phasing out coal, the report said. (Reuters)