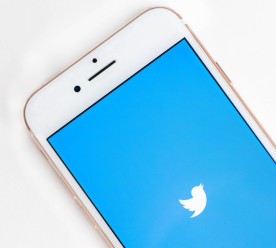 A post by US President Donald Trump has been given a fact-check label by Twitter for the first time. Mr Trump tweeted, without providing evidence: “There is NO WAY (ZERO!) that Mail-In Ballots will be anything less than substantially fraudulent.” Twitter put a warning label in the post and a subsequent tweet under its new policy on misleading information. President Trump responded by tweeting again, saying the social media giant “is completely stifling free speech”. Twitter’s link directs users to a page on which Mr Trump’s claims about mail-in ballots are described as “unsubstantiated”. The social media company cites reporting on the issue by CNN, the Washington Post and others. This is followed by a “what you need to know” section where Twitter corrects what it says are false claims by the US president. The social media company had pledged to increase the warning labels under false or misleading information on its site – but it has been slow to take steps against the US president. Twitter updated its policies on warning labels early this month. (BBC)

A sacred site in Western Australia that showed 46,000 years of continual occupation and provided a 4,000-year-old genetic link to present-day traditional owners has been destroyed in the expansion of an iron ore mine. The cave in Juukan Gorge in the Hammersley Ranges, about 60km from Mt Tom Price, is one of the oldest in the western Pilbara region and the only inland site in Australia to show signs of continual human occupation through the last Ice Age. It was blasted along with another sacred site on Sunday. Mining company Rio Tinto received ministerial consent to destroy or damage the site in 2013 under Western Australia’s Aboriginal heritage laws, which were drafted in 1972 to favour mining proponents. One year after consent was granted, an archaeological dig intended to salvage whatever could be saved discovered the site was more than twice as old as previously thought and rich in artefacts, including sacred objects. (The Guardian)

The food waste start-up Apeel Sciences has received $250 million in new financing, pushing the California-based company’s valuation to more than $1 billion. The lead backer on the latest round is Singapore’s sovereign wealth fund GIC, which explicitly embeds sustainability considerations into its investments. Other “participating” investors are Viking Global Investors, Upfront Investors, Tao Capital Partners and Rock Creek Group. There are also two highly recognisable minority “non-participating” investors: pop star Katy Perry and media queen Oprah Winfrey, who previously invested in Apeel in 2019. The start-up’s product is a peel – made from fruit and vegetable matter – which extends the shelf life of the produce. Food waste is estimated to be responsible for generating close to six percent of global greenhouse gas emissions: which is three times the amount generated by the aviation industry. (Business Green)

Police in Karachi last week allegedly shot at hundreds of unarmed garment workers protesting outside a factory supplying denim for global fashion brands. Garment workers claimed to have been charged by police with batons outside a factory which is reported to have fired more than 15,000 workers since the start of the coronavirus pandemic, according to Nasir Mansoor from the National Trade Union Federation. He said some workers had been terminated without written notice. The workers were chanting slogans demanding better conditions and wages when police arrived. Across Pakistan, thousands of garment workers are battling against forced layoffs and months of unpaid salaries, as the deepening economic crisis caused by Covid-19 hits workers’ ability to support their families in the world’s fifth most populous country. (The Guardian)

Renewable energy company Ørsted and Copenhagen Airport are amongst the consortium of businesses aiming to develop a hydrogen and sustainable transport fuel facility in the heart of the Danish capital. The project has the potential to displace 5% of fossil fuels at Copenhagen Airport by 2027 and 30% by 2030. Ørsted and Copenhagen Airports, are working with shipping giant Maersk, Danish logistics firm DSV Panalpina, ferry firm DFDS and airline SAS on a new sustainable fuels facility which could become operational by 2023. The first phase, targeted for 2023, would see a 10MW electrolyser constructed that would produce renewable hydrogen that would be used as fuel for buses and trucks. By 2027, a 250MW electrolyser facility would be installed and powered by renewable electricity sourced from the nearby Bornholm offshore windfarm. The finale stage, which could be fully operational by 2030 would see the capacity reach 1.3GW, enough to supply the creation of more than 250,000 tonnes of sustainable fuel to be used across all transport types in the city. (edie)