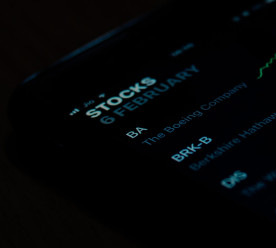 The US asset management industry’s top regulator has warned about the risks of relying on simple ratings when considering environmental, social or governance (ESG) issues as part of an investment decision. Jay Clayton, chairman of the Securities and Exchange Commission (SEC), said any analysis that combined separate ESG metrics into a single ESG rating would be “imprecise”. “I have not seen circumstances where combining an analysis of E, S and G together, across a broad range of companies, for example with a ‘rating’ or ‘score’, particularly a single rating or score, would facilitate meaningful investment analysis that was not significantly over-inclusive and imprecise,” said Mr Clayton. The SEC has asked for feedback from asset managers about ESG ratings as concerns rise about the spread of so-called greenwashing by companies that make misleading claims about their environmental credentials to appeal to unsuspecting investors. “Funds labelled as ESG could disappoint investors, not because of investment returns but because they fall short on demonstrating their social and environmental impacts,” said Jon Hale, global head of sustainability research at Morningstar. (Financial Times*)

Childcare pressures and a reduction in paid working hours brought about by the coronavirus lockdown could risk reversing some of the progress made in closing the gender pay gap, according to a report by independent research organisation, the Institute of Fiscal Studies. Mothers are more likely than fathers to be interrupted during their working day while in lockdown and are spending less time on work and more time on household chores and childcare, the report claims. These factors, along with other career hurdles brought about by the coronavirus pandemic, are likely to have long-lasting effects on mothers’ professional lives and slow down progress in narrowing the gender pay gap. However, the increase in the time fathers are spending on childcare responsibilities could encourage mothers and fathers to take a more equal share after lockdown ends. (Personnel Today)

Focusing on improving the water supply in developing nations could be a powerful way to fight the scourge of plastic waste in the oceans, experts have said, highlighting that the issue has received little attention. People in developing countries, and many middle-income countries, often rely on plastic bottles of water as their piped water supply can be contaminated or unsafe, or perceived as such. “It is an issue, as the water supply system has problems with water quality in many countries,” said Brajesh Dubey, professor of civil engineering at the Indian Institute of Technology Kharagpur, co-author of a new “blue paper” on the problem of plastic waste in the oceans. “The obvious solution is building a safe water supply infrastructure which ensures quality supply.” The report’s key recommendations are to improve wastewater and stormwater management, and to build local systems for safe food and water which would remove the need for plastic bottles. (The Guardian)

‘Substantial quantities’ of microplastics from tyres contaminating rivers and oceans

Vehicle tyres have been confirmed as a leading source of microplastic pollution in the ocean and rivers, according to research led by the University of Plymouth. The government-funded research warns that roughly 100 million square metres of the UK’s river network, and more than 50 million square metres of estuarine and coastal waters, could be contaminated by tiny plastic particles shed from tyres. “Scientists have long suspected that tyre debris is posing a hidden threat to the marine environment. However, there have been few studies measuring abundance in aquatic environments,” said lead author, and head of the International Marine Litter Research, Professor Richard Thompson. “Now we have a clearer indication on quantities we need to gain a better understanding on transport in the environment and the potential impacts on marine life.” Professor Thompson said that his team would now work with industry and policy makers to identify solutions that could spur changes in behaviour, product design, and waste management to curb microplastics’ damage to the environment. (BusinessGreen)

The independent charitable foundation the Berkeley Foundation won multiple awards at Third Sector’s 2020 Business Charity Awards, including Business of the Year for its work with the London-based youth charity the Change Foundation. The foundation won both the Mid-Term Partnership of the Year award and Business of the Year for its support of Street Elite, a project working to upskill young people aged 16 to 24 living in some of London’s hardest-to-reach boroughs, and support them into making positive life choices using the power of sport. “The Berkeley Foundation is a great example of an organisation going above and beyond to embed a culture of supporting community causes at all levels,” said Business Charity Awards judge Orlaith McGuinness, LBG development coordinator at Corporate Citizenship. “Berkeley’s commitment to the communities it serves is only further strengthened by the outstanding level of employee engagement across the group.” Other winners included ITV, which won Corporate Social Responsibility Team of the Year, and Cadbury, which was awarded Marketing Partnership of the Year for its campaign with Age UK. (Third Sector)*