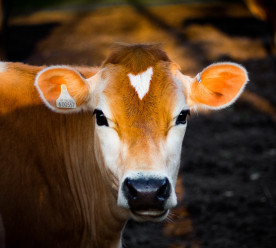 The head of commodities research at investment bank Goldman Sachs, Jeff Currie, believes the two big commodity stories looking ahead to 2021 and beyond will concern oil and livestock. While the shock to energy markets has been well documented, with U.S. oil prices tumbling into negative territory for the first time ever last month, Currie said he believes the only other commodity market “looking as precarious as oil” was livestock. With countries effectively shutting down to prevent the spread of the coronavirus, the food industry has been severely impacted. Restaurants closure has led to a collapse in food demand from the hospitality industry. This has reportedly forced some U.S. farmers to let fresh fruit and vegetables perish and pour excess milk away. Meanwhile, an uptick of Covid-19 cases in meat processing plants has led to some closures and a slowdown in production. At the same time, food banks have reported massive shortages. (CNBC)

Social networking platform Twitter has told staff that they can work from home “forever” if they wish as the company looks towards the future after the coronavirus pandemic. The decision came as the social media giant said its work-from-home measures during the lockdown had been a success. But it also said it would allow workers to return to the office if they choose when it reopens. Earlier this month Google and Facebook said their staff can work from home until the end of the year. The announcement has been described as “an era-defining moment” by Sree Sreenivasan, a Loeb Visiting Professor of Digital Innovation at the Stony Brook University School of Journalism. The San Francisco-based company employs more than 4,000 people across its global offices. It has allowed employees to work from home since March and doesn’t expect to reopen its offices before September. (BBC)

The returns from a $1.1 billion fund managed by the heirs of the billionaire founder of Standard Oil have outstripped industry averages, despite their decision to divest from fossil fuels five years ago. A case study published by the Rockefeller Brothers Fund (RBF) notes that its investment portfolio has exceeded expectations and outstripped industry benchmarks since the company decided to largely exit fossil fuel assets. According to the study, the RBF posted an average annual net return of 7.76 percent over the five-year period that ended in December last year. But in the same period, an index portfolio made up of 70 percent stocks and 30 percent bonds, including coal, oil, and gas holdings, returned a full percentage point less, at 6.71 percent. The RBF portfolio was also revealed to be less volatile than the industry benchmark, with 27 percent less “annualised standard deviation” than the yardstick – meaning it has had smaller swings in its value and may be considered less risky. (Business Green)

German lender Deutsche Bank plans to pump at least 200 billion euros into so-called sustainable financing and investments by 2025, its first formal targets for doing so. The money will include loans provided by the bank, bonds placed on behalf of its clients and assets managed by its private bank. It does not include assets managed by its fund arm, DWS, it has said in a statement. The move is the latest by a leading global lender to showcase commitment to sustainable investing, as pressure builds on banks to support the globally agreed transition to a low-carbon and more environmentally friendly economy. Countries in Europe and elsewhere have also been looking at ensuring that sustainable investment is at the heart of economic recovery plans after the COVID-19 pandemic. Deutsche Bank said it would base its definition of sustainable activities on a planned European Union framework, known as the sustainable finance taxonomy or use its own “transparent criteria”. (Reuters)

The majority of the British public support proposals for weekly car-free days in town and city centres, according to poll results published yesterday. The results of a YouGov poll, commissioned by climate charity Possible, reveals that 54 per cent of respondents support the closure of town and city centres to non-essential vehicles once a week in order to open up space for pedestrians and cyclists. The results come just days after the government provided councils with new powers to reallocate space to cyclists and pedestrians as lockdown restrictions are gradually eased, but social distancing measures remain in place. The government revealed that it had fast-tracked the relevant statutory guidance on Saturday, as it unveiled the details of the first £250 million tranche of an unprecedented £2 billion multi-year cycling and walking funding package. Possible director of innovation Leo Murray said the poll results show that ” the majority of the British public want urgent action to make walking and cycling safer where they live and work”. (Business Green)

Image Source:  Day on the farm by Luke Stackpoole on Unsplash.