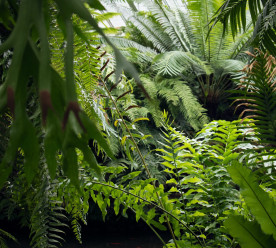 The European Commission, the European Union’s (EU) executive arm, is considering whether to impose new reporting requirements on firms to shield them from growing risks of biodiversity loss and pandemics, as the EU grapples with the COVID-19 outbreak. A document has been drafted to attract comments from experts and the wider public on next possible legislative steps to strengthen financial sustainability. Among the issues on which Commission officials are seeking advice is linking managers’ bonuses with carbon reduction results and green capital requirements. The draft public consultation asks whether biological risks should be taken into account in a more comprehensive manner when companies disclose investment strategies, in light of the growing negative impact these exposures have on profitability and long-term prospects. The document, which is expected to be published in the coming days and could lead to legislative proposals at a later stage, says the COVID-19 epidemic is showing more clearly the risks associated with human activity and biodiversity loss. (Reuters)

UK food retailer the Co-op hopes to raise £30 million to help those hardest hit by the coronavirus lockdown by allowing members to donate their unspent shopping reward points to a new support fund which will also draw on the chief executive’s salary. The company estimates that its 4.6 million members have built up points worth £30 million by earning a reward of 5 percent every time they buy a Co-op brand or service. It is now encouraging them to donate these points to its new coronavirus fund. Steve Murrells, Co-op’s chief executive, has promised to top up the fund by donating 20 percent of his salary for the next three months to help support food banks, a funeral hardship fund and other frontline community causes. The retailer said members could now visit their online ‘wallet’ on the Co-Op website and choose to donate the reward points to the Co-Op members’ coronavirus fund. (The Guardian)

McDonald’s has been hit with a class action lawsuit accusing it of subjecting female employees in its fast-food restaurants in Florida to widespread sexual harassment. The lawsuit says the company fostered a climate of “severe or pervasive sexual harassment and a hostile work environment, including groping, physical assaults, and sexually-charged verbal comments.” McDonald’s said in a statement that it was committed to ensuring workers were not subject to sexual harassment. The two plaintiffs are seeking to represent a class of female employees of Florida’s more than 100 corporate-owned, non-franchise McDonald’s locations. They are asking for $500 million in compensatory damages and additional punitive damages. They said in their complaint that McDonald’s failed to provide training to prevent sexual harassment and shuffled serial harassers from one location to another without consequence. The lawsuit also said management knew of the harassment of both women but failed to take appropriate action, the lawsuit said. (Thomas Reuters Foundation)

BlackRock to advise EU on environmental rules for banks

BlackRock, one of the world’s largest investors in banks and fossil fuel companies, has been hired by the EU to work on potential new environmental rules for banks. Campaigners raised concerns about potential conflicts of interest, given BlackRock’s widespread financial interests in sectors that could be directly impacted by new environmental rules. The European Commission said this week that BlackRock had beaten eight other bidders on a contract to study how the EU could best integrate environmental, social and governance (ESG) factors into its banking supervision. BlackRock is the world’s largest investment manager, with $7.43 trillion in assets under management on 31 December, before the coronavirus pandemic caused a global market rout. The majority of those assets are in products that track equity and bond indices, meaning the company by default controls large stakes in many of the world’s biggest companies. (The Guardian)

Child labour on the rise in cocoa supply chains

Cases of child labour occurring in the cocoa supply chain are rumoured to have increased by 2 percent to more than two million children, according to a draft US Government report, while big businesses in the sector have been ranked on approaches to supply chain engagement. Media company Reuters has reportedly obtained a draft of a US Government-funded report looking into child labour in the cocoa industry. The previous iteration of the report found that 44 percent of children in families working in the cocoa sector were working under child labour conditions, back in 2014. The new draft report suggests that this figure has increased with more than two million children now working in the sector in countries that account for two-thirds of the world’s cocoa. Separate research from Tulane University suggests that around 2.1 million children work in the cocoa industry, 96 percent of which are working under conditions deemed hazardous. (edie)