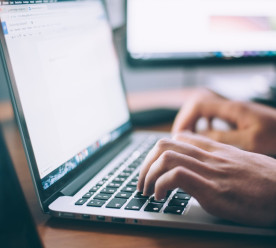 The European Data Protection Supervisor (EDPS) has called for a pan-European mobile app to track the spread of the new coronavirus instead of the current apps used in various EU countries which could breach people’s privacy rights. Faced with thousands of coronavirus-related deaths, Europe rolled out plan to launch phone-tracking apps to trace people who came into contact with those infected and to monitor people under quarantine. The measures have triggered criticism from some data privacy activists who worry that they may become permanent once the coronavirus crisis is over, while others doubt they will be effective unless most people agree to use them. The EDPS said the use of temporary broadcast identifiers and Bluetooth technology for contact tracing protected both privacy and personal data, but voiced concerns about the variety of apps sprouting up. Germany threw its weight behind a proposed technology platform, unveiled last week, that would make it possible to roll out apps that can help trace the path of infection across borders while preserving privacy. (Reuters)

Airline EasyJet has secured a £600m loan from the UK Treasury and Bank of England’s emergency coronavirus fund, as the airline’s founder and biggest shareholder, Sir Stelios Haji-Ioannou, claimed it would run out of cash by the year end regardless. The airline said it would also borrow another $500 million (£407 million) from commercial creditors to ensure its liquidity, with its fleet grounded for at least April and May due to the pandemic. The announcement came as Haji-Ioannou, who with his family owns just over a third of easyJet shares, demanded an emergency general meeting and called for the sacking of two directors. The Cypriot tycoon relaunched his attack on the airline’s management and its order for 107 “useless” planes from Airbus, saying his “main objective is to terminate the £4.5bn Airbus contract”. Additionally, EasyJet has now reached agreements with unions to furlough UK-based pilots and crew. About 4,000 of 9,000 will be furloughed during April and May. (The Guardian)

A letter from 165 global leaders has called for an $8bn emergency fund to bolster health systems in world’s poorer countries following concerns that the fight against Covid-19 is being hampered by a lack of united action by developed and developing nations. The group called for immediate and coordinated international action to tackle the twin health and economic emergencies caused by the Covid-19 pandemic. Past and present politicians joined academics and civil society representatives to warn the G20 that the virus will return unless urgent action is taken to improve health systems in poor countries of Africa and Latin America. The global leaders said $8bn (£6.4bn) of emergency health funding should be approved to prevent a second wave of infection of the new coronavirus. The letter called for debt relief for the poorest countries and an increase in the funds available to the international organisations International Monetary Fund and the World Bank. (The Guardian)

An EU-funded trial to test the performance of new wave energy technology has indicated promising potential to boost cost, efficiency and carbon savings. Led by wave energy specialist CorPower Ocean, the ‘WaveBoost’ project tested a new power take-off system for wave energy converters which it said helped boost annual electricity production by 27 per cent, while also helping to operate more safely and reliably. CorPower Ocean said the latest prototype also had 80 per cent fewer components, helping to reduce friction by 70 per cent and flow losses by as much as 90 per cent. Meanwhile, lifecycle analysis undertaken as part of the project found the carbon intensity of the technology was comparable with other renewables technologies in operation today, and 10 times lower than that of conventional gas power turbines. CorPower is aiming to introduce certified and warrantied wave energy converters to the market between 2023 and 2024. (Business Green)

A ‘mutant’ bacterial enzyme that breaks down plastic bottles for recycling in hours has been created by scientists. The enzyme, originally discovered in a compost heap of leaves, reduced the bottles to chemical building blocks that were then used to make high-quality new bottles. Existing recycling technologies usually produce plastic only good enough for clothing and carpets. The company behind the breakthrough, Carbios, said it was aiming for industrial-scale recycling within five years. It has partnered with major companies including beverage producer Pepsi and cosmetics giant L’Oréal to accelerate development. Independent experts called the new enzyme a major advance. Campaigners say reducing the use of plastic is key, but the company said the strong, lightweight material was very useful and that true recycling was part of the solution. The scientists analysed the enzyme and introduced mutations to improve its ability to break down the PET plastic from which drinks bottles are made. They also made it stable at 72C, close to the perfect temperature for fast degradation. (The Guardian)