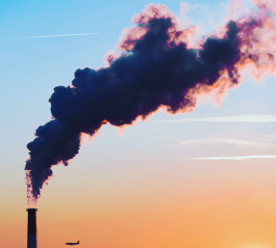 Retailer Primark has announced it will create a fund to help pay the wages of the millions of garment workers affected by its decision to cancel tens of millions of pounds worth of clothing orders from factories in developing countries. The pledge comes in response to claims that order cancellations to minimise Covid-19 profit losses have impacted millions of workers. In similar news, fashion giant H&M said on Tuesday that it is working with other companies to support garment workers in Bangladesh, where more than 2 million have been hit by factory closures as coronavirus lockdowns hit orders. Collectively, brands including Primark, retailers Matalan and Edinburgh Woollen Company have cancelled £1.4 billion and suspended an additional £1 billion of orders in Bangladesh alone as they scramble to minimise losses in the face of the Covid-19 epidemic. The move has already seen more than a million Bangladeshi garment workers lose their jobs or be sent home without pay. (The Guardian, Eco-Business)

Air pollution has been linked to significantly higher rates of death in people with Covid-19, according to analysis. The research, conducted by researchers at the Harvard TH Chan School of Public Health in Boston, shows that even a tiny, single-unit increase in particle pollution levels in the years before the pandemic is associated with a 15% increase in the death rate. The findings calculate that slightly cleaner air in Manhattan in the past could have saved hundreds of lives. Given the large differences in toxic air levels across countries, the research suggests people in polluted areas are far more likely to die from the coronavirus than those living in cleaner areas. The scientists said dirty air was already known to increase the risk of acute respiratory distress syndrome, which is extremely deadly and a cause of Covid-19-related deaths, as well as other respiratory and heart problems. The scientists said their findings could be used to ensure that areas with high levels of air pollution take extra precautions to slow the spread of the virus. (Edie)

Various companies have re-purposed their manufacturing processes to produce ventilators to help deal with coronavirus emergency. James Fisher & Sons, a Cumbria-based offshore oil and gas services company has said it is ready to produce 2,000 ventilators a week to join the national effort to produce tens of thousands of machines to treat coronavirus patients. The James Fisher ventilators are not designed for intensive care use, but the company said they can be used to relieve pressure on ICU beds by providing breathing support in “pre-critical temporary wards or care homes”. Similarly, defence firm Babcock said it will be manufacturing 10,000 ventilators. In the US, clean energy giant Tesla is working on a ventilator made largely from car parts. Tesla employees did not indicate when the ventilator they’re working on might be ready for mass production and they did not respond to requests for more details on the project. Separately, SpaceX, the commercial space company also led by Tesla CEO Elon Musk, is making a critical part for Medtronic ventilators. (The Guardian, BBC, CNN)

Oil giant Shell has announced it has made progress on reducing its carbon footprint through a raft of low carbon initiatives, but concerns remain over incremental pace of decarbonisation. The company has reiterated its commitment to slashing its carbon footprint, despite the challenges presented by the coronavirus crisis and plunging oil price. Shell’s CEO, Ben van Beurden, has stressed that the company must “further step up efforts on all fronts, from climate change to ethical leadership to greater transparency”. The comments came in the foreword to oil giant’s annual Sustainability Report, which provides an update on its progress against its emissions reduction goals and its fast-expanding clean energy investment programmes. Additionally, Shell has stepped up its involvement in a raft of cross-industry climate initiatives, including the Oil and Gas Climate Initiative (OGCI) and the Getting to Zero Coalition, which brings together more than 90 companies to find a way to put a commercially viable net-zero emissions ship to sea by 2030. (Business Green)

Cancer Research UK to cut funding for research by £44m

Cancer charities Cancer Research UK and Macmillan are to lose hundreds of millions in funding amid the coronavirus crisis. The charities have become the latest victim of the multibillion-pound fundraising crisis sweeping the voluntary sector as a result of the virus outbreak, warning that a shortfall of donations will set back progress on fighting the disease. Cancer Research UK announced it is to drastically scale back its research plans after the cancellation of a range of fundraising events and the closure of charity shops meant it will lose up to a quarter of its donated income over the next 12 months – about £120 million. Cancer Research UK admitted that the blow to its finances and research capacity could set back its fight against the disease for many years. Estimates by the sector anticipate charities will lose between 35% and 50% of their annual income due to the impact of coronavirus on some fundraising events which are being cancelled or postponed. (The Guardian)