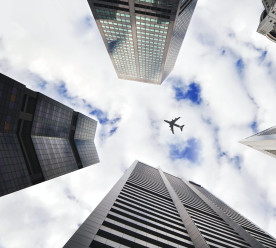 More than 250 trades unions and environment groups globally have signed an open letter opposing plans for bailing out the aviation industry. The letter to governments demands that any bailouts lead to better labour conditions and a cut in emissions. They say aviation should make changes already evident in other sectors amid the coronavirus lockdown. Thanks to a long-standing treaty, international aviation has largely been able to make its own rules. The campaigners say this must change now that firms are asking for new favours from governments. Their informal group is called ‘Stay Grounded’. Its spokesperson, Magdalena Heuwieser, said: “For decades the aviation industry has avoided contributing meaningfully to global climate goals and resisted the merest suggestion of taxes on fuel or tickets. Now, airlines, airports and manufacturers are demanding huge and unconditional taxpayer-backed bailouts. We cannot let the aviation industry get away with privatising profits in the good times, and expect the public to pay for its losses in the bad times.” (BBC)

Coronavirus: Climate Week NYC to be virtual event in 2020

Climate Week NYC, one of the most high-profile global events in the green economy calendar, is to go ahead as scheduled in September but will for the first time take place online as a result of the coronavirus crisis, organisers have announced. A raft of major global events have been postponed as countries seek to stem the spread of Covid-19, not least the critical COP26 UN climate summit which was due to take place in Glasgow in November, but has now been pushed into next year. However, green business non-profit The Climate Group today said its flagship event Climate Week NYC – a major platform for corporate net zero and decarbonisation pledges – would still be going ahead, but via a soon-to-be-launched virtual platform. It said the virtual platform would host a “full programme” of events throughout the week and potentially allow far more businesses, politicians, and citizens to take part than before, regardless of any travel or social distancing restrictions which may be in place at the time. (Business Green)

The United Nations’ biodiversity chief has called for a global ban on wildlife markets – such as the one in Wuhan, China, believed to be the starting point of the coronavirus outbreak – to prevent future pandemics. Elizabeth Maruma Mrema, the acting executive secretary of the UN Convention on Biological Diversity, said countries should move to prevent future pandemics by banning “wet markets” that sell live and dead animals for human consumption, but cautioned against unintended consequences. China has issued a temporary ban on wildlife markets where animals such as civets, live wolf pups and pangolins are kept alive in small cages while on sale, often in filthy conditions where they incubate diseases that can then spill into human populations. Many scientists have urged Beijing to make the ban permanent. Using the examples of Ebola in west-central Africa and the Nipah virus in east Asia, Mrema said there were clear links between the destruction of nature and new human illnesses, but cautioned against a reactionary approach to the ongoing Covid-19 pandemic. (The Guardian)

The $13.5 billion settlement made by Californian utility giant Pacific Gas & Electric in December to tens of thousands of people who lost homes in wildfires started by the utility’s equipment, may now be in danger due to the falling price of their shares. Some homeowners say they no longer intend to vote for the deal in bankruptcy court because half the money they are set to receive will be in PG&E shares. The shares’ value has tumbled in recent weeks in the broad stock sell-off prompted by the coronavirus pandemic. Three of the 11 victims on a bankruptcy court committee representing those with fire claims against PG&E have resigned. The remaining members rejected the deal in a court filing on Monday. The flare-up of opposition threatens a key element of PG&E’s reorganization plan. Unless the company can emerge from bankruptcy by June 30, it will be ineligible for a new state fund defraying damage claims from future wildfires — the kind of liability exposure that drove it into bankruptcy court last year. (The New York Times)

Almost three-quarters of new electricity generation capacity built in 2019 uses renewable energy, representing an all-time record. New data from the International Renewable Energy Agency (Irena) shows solar, wind and other green technologies now provide more than one-third of the world’s power, marking another record. Fossil fuel power plants are in decline in Europe and the US, with more decommissioned than built in 2019. But the number of coal and gas plants grew in Asia, the Middle East and Africa. In the Middle East, which owns half the world’s oil reserves, just 26 percent of new electricity generation capacity built in 2019 was renewable. The world has invested about $3 trillion in renewables over the past decade, according to Irena, but annual investments must double by 2030 to tackle the climate emergency. Francesco La Camera, director general of Irena, said the huge spending planned by governments in response to the coronavirus pandemic must support green initiatives rather than fossil fuels and not be tempted by short-term solutions. (edie)