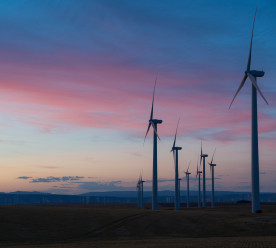 European Union (EU) leaders have agreed that the bloc’s coronavirus economic recovery plan should take heed of its aim to fight climate change after fears the pandemic will make the EU climate targets harder to reach. The 27 EU leaders called on the European Commission to start preparing “a comprehensive recovery plan” for the economy that integrates green and digital aspects. Although the details of the plan itself still have to be worked out, a statement said they had agreed that it should be consistent with the “green transition”, the phrase the EU uses to describe the aim of reducing emissions that heat the planet. The endorsement of green policies as part of the EU’s post-pandemic response was hailed as a victory by environmental groups after Poland and the Czech Republic earlier called for suspending or even ditching the European Green Deal in order to focus all efforts on the health crisis. (edie, Reuters)

Coronavirus: Carmakers accused of trying to use crisis to avert emissions crackdown

The motor industry has been accused by campaigners of trying to use the coronavirus crisis to avert stricter environmental regulation. The news follows correspondence showing carmakers had lobbied the EU to defer impending laws. The European carmakers’ association, ACEA, and other groups representing the supply chain called on the EU to delay implementing regulations because the pandemic had affected its “plans to comply”. Laws due to come into effect include tougher targets on vehicle CO2 emissions. In a letter to the EU commission president, Ursula von der Leyen, the groups said production and sales of cars had stalled in many countries and companies were facing a cash crisis. European laws on CO2 emissions of new vehicles have applied since 2015 and a further tightening of the rules is due in January 2021. Manufacturers could potentially face huge fines for non-compliance, although the targets have pushed production towards less polluting cars. (The Guardian)

The US agriculture giant Monsanto and the German chemical giant BASF have been accused of knowing for years that their plan to introduce a new agricultural seed and chemical system would likely lead to damage on many US farms. Internal documents seen by the Guardian show that risks were downplayed while they planned how to profit off farmers who would buy Monsanto’s new seeds just to avoid damage. The documents, unearthed during a recent successful $265m lawsuit brought against both firms by a Missouri farmer, date back more than a decade and also reveal how Monsanto opposed some third-party product testing in order to curtail the generation of data that might have worried regulators. In some of the internal BASF emails, employees appear to joke about sharing “voodoo science” and hoping to stay “out of jail”. Both Monsanto and BASF defended their products and their different roles in bringing the new product to market. (The Guardian)

American technology multinational Microsoft has said it would sell its stake in AnyVision, an Israeli facial recognition startup, and said it no longer would make minority investments in companies that sell the controversial technology. The decision marks a policy change for the software maker, which has aimed to shape how the technology industry approaches facial recognition. Microsoft has laid out principles to guide its own development of the technology, saying it should perform without bias and must not impinge on democratic freedoms. Microsoft came under scrutiny last summer for participating in a $74 million funding round for AnyVision, which critics said contradicted the company’s principles. AnyVision, based outside Tel Aviv, has faced media reports that its technology was used to surveil Palestinians who lived in the occupied West Bank. Microsoft later hired former U.S. Attorney General Eric Holder and a team from Covington & Burling to investigate the claims. (Thomas Reuters Foundation)

California has adopted a new emissions target for its electric sector that would double the state’s clean energy capacity over the next decade and close the door to development of new natural gas plants, but green groups said the goal was not aggressive enough. The state’s Public Utilities Commission set a target of reducing greenhouse gas emissions to 46 million metric tons by 2030, 56 percent below 1990 levels. The goal outpaces the state’s overall goal of slashing emissions to 40 percent below 1990 levels by 2030. California electricity providers will need to develop nearly 25 gigawatts of renewable energy and battery storage to achieve the goal, nearly double the amount the state has currently. The agency anticipates 8,900 MW of energy storage will be included in that total, or about eight times more than existed in the entire United States at the end of 2018. (Thomas Reuters Foundation)