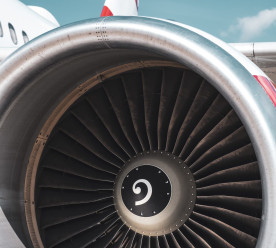 Coronavirus: GE workers walk off the job and demand they build ventilators

American utilities giant General Electric has seen factory workers walk off the job on Monday in protest to demand the company uses its factories to produce ventilators in the fight against the coronavirus. As the peak of coronavirus infections and deaths is still nearly two weeks away, GE workers have demanded the company convert its jet engine factories to begin producing ventilators. Vice News reported that workers at the company’s Massachusetts aviation facility stood six feet apart and held a silent protest. Union members at the Boston headquarters marched six feet apart and said the company should retrofit its spaces to fight the pandemic. The protests come days after GE announced it would lay off 10 percent of its domestic aviation workforce, resulting in job losses for nearly 2,600 workers. In addition to the layoff, the company also said it would temporarily lay off half of its maintenance workers in hopes it would save the company “$50 million to $1 billion.” (Independent)

Pressure is building on tech giant Amazon and other delivery firms to improve protections for workers worried about getting infected with coronavirus. Some US workers at Amazon and US food delivery firm Instacart are threatening strikes and have accused the firms of not providing proper protections. The companies have said they are taking extra precautions, amid booming demand for delivery services due to the virus. Amazon has earlier faced strikes by workers in France and Italy and has been hit by legal complaints over the issues in Spain, according to a global alliance of unions coordinated by UNI Global Union. In similar news, online fashion retailer Asos, has also been criticised by staff who say they are scared to come to work at its distribution centre in Barnsley because they are not being sufficiently protected. More than 98 percent of more than 460 workers who took part in a survey carried out by the GMB Union said they felt unsafe at the warehouse in, even after new safety measures were introduced last week. (BBC, The Guardian)

British bank Barclays has bowed to investor pressure over its climate track record and announced plans to shrink its carbon footprint to net zero by 2050. The bank has pledged to align all of its financing activities with the goals and timelines of the Paris agreement, starting with the energy and power sectors, and to publish “transparent targets” to track its progress. The proposal will be put to an investor vote at its annual general meeting in May and is part of the response to a separate shareholder resolution urging the bank to phase out all lending and services to energy and fossil fuel companies that fail to align with Paris climate goals. The campaign group ShareAction – which spearheaded the shareholder vote – said the net zero commitment was a “milestone announcement” for the lender. However, ShareAction is calling on investors to back both resolutions, to ensure the bank actually pulls its services from the largest carbon emitters, rather than just offsetting them with alternative investments or services to other sectors. (The Guardian)

Four of the world’s largest users of plastic packaging – Coca-Cola, PepsiCo, Unilever and Nestlé – are responsible for half a million tonnes of plastic pollution that are burnt or dumped each year in six developing countries. This is the finding of a new report by international development and relief agency Tearfund. It claims that single-use bottles, sachets and packets produced by the companies are being burnt in China, India, the Philippines, Brazil, Mexico and Nigeria at an alarming rate and contributing to the climate crisis in the process. The ‘Burning Question’ report found that the four global companies create enough plastic pollution to cover 83 football pitches every day. The plastic is burnt or discarded as the nations don’t have the capacity or recycling infrastructure to handle that volume of material. According to the report, the wastage that is burnt creates emissions equivalent to 4.6 million tonnes of CO2 – the same as two million cars on UK roads. (edie)

Japan has maintained its carbon emissions reduction target in its updated emissions plan submitted to the United Nations as part of an international process to address climate change. The government stuck to its 2030 target of cutting emissions by 26 percent from 2013 levels in submitting its Nationally Determined Contribution to the UN.  While Britain and much of Europe aim to cut carbon emissions to net zero by 2050, Japan is the only G7 nation still building new coal-fired power plants, one of the main sources of climate-warming emissions. Investors managing $37 trillion in assets earlier this year urged Japan to slash the country’s carbon emissions, saying that a strong signal from Tokyo could help kick off international climate action ahead of a UN summit in Glasgow in November. With climate change increasingly topping lists of investor concerns, Bank of Japan Governor Haruhiko Kuroda told the World Economic Forum in Davos in January that Japan should do more to cut emissions and mitigate the risks climate change poses. (Thomas Reuters Foundation)