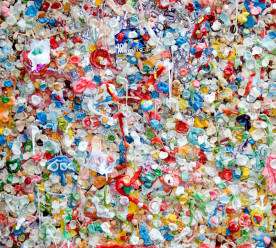 Luxury designer brand Ralph Lauren is to start making medical masks and gowns to lend its support to the coronavirus fight. The fashion firm announced the shift in production through its charitable arm on Thursday. The Ralph Lauren Corporate Foundation will start making 250,000 masks and 25,000 isolation gowns in the US. Other fashion brands have also pledged to help make urgently needed medical wear. The foundation is also donating $10m (£8.2m) towards the global response to the coronavirus pandemic. Other well-known retailers are also shifting production lines to manufacture face masks and gowns. Luxury coat brand Canada Goose said it would begin making gowns to be donated to healthcare workers. The production will start at two of its previously closed Canadian manufacturing facilities next week, with the initial goal of producing scrubs and gowns. San Francisco-based Gap said it would also use its factories to make protective gear while using its connections in the global supply chain to get protective masks and gowns. (BBC)

The fast food company Leon is bringing together restaurants, food distributors and suppliers to deliver free daily hot meals to NHS critical care staff. The ‘FeedNHS’ initiative is also being backed by the Wasabi, Abokado and Franco Manca chains. It comes after it emerged that as much as £20 million of food with a shelf life of less than three months is lying in warehouses after the government ordered the closure of millions of hospitality businesses to prevent the spread of coronavirus. The initiative will begin working with Imperial College Healthcare NHS trust and University College London Hospitals NHS foundation trust to deliver 5,600 meals a day to five of their major hospitals. Suppliers and wholesalers still have delivery networks and production teams as well as food. John Vincent, the chief executive of Leon, said he hoped he could bring together entrepreneurs across the industry to harness their resources to feed NHS workers. (The Guardian)

Mondelēz International, owner of chocolate producers Cadbury and Toblerone, claims to have mapped almost all its cocoa suppliers in its chocolate supply chains as part of its drive to combat deforestation. Through the ‘Cocoa Life’ programme, the firm said it had now mapped 100 per cent of the cocoa farms registered through the scheme in Ghana, Côte d’Ivoire, and Indonesia. It is now also working to map any farms which newly registered in 2019. Meanwhile, more than 134,000 farmers across these three countries have also been offered sustainable agricultural training aimed at increasing yields and boosting climate resilience and biodiversity. The programme forms part of the Mondelēz International’s wider sustainability efforts, which in January saw the firm’s target to reduce its Scope 1, 2 and 3 greenhouse gas emissions by 10 per cent by 2025 from a 2018 baseline approved by the Science Based Targets initiative, which is based on a ‘well below’ 2C global warming trajectory. (Business Green)

A bacterium that feeds on toxic plastic has been discovered by scientists. The bug not only breaks the plastic down but uses it as food to power the process. The bacterium, which was found at a waste site where plastic had been dumped, is the first that is known to attack polyurethane. When broken down it can release toxic and carcinogenic chemicals which would kill most bacteria, but the newly discovered strain is able to survive. While the research has identified the bug and some of its key characteristics, much work remains to be done before it can be used to treat large amounts of waste plastic. Hermann Heipieper, at the Helmholtz Centre for Environmental Research-UFZ in Leipzig, Germany, said it might be 10 years before the bacterium could be used at a large scale and that in the meantime it was vital to reduce the use of plastic. (The Guardian)

British American Tobacco (BAT) has announced a new ambition to achieve carbon neutrality by 2030 and eliminating unnecessary single-use plastics by 2020. BAT outlined the carbon-neutral ambition as part of it’s ‘A Better Tomorrow’ strategy, which also commits the company to eliminate unnecessary single-use plastics and to make all plastic packaging recyclable by 2020. The strategy was unveiled alongside the BAT’s sustainability report. The report reveals that the company has reduced emissions by 47% since 2000 and by 9.5% against a 2017 baseline. Specifically, 1,000 tonnes of carbon dioxide equivalent have been saved annually by removing silicon caps from Vype e-liquid pods, which are being introduced as BAT aims to increase the use of non-combustible products to 50 million by 2030. The sustainability report also notes that a 13.1% reduction in water withdrawals against a 2017 baseline has been recorded, with the company aiming for 35% by 2025. Additionally, 99% of wood fuel used by 90,000 directly contracted farmers for curing came from sustainable sources in 2019. (Edie)