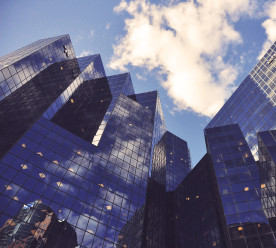 Banks have been criticised by firms and MPs for insisting on personal guarantees to issue government-backed emergency loans to business owners. The requirement loads most of the risk that the loan goes bad on the business owner, rather than the banks. It means that the banks can go after the personal property of the owner of a firm if their business goes under and they cannot afford to pay off the debt. Their main home would be protected but the bank could go after other assets. Those can include things like personal savings, shares or holiday homes. And some think that will stop business owners from making use of the emergency loan scheme, which the government put in place to stop businesses from going under during the coronavirus crisis. According to UK Finance, formerly the British Bankers Association, the scheme should offer loans of up to £5m, where the government promises to cover 80% of losses if the money is not repaid. But: “Lenders may require security for the facility.” (BBC)

The plastic bag industry, subject to a wave of bans nationwide, is using the coronavirus crisis to try to block laws prohibiting single-use plastic with claims that reusable bags are unhygienic. Last week, the Plastics Industry Association, who are lobbying to quash plastic bag bans, sent a letter to the United States Department of Health and Human Services requesting that the department publicly declare that banning single-use plastics during a pandemic is a health threat. The science around reusable bags and their potential to spread disease is contentious. A study by researchers at the University of Arizona and Loma Linda University found that reusable plastic bags can contain bacteria, and that users don’t wash reusable bags very often. The study was funded, however, by the American Chemistry Council, which represents major plastics and chemicals manufacturers. Environmental experts stress that single-use plastics can still harbour viruses and bacteria they pick up from their manufacturing, transport, stocking or use. (New York Times)

Investors write to businesses calling for action on human rights

Hundreds of investors have written to global companies deemed to be performing poorly on human rights indicators, calling for immediate action to improve standards across operations and value chains. The Investor Alliance for Human Rights consists of 176 international investors accounting for more than $4.5 trillion in assets under management. The group has issued a letter to the companies that ranked poorly on the Corporate Human Rights Benchmark (CHRB), which was issued earlier this month. The CHRB analysis uses publicly available data to assess the world’s largest listed companies in four high-risk industries – agricultural products, fashion, extractives and electronics manufacturing – against the UN Guiding Principles for Business and Human Rights. The UN estimates that 40.3 million people globally are living in slavery, with three-quarters “hidden” in global supply chains. CHRB has concluded that stakeholder pressure – particularly from investors and consumers – has prompted many corporates to change their approach to human rights. (Edie)

The chief executives of 11 large corporations, including the beverage giant Coca-Cola, brewer AB InBev, and tech giant Microsoft have signed a new joint commitment to have a net-positive impact on water resources throughout their supply chains and operations. Orchestrated by the UN Global Compact (UNGC), the newly unveiled Water Resilience Coalition aims to elevate water stress within the corporate agenda and unify businesses in preserving the world’s freshwater resources. In order to join the Coalition, executives must pledge to deliver a measurable net-positive impact on water resources through to 2050, across all water-stressed basins and regions in their supply chains and direct operations. They must also vow to develop, implement, enable and support water resilience practices across 100% of the business’s global value chain. Other companies signed up to the Coaltion include drinks producer Diageo, clothing retailer Gap, PVH Corporation, beer producer Heineken and clothing giant Levi Strauss. (Edie)

England could face droughts in 20 years due to climate breakdown

Auditor general predicts drought in 20 years as demand rises and climate crisis reduces supply. England is in danger of experiencing droughts within 20 years unless action is taken to combat the impact of the climate crisis on water availability, the public spending watchdog says. The National Audit Office (NAO), in a report published on Wednesday, says some parts of England, especially the south-east, are at risk of running out of water owing to decreased rainfall and a need to cut the amount taken from natural waterways. Parliament’s auditor predicted that 4bn litres of additional water supply would be needed each day by 2050 to counter the growing risk of drought from the climate emergency. The amount of water will need to be slashed by almost 500m litres a day to ensure sustainable biodiversity can continue, while drier weather is expected to see a 600m litre daily reduction in rainfall. The report said during the past five years water companies had made little or no progress in reducing water consumption and cutting leakage. (The Guardian)