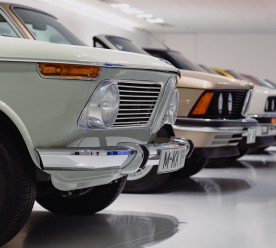 Several of the world’s largest carmakers, including Nissan and Toyota, have paused manufacturing lines in light of the coronavirus pandemic, including those producing electric vehicles (EVs). Executives at Nissan confirmed earlier this week that the firm’s Sunderland factory – home to one of the UK’s largest EV production lines – would close with immediate effect. The facility employs more than 6,000 full-time staff. Nissan said in a statement that it had taken the decision to close the factory due to difficulties sourcing parts from China, dwindling sales and health concerns of staff. Similarly, car giant BMW, with about 8,000 staff in the UK, has decided to stop the production in the country until the 17th of April 2020. Toyota and Honda said they would temporarily shut down their UK factories because of the coronavirus pandemic affecting sales and supply of parts. In North America, Ford and General Motors are among the firms also shutting factories due to the virus. (BBC, Edie)

The UK’s supermarket chains have announced tight new restrictions on purchases and called for regulations to be relaxed as they battle to keep food on the shelves while shoppers stockpile groceries. Asda and Tesco are closing service counters – such as delicatessens and fish counters – and joining Sainsbury’s, Aldi, Lidl and the Co-op in imposing limits on the amount that can be purchased. David Potts, the chief executive of supermarket chain Morrisons, called on the government to ditch some of the regulations that supermarkets have to abide by, such as relaxing weight restrictions on delivery vans so that each vehicle can carry more food. He also wants competition rules lifted to enable grocers to work together to meet demand. Retailers and cafes are also introducing measures to help protect their staff and customers from the spread of the virus. Tesco is introducing social distancing lines a metre apart at its checkouts while Morrisons is setting up protective screens for sales assistants at every till point. (The Guardian)

Four US banks are the world’s largest fossil fuel financers

A new analysis from a coalition of environmental groups has found that four U.S. banks are the world’s largest fossil fuel financers. The analysis, conducted by a group including the organizations BankTrack, Indigenous Environmental Network, Oil Change International, Reclaim Finance, and the Sierra Club, estimated that J.P. Morgan Chase provided nearly $65 billion in fossil fuel financing last year, the largest out of any of the 35 banks listed in the report. It also found that between the start of 2016 and the end of 2019, the 35 banks have financed fossil fuels with more than $2.7 trillion combined. The financing estimates were made based on loans and underwriting given to companies that have fossil fuels as part of their business. The percentage of each loan or underwriting deal that was counted toward a company’s financing dollar amount was based on what percentage of the company’s business comes from fossil fuels. The report comes at a time when financial institutions who provide money to fossil fuel companies are facing increased scrutiny. (The Hill)

Patagonia and Surfdome trial removal of plastic polybags for clothes

Online sports retailer Surfdome has partnered with outdoor clothing firm Patagonia to trial the removal of plastic polybags from clothes orders in a way that doesn’t impact product quality or generate an increase in lifecycle carbon emissions. The two companies are combining on a three-month trial to remove the plastic polybags from clothing orders. Research suggests that an estimated 180 billion polybags are produced each year globally, but due to the materials low value, the bags aren’t usually collected for recycling and often end up as waste. Patagonia already uses 100% recycled polybags, but the two companies will ensure the bags are recycled by removing them and then sending them to a third-party organisation to be recycled. The retailers claim that bio-based alternatives aren’t yet suitable for the bags as they either biodegrade too soon, placing the product at risk, or too late which could lead to the material seeping into the natural environment. (Edie)

Luxury fashion and fragrance giant Chanel has committed to halve its carbon emissions by 2030, under a new 1.5C-aligned set of sustainability targets. The new carbon commitment has been approved by the Science Based Targets Initiative (SBTi) in line with the Paris Agreement’s more ambitious trajectory. It covers the French multinational’s Scope 1 (direct) and Scope 2 (power-related) emissions. In order to meet the promised Scope 2 reduction, Chanel has pledged to source 100% renewable electricity for its global operations by 2025. The company sources 41% of its electricity consumption from renewable sources in 2019 and expects this proportion to hit 97% by the end of 2021, as it invests in a mix of onsite arrays, new tariffs and Power Purchase Agreements (PPAs). Regarding Scope 3 (indirect) emissions, the new targets include an ambition to reduce supply chain emissions by 40% by 2030, against a 2018 baseline, on a “per product sold” basis. Meeting this particular target will require Chanel to help suppliers invest in low-carbon energy, transport and materials. (Edie)