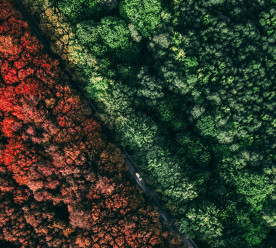 Rum producer Bacardi and independent brewer BrewDog have started producing hand sanitisers amid shortages in the UK. A shift in production by Bacardi at the world’s largest premium rum distillery is helping supply ethanol required to produce the needed hand sanitisers that are in high demand as a result of COVID-19. Over half a million of the 10-ounce hand sanitiser units produced in partnership with Bacardi will be donated to local communities. The temporary shift in production began on March 17 and will continue as needed. This emergency action will not disrupt the production or supply of BACARDÍ rum. Similarly, BrewDog has also producing hands sanitiser to be given away to local charities and the community rather than sold. The measures come as many supermarkets and chemists have placed strict limits on the number of hand sanitising gels shoppers can buy as producers struggle to source enough ingredients and small plastic bottles. (3BLMEDIA, The Guardian)

Teleworking and self-isolation restrictions mean the EU legislative process cannot operate at full capacity, with priority given to measures to address the COVID-19 crisis. The European Commission is having to re-order its priorities in the face of the coronavirus crisis, with “non-essential” initiatives like the biodiversity strategy and the farm-to-fork strategy likely to be delayed by weeks. Austria’s federal minister for climate action, Leonore Gewessler, rejected calls by Czech prime minister Andrej Babiš who said the EU Green Deal should be scrapped in order to focus on the coronavirus. “We need to start planning already now” for the post-coronavirus economic stimulus, she continued, saying that “the old growth model fuelled by fossil energy is a thing of the past”. “After the peak of the crisis, when the economic recovery has to be accelerated, we will be at a crossroads: any investment in infrastructure, in the building sector or in automotive, will have to be consistent with the climate issue”, said Pascal Canfin, a French lawmaker who chairs the European Parliament’s environment and public health committee. (Climate Home News)

The world’s largest companies and heaviest polluters are falling behind on the urgent emissions reductions according to a new report by the asset owner-led corporate climate action monitoring group Transition Pathway Initiative (TPI). Titled ‘State of Transition 2020’, the report finds that eight in 10 of the world’s highest-emitting listed companies are not on track to meet the key goal of the Paris climate accord. Some 29 per cent of the companies have improved their governance of climate-related risks, but 9 per cent have regressed. More than half (56 per cent) of the companies claim to support international climate efforts such as the Paris Agreement, but only 40 per cent of them have integrated climate change risk into their business strategies. Oil and gas companies are not on track to meet the emissions targets they have set for themselves, while the emissions of steel and cement companies that have set climate targets are rising. (Eco-Business)

Food production giant Thai Union has pledged to double energy productivity across the business, under The Climate Group’s ‘EP100 initiative’. Thai Union has opted for the first commitment and announced fresh measures to double energy productivity by 2041, against a 2016 baseline. The pledge requires Thai Union to double the economic output of each unit of energy – be that heat or electricity – it consumes. This can be achieved by either decreasing energy use while maintaining current financial levels, or capping energy consumption while growing financially. As of July 2019, 50 corporates globally had joined the EP100. Notable additions to the cohort since then include the likes of Royal Bank of Scotland and Lloyds Banking Group, but Thai Union is, at present, the only food producer and the only Thailand-headquartered firm to have signed up. Thai Union’s broader sustainability strategy – SeaChange – includes a commitment to reduce Scope 1 (direct) and Scope 2 (power-related) emissions by 30% by the end of 2020, against a 2016 baseline. (Edie)

Despite heightened public concern about single-use plastics in recent years, UK household recycling rates fell in 2018. Data released by UK government department Defra today shows the recycling rate for UK households stood at exactly 45 per cent in 2018 – the most recent year of data available – slipping back from the 45.5 per cent rate achieved the previous year. With the UK’s recycling rate having stagnated around the 45 per cent mark for several years, the government faces a near impossible job to rapidly raise the rate in time to meet the EU’s target for member states to recycling 50 per cent of their waste by 2020. Other waste statistics released today also point to a rise in the amount of waste generated by construction and industry, reaching 37.2 million tonnes in 2017. More positively, however, the amount of UK waste sent to landfill continues to fall. (Business Green)