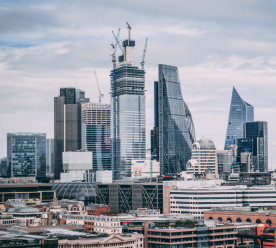 Britain’s financial accounting watchdog, the Financial Reporting Council (FRC), plans to review how companies and auditors assess and report the impact of climate change on their businesses, as investors push for better disclosure of the risks. Climate change has surged to the top of the agenda for investors as policymakers demand companies step up efforts to drive the global transition to a low-carbon economy. Some money managers are concerned the information they are given by companies and the accounts signed off by auditors do not give a full picture of the risks, leaving them vulnerable to steep losses. In response, the FRC said its review will look into the extent to which British companies and auditors are responding to climate-related issues to ensure reporting requirements are met. The FRC said it would check company reports and accounts for their compliance with reporting requirements, and audits to see how auditors reflect climate risk, both in terms of the judgements they make and any related disclosures. (Reuters)

German environmentalists, political leaders and local residents are in dispute over plans to build a Tesla electric car factory on the site of woodland outside Berlin. The economy minister, Peter Altmaier, said this week that the delays caused from disagreement could threaten the go-ahead of the so-called ‘Gigafactory’, which is expected to employ up to 12,000 workers making 50,000 electric cars a year. The environmental group Grüne Liga said the US company was being given “preferential treatment” and should not be allowed to start felling trees until it had been granted full building permission. Grünheide residents are divided over the issue. At a pro-Tesla demonstration, locals said they were proud that an industry promoting a low-carbon future wanted to make its home in Grünheide. However, campaigners are concerned about chemical pollution and water use in a region that has suffered for decades from low rainfall. (The Guardian)

U.S. carrier Delta Air Lines and British retail bank HSBC UK have been named as major winners of a global anti-slavery award for their efforts in addressing the processes and impacts of slavery. Delta Air Lines won the Stop Slavery campaign award for training flight attendants to spot trafficking and HSBC won the innovation award for providing bank accounts to slavery survivors. Supermarket Aldi UK were also recognised for cleaning up a high-risk supply chain and requiring suppliers and other partners to be trained in slavery awareness and laws. Modern slavery is increasingly dominating headlines worldwide as businesses find themselves under increasing pressure from both governments and consumers to disclose what actions they are taking to ensure their supply chains are free from slavery. Speaking on a panel at the awards ceremony, expert Sara Thornton said companies should not just think about “compliance and risk” alone but consider the positives of tackling abuses to as a human rights issue. (Thomson Reuters Foundation)

A scheme by the UK Government that gives the proceeds from dormant bank accounts to good causes could raise a further £2 billion under plans to expand it to unclaimed insurance payouts and share sales. Since 2011, the UK’s 30 biggest banks and building societies have been voluntarily transferring money left in dormant bank accounts to the scheme. So far more than £600 million has been redistributed to charities helping young people get into work and housing and others tackling financial exclusion. Now the government is consulting on its proposal to expand the scheme to include dormant insurance policy payouts and unclaimed proceeds of sales of assets such as shares or unit trusts, which could lie in stockbroker or investment accounts. The independent Commission on Dormant Assets has estimated that there is up to £2 billion sitting unclaimed under those categories that could similarly used by the charitable sector. (The Guardian)

Every country in the world is failing to protect children’s health, their environment and their futures, a landmark report has found. The report, by the World Health Organisation (WHO), the United Nations Children’s Fund (Unicef) and the Lancet Commission, ranked 180 countries on the conditions they provide for a child to “thrive and survive”. Based on a commission of more than 40 child and adolescent health experts from around the world, the report said every child on Earth is now “under immediate threat from ecological degradation, climate change and exploitative marketing practices that push heavily processed fast food, sugary drinks, alcohol and tobacco at children”. While wealthier countries generally have better child health and development outcomes, it is they in particular who “threaten the future of all children through carbon pollution, on course to cause runaway climate change and environmental disaster”. The report urged governments to “harness coalitions across sectors to overcome ecological and commercial pressures”. (The Independent)