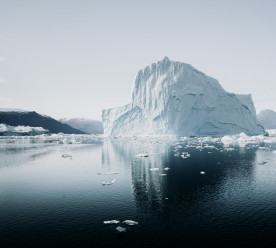 G20 sounds alarm over climate emergency despite US objections

The G20 group of the world’s wealthiest nations have agreed for the first time to collectively sound the alarm over the threat to the financial system posed by the climate emergency. Overcoming objections from Donald Trump’s US administration, the G20 finance ministers and central bank governors agreed to issue their first ever communique with references to climate change, according to reports from Reuters. Sources told the news agency that the statement of priorities included the importance of examining the implications of global heating for financial stability, as part of the work of the G20’s Financial stability Board, the steering group for international banking industry rules. The language represented a compromise to overcome opposition from US officials at the first major meeting of Saudi Arabia’s year-long presidency of the G20, according to the sources. An attempt to include references to the downside risks for global growth posed by the climate crisis was dropped. (edie)

British banking giant Barclays says it has scrapped a system that tracked the time employees spent at their desks and sent warnings to those spending too long on breaks. The bank introduced the computer monitoring system last week but faced a staff backlash. Barclays said axing the tracking system was a response to “colleague feedback” but would not say if it was permanent. The software, Sapience, claims to create “unprecedented transparency” within companies. A Barclays source said the tool was used to monitor the “effectiveness” of people’s time at their desks. But in addition to sparking unease within the bank, it attracted criticism from privacy campaigners and HR professionals. Silkie Carlo, director of privacy campaign group Big Brother Watch, said “intrusive monitoring” deprived staff of privacy in the workplace and added: “the availability of technology to [monitor] staff surreptitiously does not make it any more acceptable.” (BBC)

Female cocoa farmers paid as little as 23p a day

The average female cocoa farmer is paid as little as 23p a day, highlighting a gender pay gap in the global chocolate industry, according to Fairtrade. That figure is well below the extreme global poverty line of £1.40 a day, and average farmer pay rate of 75p a day. The group is calling on the UK government and chocolate industry to join the Alliance on Living Incomes in Cocoa, a new international initiative to increase women’s pay. It is using an annual promotional campaign for Fairtrade products, ‘Fairtrade Fortnight’, to highlight the “hidden inequality” of females in the chocolate industry. The foundation says the UK chocolate industry is worth at least £4 billion a year, with Brits consuming more per person than any other European country. And that, it says, means the UK should be leading efforts to ensure that all cocoa farmers and chocolate workers, especially women, can earn a living income. (BBC)

National governments will meet in Rome this week to discuss and reflect on a 20-point United Nations draft proposal to halt irreversible ecological damage, which looks set to be formally adopted in October. Government ministers from across the globe will this week discuss a draft plan aimed at halting the collapse of nature by 2030, a deal likened as the Paris Agreement for biodiversity. Last month, the UN’s 20-point draft plan surfaced, outlining commitments to protect at least 30 percent of the planet. It states that a third of the world’s oceans and land should be protected to reverse biodiversity decline. Doing so, the report states, is vital to the survival of humankind and will avert Earth’s sixth mass extinction. After this week’s discussions, government ministers and nature experts will gather in Kunming, China in October, where nations are expected to formally adopt a global biodiversity framework. A statement was signed last week by 23 diplomats to back the draft proposals, which also include commitments to better control invasive species and reduce pollution from plastic waste. (edie)

In a YouGov poll commissioned by the Royal Society for Chemistry (RSC), almost a quarter – 23 percent – of people aged 15 to 18 said they were likely to consider pursuing a career related to combatting climate change. The survey, which took in responses from more than 1,000 young people, also saw 26 percent say scientists had the biggest role to play in addressing the problem. In total, 77 percent of respondents said the climate activist Greta Thunberg had influenced their thinking of climate change as a priority issue. In addition, a majority of respondents said they believed chemistry had a key role to play in tackling declining natural resources, combatting hunger, improving health and tackling disease. Sarah Robertson, RSC’s director of education and professional practice, described the poll findings as “incredibly encouraging” and hailed Thunberg’s influence in helping to inspire more young people to consider careers in science. (Business Green)