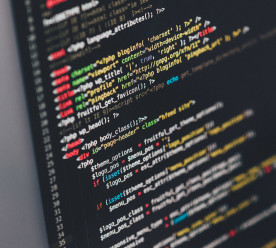 The personal information of 10.6 million guests who stayed at MGM Resorts hotels was hacked last summer according to business technology news website ZDNet. The stolen information was apparently posted to a hacking forum this week. The data exposed included names, addresses and passport numbers for former guests. MGM said it was “confident” no financial information had been exposed. The resort chain said it was unable to say exactly how many people were impacted because information that was exposed might be duplicated. Among the people who were impacted included celebrities like Justin Bieber and Twitter founder Jack Dorsey. MGM said most of the data that was stolen was “phonebook information” like names and telephone numbers which are already publicly available. But approximately 1,300 former guests were notified that more sensitive information including passport numbers had been revealed. A further 52,000 customers were told that less sensitive personal information was exposed. (BBC)

Public concern in the UK over the environment has climbed again this month, according to the latest Issues Index poll from market research company Ipsos MORI. The long-running monthly tracker poll of around 1,000 adults asks a representative sample what the most important issues are for the UK today. The results for January show pollution, the environment, and climate change were the third highest concern for the UK public, with nearly 10 percent highlighting it as the most important issue. Environmental issues came in behind Brexit and the NHS but were narrowly ahead of a range of issues that have traditionally been deemed as more important for the public, such as poverty and inequality, crime, and education. The result mirror a raft of recent polling which has consistently seen concern over environmental issues reach record highs, helping to fuel a raft of new green policy commitments from government and businesses. (Business Green)

The world’s biggest pesticide companies are making billions of dollars a year from chemicals found to pose high hazards to human health and the environment, according to an analysis by campaigners. The research also found a higher proportion of these highly hazardous pesticides (HHPs) in the companies’ sales in poorer nations than in rich ones. In India, 59 percent of sales were of HHPs in contrast to just 11 percent in the UK, according to the analysis. The data from Phillips McDougall, the leading agribusiness analysts, are from buyer surveys focused on the most popular products in the 43 nations that buy the most pesticides. It was obtained and analysed by Unearthed, a journalism group funded by Greenpeace UK, and the Swiss NGO Public Eye. The pesticides market is dominated by five companies – Bayer, BASF, Syngenta, FMC and Corteva (formerly Dow and DuPont). These companies sold $4.8 billion of products containing HHPs in 2018, making up more than 36 percent of all their income, according to the analysis. (The Guardian)

Citizens’ wellbeing should be part of G20’s priorities, says report

The G20 needs to move beyond economic growth and GDP as a measure of progress and factor in human wellbeing and social prosperity, one of its key advisors has said in a new report. In the hard-hitting report, due to be submitted to the G20 group of leading developed and developing countries, experts said that issues including the climate emergency and mental health meant judging progress required a different yardstick of success. Against a backdrop of heightened political unrest in several major western nations despite continued growth in economic prosperity, Dennis Snower, president of the Global Solutions Initiative, a thinktank with links to the group of rich nations, said they should adopt a “recoupling dashboard” to assess wellbeing and environment alongside GDP. The report shared exclusively with the Guardian, Die Zeit and Der Tagesspiegel, said there was an urgent need for all nations to use the dashboard to dramatically increase their focus on social prosperity. (The Guardian)

A surge in complaints about mis-sold payment protection insurance (PPI) weighed on Lloyds‘ finances last year. The UK banking giant posted a 26 percent drop in pre-tax profits to £4.4 billion as it paid out billions of pounds to customers in PPI compensation. The bill for PPI claims in 2019 would be about £2.5 billion, but Lloyds said no further provisions were needed as it had already set aside enough money. It brings the total paid out by Lloyds over the mis-selling saga to £21.9 billion. Lloyds said there had been a “significant increase” in queries about PPI claims ahead of a deadline to claim in August last year. The deadline, set by the City regulator, prompted a rush of enquiries, which pushed the bank’s bill up from £750 million in 2018. Lloyds has the biggest bill of all the banks for mis-selling of the insurance policy – which was intended to cover loan payments if, for instance, customers fell ill. (BBC)