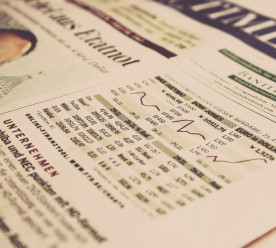 Climate crisis could cause economic recession ‘like we’ve never seen before’, study warns

The huge strain caused by the climate crisis could cause an economic recession “the likes of which we’ve never seen before,” a US study has warned. The increase in prevalence of extreme weather, bringing deadly heatwaves, more severe storms, and causing wildfires and floods, is insufficiently accounted for in financial markets, raising the possibility of a sudden correction when serious problems arise, according to new research from University of California. The research found there was an overabundance of “unpriced risk” in the energy market – representing a failure to consider factors which could have significant impacts on the future value of a business. In the US, this is because oil refining operations on the Gulf Coast are exposed to the threat of storms and sea-level rise, while other oil refineries in Northern California are exposed to coastal flooding. Exposure to such risks can be reduced by insurance policies, but as the various hazards posed by climate breakdown are rapidly intensifying, it is not clear insurance companies have capacity to fill the gap. (Independent)

London, Manchester, Bournemouth, Leicester and Coventry are the top English cities leading the field in climate action alongside global capitals such as Mexico City and Athens, according to CDP‘s latest annual rankings. The assessment stems from CDP’s analysis of key environmental data released by city authorities of more than 850 cities on emissions, climate-related vulnerabilities and actions taken to reduce CO2 and adapt to risks. To reach the A-list, a city must have a city-wide emissions inventory, an emissions reduction target, a published climate action plan, and a climate adaptation plan to demonstrate how it will tackle climate hazards now and in the future, the CDP explained. Greater Manchester in particular scores highly for having a 2038 carbon neutral target, annual emissions cuts of 15 percent and working to add at least 45MW of locally generated renewable electricity to the grid by 2024. (Business Green)

Luxury fashion firm Burberry will create a “regeneration fund” to support a new portfolio of “carbon insetting projects” that aim to deliver regenerative agriculture practices across its supply chain – a move that will see its Autumn/Winter 2020 runway show at London Fashion Week become carbon-neutral. Insetting, as opposed to offsetting, is based on tree-planting projects or regenerative agriculture practices that are carried out directly within a company’s supply chain. As well as working as a form of carbon capture, Burberry’s insetting projects will work with communities across the supply chain to improve climate resilience, promote biodiversity, restore ecosystems and support the livelihoods of local producers. The rise in net-zero emissions targets has put carbon offsetting back on the corporate agenda, with airlines and e-commerce platforms, in particular, using them as part of their carbon strategies. However, many green groups continue to be sceptical about the true impact of carbon offsetting. (edie)

Concerns over safety at Amazon warehouses as accident reports rise

More than 600 Amazon workers have been seriously injured or narrowly escaped an accident in the past three years, prompting calls for a parliamentary inquiry into safety at the online retailer’s vast UK warehouses. Amazon recently launched an advertising campaign fronted by contented staff members, after a string of embarrassing revelations about working conditions. But new figures obtained by the GMB trade union under the Freedom of Information Act suggest safety at its more than 50 UK warehouses has not improved and may be worsening. Local authorities have received 622 accident reports involving Amazon warehouses over the past three years. The annual total has risen from 152 in 2016-17 to 230 the following year and 240 last year. In one case, a self-employed contractor at a London warehouse lost consciousness and appeared to stop breathing following a head injury, having attempted to restart work. The accident investigation report found that sorting baskets had been overfilled and that “the main root cause of this incident was failing to provide a safe working environment”. (The Guardian)

Two sisters have won a victory in their environmental campaign after food giant Kellogg’s agreed to remove “unsustainable” palm oil from its products. Asha and Jia Kirkpatrick, aged 12 and 10 and from Bedfordshire, launched a petition after hearing about rainforest destruction stemming from the industry. Their mother said it was “positive” news but the girls would wait to see if the company followed through. Kellogg’s said it was committed to “environmentally responsible” palm oil. Palm oil has been used in everyday products from toothpaste to margarine and thousands of acres of Indonesian rainforest have been destroyed to create it. As a result, some 25 orangutans are being killed every day, according to NGO Greenpeace. The girls, from Leighton Buzzard, started an online petition in August 2018, inspired by a TV documentary, and it has since had more than 780,000 signatures. (BBC)