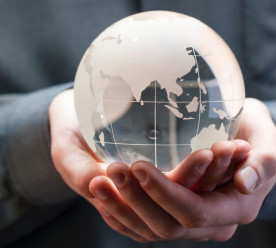 The latest analysis from the Energy and Climate Intelligence Unit (ECIU), a London-based think-tank, has found that 49 percent of GDP, representing more than $39 trillion, is now covered by regions with an actual or intended net-zero target. A total of 121 nations have put mechanisms in place to deliver net-zero emissions in timeframes that are aligned to the calls of the Intergovernmental Panel on Climate Change’s (IPCC) landmark report in 2018. This compares to just nine months ago when analysis by the ECIU found that 16 percent of GDP was covered by net-zero carbon emission ambitions, with fifteen nations, states and regional areas intending to reach the target by 2050. Beyond the UK’s net zero target announced last year, Germany and the cities of California and Tokyo are amongst the highest regions in terms of GDP that have legislated or are discussing legislation for a net-zero target. (edie)

City law firms are scrapping dress codes and banning the use of “Dear Sirs” in legal correspondence to modernise image and create better places for women to work. US litigation powerhouse Quinn Emanuel this week adopted gender-neutral forms of address in a break with tradition. Pinsent Masons has also taken steps to modernise by scrapping its two-page dress code in favour of a one-line single statement. It is advising staff to “dress appropriately for your job, schedule and stakeholders” in a policy change being trialled for a year. The decisions come as law firms try to improve inclusivity of women following high-profile sexual harassment scandals at some leading groups. The changes have been welcomed by Christina Blacklaws, a former president of the Law Society in England and Wales. She said the changes “are relatively easy and make a huge and positive impact on inclusion and law firm culture”. (Financial Times*)

The EU has immediately rejected social media giant Facebook’s latest vision of how online content should be regulated, warning that the social media company will have to assume more responsibility for illegal material on its platforms. Facebook argued that internet companies should be held to account for whether they have standards and systems in place to combat illegal content. It also argued that companies should be given flexibility to allow them to experiment with content moderation technology. EU industry commissioner Thierry Breton said it was for Facebook to adapt to Europe’s standards, not the other way around, as he criticized Facebook’s proposed internet rules as insufficient. Tech companies are bracing themselves for an overhaul of internet rules later this year as Brussels regulators clarify rules set up two decades ago on illegal content, disinformation and advertising transparency. (Financial Times*; Reuters)

Jeff Bezos, CEO of tech giant Amazon, has announced he will commit $10 billion to fund scientists, activists, non-profits and other groups fighting to protect the environment and counter the effects of climate change. Bezos also said that Amazon would meet the goals of the Paris climate accord 10 years ahead of the accord’s schedule and invest $100 million to restore forests and wetlands. However, cutting emissions will be challenging for Amazon. The company delivers 10 billion items a year, has a massive transportation and data centre footprint. Amazon has faced protests by environmental activists and pressure from its employees to take action on climate change. ‘Amazon Employees for Climate Justice’, an activist workers group, welcomed the ‘Bezos Earth Fund’ announcement, but said it did not make up for the company’s consumption of fossil fuels and other activities that contribute to climate change. (Reuters)

A video game designed to capture the views of 20 million people on how to combat the climate crisis has been launched by the UN Development Programme (UNDP). The organisation said the move was aimed at addressing a growing “disconnect” between citizens and government over the issue. The game, ‘Mission 1.5’, was developed alongside experts in game development, climate science, and public polling. The game sees players take on the role of policymaker to try and decide how to keep global warming within the Paris Agreement goal of 1.5C this century. After the game has ended, players are asked to vote on key climate actions they want to see adopted, with data captured from players then analysed and delivered to governments, which the UNDP said often lack reliable public polling for. The aim is to reach as many as 20 million people globally to, in effect, carry out the world’s biggest international public survey on climate change. (Business Green)