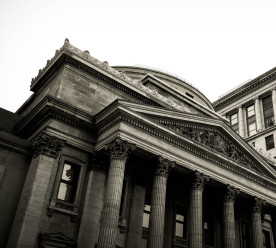 Financial services company Deutsche Bank is facing contractor departures after angering its freelance workforce by demanding they take a 25 percent pay cut in response to a change in UK tax law. Many of the contractor departures have been in vital compliance areas such as anti-money laundering. As many as 50 out of 53 workers in Deutsche’s London-based ‘change-management’ team specialising in global financial crime are allegedly considering leaving by the end of March. The contractors are upset by changes made to the bank’s hiring policy on freelancers ahead of reforms to the UK’s off-payroll tax rules, which have been designed to boost receipts by cracking down on “disguised employment”. From April, medium and large companies will be responsible for assessing the employment status of any contractor they hire who uses a limited company. The companies and their recruitment agencies will be held liable for any unpaid income tax and national insurance contributions if they wrongly classify workers as self-employed. (Financial Times)

New shipping pollution regulations introduced earlier this year could harm humans by contaminating fish and crustaceans with toxins, according to an internal report compiled by the International Maritime Organization (IMO) and obtained by the Guardian. In the report, the IMO says that there is insufficient “toxicity data” to be able to assess the risk to humans caused by the increased use of exhaust gas cleaning systems, which are also known as “scrubbers”. These devices reduce the amount of pollution emitted into the air by ships, but the cheapest and most popular models dramatically increase the amount of pollutants pumped directly into the sea. Shipping companies have spent more than $12 billion fitting thousands of scrubbers on vessels around the world in order to meet new air pollution standards that were introduced on 1 January 2020. Some of the pollutants deemed most concerning by experts that are pumped into the sea by scrubbers are polycyclic aromatic hydrocarbons (PAHs), which have been linked to skin, lung, bladder, liver and stomach cancers. (The Guardian)

The Foundation of retail company C&A has backed a project working to engage investors on sustainable fashion, in a bid to scale up low-carbon, resource-efficient materials and business models. The aim is to funnel more investment into projects working to minimise fashion’s negative impacts on people and planet. Called ‘Planet Tracker’ and launched by the Investor Watch Group, the project has been working to track the carbon impact of major policy decisions since 2018. Now, with the backing of a grant from the C&A Foundation’s Laudes Foundation arm, which focuses on sustainable fashion supply chains, Planet Tracker will assess environmental risks across the fashion sector’s supply chains and translate them into financial risk. Physical risks, such as deforestation and drought, will be considered, as will transition risks. Once Planet Tracker’s research is completed, the findings will be shared with investors with holdings in firms across the fashion value chain, from farms, mills and garment factories, to retailers. (edie)

Malaysia’s major banks are bucking a global trend towards the decarbonisation of the finance industry by continuing to finance new coal-fired power projects in Southeast Asia, a new report has found. Maybank, Malaysia’s largest bank by assets and Southeast Asia’s fourth largest, CIMB and RHB Bank, Southeast Asia’s fifth and thirteenth biggest banks, respectively, have provided US$4.9 billion to coal projects in the region through loans and bonds over the last decade, data from finance-focused non-government organisation (NGO) Market Forces has shown. Malaysia’s banks also show no sign of backing away from coal—as 45 major international banks have done, according to data from BankTrack, a civic society group that tracks finance groups’ climate policies. Both CIMB and Maybank have expressed interest in joining the funding collective for the Jawa 9 and 10 project in Indonesia, a US$3.5 billion, 2,000 megawatt facility that has the potential to cause 4,700 premature deaths from air pollution over its lifetime, the report claims. (Eco-Business)

One-third of all plant and animal species could be extinct in 50 years, study suggests

In just 50 years’ time, a third of all plant and animal species on our planet could be wiped out due to man-made climate change, US scientists have warned. The damning new study from the University of Arizona on humanity’s impact on ecosystems around the world examined recent extinctions due to climate change, along with rates of species movement and various projections of future climatic conditions. The researchers said their study is probably the first to estimate broad-scale extinction patterns due to the climate crisis by using data from recent climate-related extinctions and from rates of species movements. It is the latest research highlighting the bleak future of biodiversity on Earth, as other scientists have warned our responsibility for bringing about a sixth mass extinction event. The researchers used data from 538 species at 581 sites globally focusing on species which had been studied at least 10 years apart. They found 44 percent of species had already gone extinct at one or more of the sites they had earlier inhabited. (Independent)