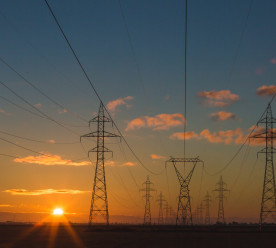 Royal Bank of Scotland will stop lending to energy companies that fail to align with the Paris climate agreement goals by 2021 as part of a corporate overhaul that will also see the bank change its name to NatWest Group. As part of a new strategy unveiled by the new chief executive, Alison Rose, the bank will stop lending and offering underwriting services to major oil and gas producers that do not have credible transition plan to help limit global heating to below 2C. The group will also stop lending and offering underwriting services to companies with more than 15 percent of their activities related to coal unless they have similar plans prepared. RBS also pledged to fully phase out coal financing by 2030. The parent company will forge ahead with its plan under a new name, ditching the RBS brand that was sullied by a string of scandals and a £45 billion government bailout at the height of the 2008 financial crisis. (The Guardian)

US investment giant BlackRock has announced that one of its fastest growing sustainable funds will stop investing in controversial tar sands oil projects, as the firm steps up the integration of climate risk into its decision-making. The firm’s exchange-traded fund (ETF) provider, iShares, is launching three new fossil fuel screened ETFs under a new ‘Advanced’ product range that will track indices with extensive screens, including for palm oil, controversial weapons, and for-profit prisons, the firm announced. Additional screens will exclude companies with thermal coal and oil sands revenue exposure taking effect from 2 March. The move is part of a rebranding of iShare’s environmental, social and governance (ESG) ETFs. The move builds on booming client demand for sustainable investment solutions, the firm said, with the $5 billion in US iShares ESG ETF flows in 2019 and more than double year-on-year asset growth highlighting the growing demand. (Business Green)

The boss of Facebook says he accepts tech giants may have to pay more tax in Europe in future and recognises people’s frustration over the issue. Mark Zuckerberg also said he backed plans by the Organisation for Economic Co-operation and Development (OECD) think tank to find a global solution. Facebook and others have been accused of not paying their fair share of tax in countries where they operate. But some say the OECD is moving too slowly towards its goal of a 2020 deal. In the UK, Facebook paid just £28.5 million in corporation tax in 2018 despite generating a record £1.65 billion in British sales. At the time, tax campaigner and MP Margaret Hodge said such a low bill was “outrageous”, but Facebook said it pays what it owes. The UK has said it plans to introduce its own digital services tax in April, despite US objections, in a move that could generate up to £500 million a year. (BBC)

Environmental reports that suggested there may be a link between oil drilling in South Sudan and severe health problems for the local population have been buried by the government, according to locals and those close to the oil industry. Reports dating back to 2013 show that the government and oil companies have been aware for years that contamination from drilling could be damaging the health of local residents. The reports, obtained by the Associated Press contain accounts of “alarming” birth defects, miscarriages and other health problems among people living near oil fields. Exposure to toxic substances from oil drilling, such as mercury and arsenic, can lead to a variety of health problems including cancer, respiratory problems, impotence and stillbirths, according to the World Health Organisation. South Sudan has the seventh highest rate of pollution-related deaths in the world, according to the Global Alliance on Health and Pollution. (Independent)