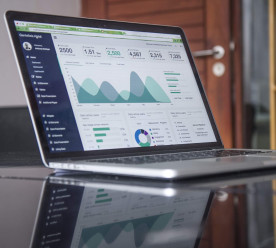 The Task Force on Climate-related Financial Disclosures (TCFD) has revealed that more than 1,000 organisations are supporting its recommendations. This figure includes corporates with a combined market cap of $12 trillion and investors with $138.8 trillion of assets under management collectively. The TCFD recommendations urge organisations to achieve board-level governance of climate risk and opportunity assessments; develop strategies aligned with global climate targets; disclose risk management processes and metrics and report annually on greenhouse gas (GHG) emissions. The TCFD has revealed that 1,027 organisations, from 55 nations, have supported one or more of its recommendations since the framework was first launched in June 2017. Bodies represented include seven national governments, including the UK and France; 473 private financial firms; central banks; regulators; stock exchanges; and corporates. From the business side, the TCFD says that the chemicals, energy, insurance, metals and mining, fossil fuel and transport sectors are best-represented in the cohort. (edie)

Consumer goods giant Unilever has vowed to stop marketing its products to children in order to tackle rising obesity rates. The firm, which owns brands such as Twister ice cream and Popsicle ice lollies, said it would limit the use of cartoon characters in its advertising. It also promised to stop using social media stars or celebrities “who primarily appeal” to children under 12. Ads for Unilever ice creams have been pulled in the past over complaints they marketed unhealthy food to children. The new rules will apply to all of the firm’s products by the end of 2020, beginning with its Wall‘s ice cream brands. Wall’s will also launch a range of “responsibly made” products for children that contain “no more than 110 calories and a maximum of 12g of sugar per portion”. “Our promise is a genuine commitment to make and market products to children responsibly,” said Matt Close, executive vice president of the firm’s global ice cream business. (BBC)

Slavery not considered a crime for almost half the countries in the world, says new report

Slavery is not a crime in almost half the countries in the world, a study of global laws has said, urging nations to close legal loopholes that allow abusers to escape punishment. Many states lack laws which directly criminalise and punish exerting ownership or control over another person, according to the Antislavery in Domestic Legislation database, launched at the United Nations headquarters in New York. The slavery database work was led by the University of Nottingham‘s Rights Lab. More than 40 million people are held in modern slavery, which includes forced labour and forced marriage, according to estimates by the International Labour Organization and the anti-slavery group the Walk Free Foundation. Ending modern slavery by 2030 was among the global goals adopted unanimously by members of the United Nations in 2015. But while historic laws allowing slavery have been scrapped worldwide, researchers for the database found that many of the 193 U.N. member states have not gone on to explicitly criminalise slavery and other exploitation. (Thomas Reuters Foundation)

Global economies will be ravaged if action is not taken to confront the multiple environmental crises, according to a new study by the WWF. Continuing current rates of environmental degradation will result in costs of at least £368 billion a year, the WWF’s Global Futures report calculates, leading to total losses of £8 trillion by 2050. Using an innovative methodology developed by the WWF, the Global Trade Analysis Project, and the Natural Capital Project, the study compares the costs associated with the decline in natural assets across 140 countries. It predicts the UK will suffer some of the biggest financial losses, taking an annual hit of at least £16 billion by 2050, outstripped only by the US and Japan. The prospective UK economic costs are mainly stemming from the loss of natural coastal protection services leading to flooding and erosion, alongside the accelerated decline of global fish stocks harming the fishing industry. (Business Green)

Dozens of global firms have made substantial progress in their sourcing of sustainable cotton, the latest sustainable cotton rankings have confirmed. The findings provide evidence that more businesses are acting to improve the fashion industry’s contribution to water scarcity, pollution, and loss of biodiversity. German giant Adidas claimed first place in the global league table, rising from sixth to first place since the rankings were last published in 2017. The sports firm knocks Ikea off the top spot, with the Swedish home goods firm slipping to second place. H&M ranks third, while Marks & Spencer is the best UK performer at number six. The rankings are published by a coalition of three NGOs: Pesticide Action Network UK, Solidaridad, and WWF. They assessed 77 companies – estimated to produce over 10,000 metric tonnes of cotton demand annually – on their policies, the proportion of sustainable certified cotton and their supply chain traceability. (Business Green)