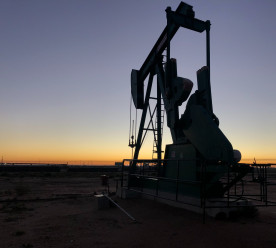 Climate activists call for removal of JPMorgan Board member

A non-profit group called Majority Action is beginning a fight to use shareholder voting to remove a member of JPMorgan’s Board on climate grounds. The group argues that Lee Raymond’s role as the lead independent director and his closeness to Big Oil compromises JPMorgan’s capacity to react to the climate crisis. However, a spokesman for the bank said Raymond “contributes to the success of the company in countless ways”. The spokesman added, he ensures “that the board represents a wide range of views and perspectives and hears from them as well”. Majority Action, which works with investors to hold corporations accountable, has managed to win attention from shareholders. The organisation is trying to sway JPMorgan into not re-nominating Raymond, who has held his seat for 33 years, or else persuade investors to vote against him at the annual board election in May. (Bloomberg)

Nearly 130 charities and academics around the world have urged the CEO of tech giant Facebook, Mark Zuckerberg, to halt plans to introduce encrypted messaging across the company’s trio of apps until he can address concerns over child abuse risk. It is feared that the move to introduce encryption on messages, which would prevent non-authorised access to information, will facilitate “more serious and sustained” exploitation of children. They stated the platform integration would mean abusers were likely to be able to contact large numbers of children more easily. They called on Facebook to halt the rollout of the integration until it was able to prove that there would be “no net reduction” in child safety, including the ability to scan for child abuse images and investigate crimes on its platforms. It also urged the social network to share data with governments and child protection experts so they could access the impact of any changes. (Financial Times*)

The head of the International Energy Agency (IEA) is “hopeful” global carbon dioxide emissions have peaked after global output flatlined in 2019 for the first time in a decade. Carbon emissions from energy fell in advanced economies including the EU and US, where the use of coal, the most polluting fossil fuel, declined by between 15 and 25 percent. Total emissions from advanced economies’ power sectors fell to levels “last seen in the late 1980s”, the IEA said. They also acknowledged strong growth in wind and solar power, large scale transitions from coal to natural gas and higher use of nuclear power all contributed to the fall in CO2 emissions, even as developing economies in Asia continued to burn more coal. The IEA said the new evidence should become a rallying cry for policymakers, arguing it is a “signal that we have the opportunity to meaningfully move the needle on emissions through more ambitious policies and investments”. (Financial Times*)

NDAs should not be used to stop whistleblowers

The conciliation service Acas has provided new guidance on non-disclosure agreements (NDAs) to highlight that such contracts should not be used to prevent the reporting of discrimination or harassment to the police. NDAs are widely used across industries typically to prevent staff from making information public. This can apply to sensitive commercial information or trade secrets but can also be used to prevent the spreading of anything likely to damage an organisation’s reputation. The advice by Acas also urged employers to ensure workers were given a reasonable amount of time to consult trade union or legal advice on the implications of NDAs and think about “whether it’s better to address an issue head on” rather than to cover it up. Acas flagged that the contracts should not be used routinely, and that managers who helped to draw up such agreements should be well trained in their use. (The Guardian)

The Climate Group, a non-profit climate change agency, has revealed the number of corporates that have signed up to the commitment of making EVs a “new normal” by 2030 has more than doubled over the last 12 months. Figures were released as part of its annual update on the ‘EV100 initiative’. However, the findings also showed a lack of vehicle supply from the auto industry is the top corporate barrier to the EV transition, with 79 percent of respondents highlighting it as the main challenge, up by 33 percent from last year. According to the Climate Group, EV100 members are taking proactive steps to overcome barriers to infrastructure growth. Members have committed to installing charging at 3,200 sites worldwide, providing more than one million employees with access to charging as a result. At least 43 percent of members are also using 100 percent renewable electricity for their charging needs. (edie)