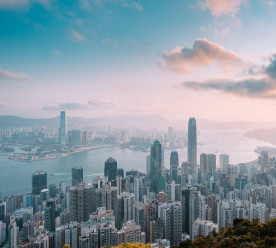 Hong Kong banks, including Standard Chartered and HSBC, are offering billions of dollars in relief measures to borrowers as the coronavirus outbreak threatens to deal a further blow to an economy that is already in recession. Standard Chartered said it would allow clients with good repayment histories to make six months of interest-only mortgage payments and would offer a similar moratorium on principal payments for some commercial loans. The move follows an announcement by HSBC that it would provide more than HK$30bn (US$3.9bn) in liquidity relief for businesses. The Hong Kong Monetary Authority has called on lenders to “adopt a sympathetic stance” in dealing with customers under financial stress because of the virus. Among other measures, Standard Chartered said it would waive service charges on online local fund transfers for three months “to reduce the need to visit a bank branch”.  (Financial Times*)

Ofcom to be given role of policing online platforms

The UK broadcast watchdog, Ofcom, is to be handed responsibility for policing online platforms under government plans to be unveiled this week. Until now, social media giants such as Facebook, Tiktok, YouTube, Snapchat and Twitter have largely been self-regulating. The companies have defended their own rules about taking down inappropriate or harmful content, but critics say independent rules are needed to keep people safe. The watchdog is to be given responsibility for ensuring that social media giants comply with a new legal “duty of care” requiring them to protect their users from illegal and harmful material. The platforms will need to ensure that content is removed quickly as well as “minimising the risk” of it appearing at all. The intention is that government sets the direction of the policy but gives Ofcom the freedom to draw up and adapt the details. By doing this, the watchdog should have the ability to tackle new online threats as they emerge without the need for further legislation. (The Guardian)

Of the 350 corporates and 150 investor bodies with the world’s highest involvement in supply chains with high deforestation risks, around half have not publicly committed to eliminate deforestation from their value chains. That is according to a new report from NGO Global Canopy, which assesses large companies sourcing six globally traded commodities with links to deforestation: palm oil, soy, beef, leather, timber and pulp and paper. The organisation’s latest Forest 500 report, states that 242 of the 500 analysed firms have not yet made a public commitment to tackle all deforestation in their supply chains. Additionally, they noted that of the remaining 258 firms, the majority have “presented no evidence” that they are taking action in line with their commitments. The report states that of the 157 firms to have originally signed a pan-industry declaration to end deforestation by 2020, seven have dropped the commitment entirely and 18 have changed the deadline. (edie)

Pension schemes in the UK are to be forced to explain how millions of their members’ retirement pots will be affected by rising temperatures under new UK government measures as part of a response to climate change. Current rules require “defined contribution” schemes to have a policy on how they consider climate change in their investment strategy, to publish that policy and to report annually on how they took the issue into account. New requirements will necessitate much more detailed disclosures from trustees of these schemes. This includes measures such as setting out how a saver’s pot would be affected by a rise in temperature of 2 degrees Celsius, or even 4 degrees. In addition, schemes will also be required to explain their governance and management of climate change risks and to set out their exposure to carbon-intensive companies. (Financial Times*)

BrewDog to upcycle and trade used cans for company equity

Craft beer firm BrewDog has unveiled a new sustainability action plan that will allow consumers to trade in beer cans for upcycling and recycling in exchange for an equity stake in the company. The ‘BrewDog Tomorrow’ plan focuses on resource efficiency as the way for the brewer to manage its environmental impact. It features a ‘cans for equity’ initiative that offers anyone who trades in 50 empty beer cans the chance to become a ‘BrewDog Equity Punk’ and therefore own an unspecified percentage of the business. BrewDog has pledged to upcycle old cans from any brand in order to refill them with the company’s craft beer and give the material a second life. BrewDog notes that while aluminium is 100% recyclable, more than 45 billion cans ended up in landfill in the US alone in 2018. As well as upcycling old cans, any waste beer produced that fails to meet the company’s quality standards will be distilled and turned into Vodka. (edie)