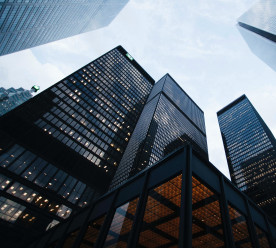 Asset managers including BlackRock, Vanguard and State Street routinely ignore their proxy advisers’ recommendations and vote to block environmental and social action at companies, according to research. The analysis was conducted by responsible investment charity ShareAction, on behalf of the Charities Responsible Investment Network. It found that the world’s largest fund managers voted differently to their proxy advisers’ recommendations about three-quarters of the time on environmental, social and political lobbying proposals. The findings refute claims that big asset managers automatically follow the recommendations of proxy advisers, which provide investors with advice on how to vote on issues from executive pay to director re-elections at annual meetings. The research also found that 65 per cent of the big investors examined backed company management on environmental, social and political lobbying proposals more often than their proxy adviser, a finding that will raise questions about how seriously asset managers are taking sustainability. (Financial Times*)

Tech giant Apple has been fined €25 million for deliberately slowing down older iPhone models without making it clear to consumers. Following an investigation beginning in 2017 into ‘planned obsolescence’, the French regulator, the Directorate General for Competition, Consumption and the Suppression of Fraud (DGCCRF), has concluded Apple “commuted the crime of deceptive commercial practices by omission”. The investigation, “showed that iPhone owners had not been informed that the updates to the iOS operating system that they were installing were likely to lead to a slowdown in the operation of their device”. Apple argued that it voluntarily restrained the performance of the phone after a certain time in order to “extend the life” of the product. Apple stated it was a decision made due to the use of lithium-ion batteries which have more difficulty responding to heavy demands by the phone user as they age. The setting is now only enabled when the battery begins to degrade, and iOS now offers clearer information to consumers. (Le Monde; BBC)

Energy giant Equinor has pledged to grow its renewable energy generation capacity tenfold over the next six years, in a major shake-up to its climate targets. The firm announced a new ambition to reduce the net carbon intensity of its energy by at least 50 percent by 2050, against a 2019 baseline. Emissions from across the value chain, from initial production to final consumption, will be measured under this metric. In order to reach this target, Equinor has pledged to develop a wind generation portfolio of at least 4-6GW by 2026, rising to 12-16GW by 2035. Equinor will also up investment in hydrogen and carbon capture, usage and storage (CCUS) technologies. At the same time, Equinor will produce less oil, but has not set any numerical, time-bound targets on degrowth for its oil business. Instead, it has vowed to reach net-zero carbon in global operations by 2030 by investing in efficiency measures across oil and gas projects before offsetting residual emissions. (edie)

Women now account for a third of FTSE 100 board seats for the first time, a big target for a government-backed initiative in the UK to encourage gender equality at the highest levels of business. However, smaller companies listed in the FTSE 250 are still trailing larger peers as the campaign to appoint women to a third of board positions enters its final year. The government has also flagged the shortage of female executives and chief executives in particular. Just 15 per cent of FTSE 100 finance directors are women, for example, while there are only five female CEOs in the FTSE 100. The government said that a forthcoming Employment Bill “will seek to better support women in the workplace, with measures including enhanced protections from pregnancy and maternity discrimination and, subject to consultation, making flexible working the default”. (Financial Times*)

The Italian government has been urged to end the illicit export of plastic waste to Malaysia after an investigation exposed the environmental and health implications of the country being used as a prime dumping ground for unrecyclable plastic. The investigation by a team of journalists at environmental activist charity Greenpeace Italy found that of the 2,880 tonnes of plastic waste Italy exported to Malaysia between January and September last year, almost half was received by companies operating illegally. Italy’s demand for plastic is the second highest in the EU and is the sixth-largest exporter of plastic waste to Malaysia. EU law stipulates that member states can export plastic waste to non-EU countries only if it is recyclable, and that recycling companies must adhere to the environmental and technical standards required of treatment facilities in Europe. However, lax controls at ports means a huge amount of contaminated and hard-to-recycle plastic is being shipped out of Europe and ending up in illegal factories. (The Guardian)