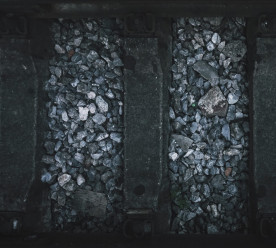 BlackRock has rebuked Siemens over its role in a controversial Australian coal-mining project, in a rare intervention from an asset manager that has come under increasing fire for failing to hold companies to account on issues such as climate change. The world’s largest asset manager said on Thursday that one of Germany’s largest industrial companies had failed to fully consider the “breadth of risks” of an infrastructure deal at the A$2 billion Carmichael coal mine in Queensland. In December, Siemens signed an €18 million contract to provide rail signalling systems for Carmichael, which quickly became a lightning rod for environmental activists and sparked a global campaign to force the company to pull out of the agreement. The management of Siemens, which has frequently touted its green credentials, needed to step up their risk assessments around environmental, social and governance issues, BlackRock said in its first intervention since the $7 trillion asset manager issued a policy on sustainability last month. (Financial Times)*

Consumers keen to drop brands that damage the environment

A majority of consumers believe their choices can make a difference to environmental outcomes, and almost two-thirds are willing to abandon products and brands that are seen to damage the environment. That is the headline conclusion of a survey of over 15,000 people from 11 countries across Europe, Asia Pacific, and North America, who were asked for their opinions about their buying habits in relation to the environment during the second half of 2019. The findings, outlined in a report by financial services company ING this week, offer a detailed analysis of where consumers are already engaging in circular economy activities, and their appetite for new product and service models that curb environmental impacts and resource use, with a particular focus on the fashion, food, and electronics sectors. Although 61 percent said they would be less willing to buy a product from a company that performed environmentally poorly, they are still likely to engage with the linear “take, make and waste” production model unless companies make it easier to transition to a more circular lifestyle. (Business Green)

Finland to give dads same parental leave as mums

Finland’s new government has announced plans to give all parents the same parental leave, in a push to get fathers to spend more time with their children. Paid allowance will increase to a combined 14 months, which equates to 164 days per parent. Neighbouring Sweden has Europe’s most generous system of parental leave with 240 days each after a baby’s birth. Finland says it wants to “promote wellbeing and gender equality”. Health and social affairs minister Aino-Kaisa Pekonen told reporters that “a radical reform of family benefits” had begun, with the aim of strengthening the relationship of parents from the start. Under the current system in Finland, maternity leave is 4.2 months, while fathers are given 2.2 months until the child turns two. On top of that, another six months’ parental leave can be shared. However, on average only one in four fathers take what they are given. (BBC)

UK taxpayer funds totalling $750 million (£577m) have been invested in new fossil fuel projects in developing African countries despite the government’s public commitment to tackling the climate crisis, according to an international watchdog. Global Witness found that a London-based investment group raised $1 billion from the UK government over 16 years and spent three-quarters of this supporting oil and gas projects in some of Africa’s poorest countries. The Private Infrastructure Development Group (PIDG), which relies on the UK taxpayer for two-thirds of its funding, committed $750 million to fossil fuel projects between 2002 and 2018, including recent investments in heavy fuel oil power plants in Senegal and Mali. Since then, the group’s investments have included $24 million for a gas plant in Togo and $31 million for a gas plant expansion project in Ivory Coast. The report is likely to reignite concerns that UK international aid designed to help support infrastructure in developing countries is instead increasing reliance of those states on oil and gas. (The Guardian)

Uzbekistan made “major progress” on stamping out forced labour in its cotton harvest last year, when 94 percent of pickers worked voluntarily, the United Nations has said. The Central Asian country, one of the world’s biggest cotton exporters, has for years been under international pressure to end the use of forced labour by adults and children. Last year about one in eight adults, or 1.75 million people, took part in the annual harvest, of whom 102,000 were victims of forced labour – down 40 percent on the previous year, the U.N. International Labour Organization (ILO) said in a report. Some human rights groups said government-imposed cotton quotas meant local officials known as hokims were still forcing people into the fields when they could not find enough willing workers. The Uzbek-German Forum for Human Rights said a ban on the recruitment of students, teachers and health workers had been observed in 2019, but other public servants had been hired instead. (Thomas Reuters Foundation)