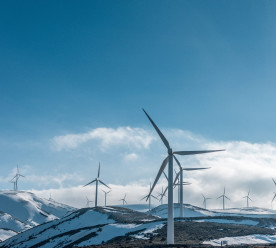 Global green bond issuance last year reached an all-time high in terms of both individual bonds issued and collective value issued, global law firm Linklaters has concluded. According to Linklaters’ latest annual analysis, based on data from Thompson Reuters, 479 green bonds were issued by companies, governments and financial organisations in 2019, up from 382 in 2018. The collective value of green bonds issued in 2019 was $185.6 billion, compared to $142.4 billion the year prior. Linklaters’ analysis covers all bonds specifically created to fund projects that deliver environmental benefits in terms of emissions, resources, waste or habitats. In 2019 around 40 percent of all issuances in terms of both number and value originated from China, the US, France and Germany. Linklaters is predicting further growth across Europe, as the EU’s new taxonomy regulations on green finance come into effect in 2021. The new regulations aim to ensure adequate finance is allocated to meet the aims of the bloc’s ‘Green New Deal’, which includes a 2050 net-zero target. (edie)

European aircraft manufacturer Airbus says it has agreed a settlement with French, British and US authorities following lengthy investigations into allegations of bribery and corruption. In a statement, Airbus said the deal was subject to approval by courts in the three countries. The allegations have centred on the use of middlemen in plane sales, or “third-party consultants”, in securing aircraft contracts, as well as over possible breaches of US arms sales regulations. The UK’s Serious Fraud Office (SFO), and later its French counterpart, opened investigations into Airbus after the firm reported itself in 2016. Details have not been revealed, but reports suggest that Airbus, based in Toulouse, could pay more than €3 billion in fines and avoid any prosecutions. Since the first investigations began four years ago, Airbus has been restructuring its sales operations, ending its relationships with many third parties. It has also had changes of CEO, with previous boss Tom Enders being criticised for his handling of corruption allegations. (BBC)

British supermarket Sainsbury’s has committed to net zero greenhouse gas emissions by 2040, a decade ahead of the British government’s own target. With consumers demanding less waste and action on the environment, Sainsbury’s CEO, Mike Coupe, has said the government’s 2050 target “isn’t soon enough”. The company said its focus would be on reducing carbon emissions by increasing its use of renewable energy, lowering water consumption, cutting the use of plastic, increasing recycling and tackling food waste. Sainsbury’s plans to work collaboratively with suppliers and will ask them for their own carbon reduction commitments. The company’s carbon footprint has decreased by 35% in the last 15 years despite its space increasing by 46% over the same period. Coupe added that “over the next 20 years we will…transform the way we do business and put environmental impact at the forefront of every decision we make”, although he is to step down from his position as CEO in May. (Reuters)

A former manager of one of Britain’s largest telecoms companies, TalkTalk, discovered she was earning 40 percent less than her male counterparts and her potential bonus was 50 percent lower. Rebecca Burke spent two years in senior roles at TalkTalk before she was unexpectedly made redundant in 2017. Her lawyers discovered the large pay and bonus gap during negotiations over her dismissal. The TalkTalk battle at the Central London Employment Tribunal is the latest in a series of high-profile cases fought on the basis of gender discrimination. Broadcaster Samira Ahmed’s won an equal pay dispute with the BBC this month and Stacey Macken won a gender discrimination case against French bank BNP Paribas last year. TalkTalk said it would “strongly refute these claims” in court and that the company does not tolerate gender discrimination. The broadband company had a reported average gender pay gap of 14.6 per cent in 2018. (Financial Times)*

Online accommodation marketplace Airbnb has launched a new service providing free advice on how to enhance energy efficiency and improve environmental performance for its UK users. The debut of the new sustainability education hub, which was unveiled to coincide with ‘Big Energy Saving Week’, comes as the online booking platform revealed 64 percent of its guests say they chose Airbnb because they value environmental sustainability. The hub features educational videos from energy saving experts Big Clean Switch, anti-food waste app Olio, and Airbnb itself. The company also announced that in the coming months it will introduce a dedicated guide on “ecohosting” that is currently being drafted by Airbnb’s host community. The move builds on the company’s announcement earlier this month that it plans to measure the carbon footprint of both its corporate operations and the travel facilitated by the Airbnb platform. (Business Green)