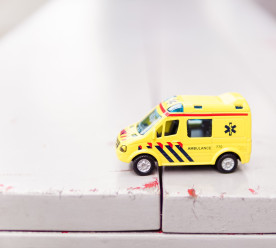 UK National Health Service (NHS) Chief Sir Simon Stevens has announced the NHS and its staff will step up action to tackle the climate “health emergency” this year, helping prevent illness, reducing pressure on A&Es, and saving tens of thousands of lives. The initiative follows the launch of the Climate Assembly UK this week, which is discussing how the country can best get to ‘net zero’. The health care system in England is responsible for an estimated 4-5 percent of the country’s carbon footprint. The causes of air pollution and climate change are often the same, so the ‘For a greener NHS’ campaign will help address both. NHS England is establishing an expert panel to chart a practical route map this year to enable the NHS to get to ‘net zero’. They will also look at changes that can be made in the NHS’s medical devices, consumables and pharmaceutical supply, and areas the NHS can influence such as the energy sector as the health service moves to using more renewable energy. (NHS England)

An alliance of 14 French local authorities and several NGOs will take unprecedented court action against the French oil firm Total to try to force the firm to drastically reduce its greenhouse gas emissions. It is the first climate change litigation against a private company in France. Under a French law called the duty of vigilance, large companies must set out clear measures to any prevent human rights violations or environmental damage resulting from their activities. The NGOs bringing the case said Total had not included enough substantial detail in its vigilance plan to curb emissions, and the firm was out of step with the Paris climate agreement’s goals on limiting global heating. Sandra Cossart, the head of Sherpa, a French NGO working on economic transparency and corporate-related human rights said the case was an “important moment” to show that big companies have to step up on the climate emergency. She noted that “the more impact you have, the more responsibility you have”. (The Guardian)

Brunel Pension Partnership, one of the UK’s eight local government pension fund pools which holds around £30 billion of assets, will set out an aggressive new climate policy promising to align its holdings with the goals of the Paris Agreement and lean heavily on asset managers to do the same. Brunel, which manages the investments of ten local government pension schemes, promised to challenge the “not fit for purpose” asset management industry to deliver more climate-friendly investments. The body’s new climate strategy includes a promise that between now and 2022 Brunel will demand that its holdings move towards alignment with a sub-2C warming trajectory, with those that fail to take action risking divestment. The Partnership said it had adopted the new stance because it believes the finance sector is “part of the problem” when it comes to the climate crisis. It accused the sector of focusing too much on short term performance rather than long-term value. (Business Green)

Energy provider British Gas has debuted a new ‘Green Future’ tariff which it claims offers consumers “one of the greenest tariffs in the market” at a competitive cost. The tariff offers customers 100 percent renewable electricity and 10 percent green gas, with the carbon emissions that result from the remaining gas use offset through a partnership with ClimateCare. As such the tariff will support the growth of up to 10 trees per household every year, British Gas said. In addition, customers can also help to protect a hectare of rainforest in the Amazon each year, under a forest protection project certified by the Verified Carbon Standard. The offer is the latest in a wave of tariff innovations as energy suppliers scramble to draw up new offerings to increasingly climate conscious consumers. Dedicated renewable power, green gas, and electric vehicle tariffs are becoming increasingly common, while time-of-use tariffs – where customers can take advantage to cheap prices during low demand periods – offer an opportunity to help balance the grid while curbing customers’ bills. (Business Green)

India, the world’s largest importer of palm oil and a major market for Malaysia, has started a trade war imposing a restriction on palm oil imports. India hasn’t made any public statements regarding the restriction; however, it is suspected to be linked to comments made by Malaysia’s prime minister, Mahathir Mohamad. Last year, Mahathir Mohamad condemned the Indian federal government’s move to revoke constitutional provisions that conferred special status to Jammu and Kashmir, the country’s only Muslim majority state. He subsequently criticised India’s new citizenship law as discriminatory to Muslims. An Indian trade ministry official stated that the restrictions will continue unless Malaysia stops commenting on India’s internal affairs. Malaysia has said that it will not reciprocate with trade measures of its own against India, with Mahathir Mohamad noting that “we are too small to take on retaliatory action”. (Eco-Business)