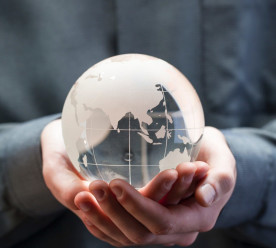 United Nations Secretary-General Antonio Guterres yesterday launched a new initiative designed to help the world’s corporations put their weight behind efforts to achieve the 17 UN Sustainable Development Goals (SDGs) by the 2030 deadline. SDG Ambition is the latest programme from the UN Global Compact, a UN body working with businesses around the world to help them align their activities with the SDGs. Aiming to drive progress through the goals’ last decade, the initiative is to provide organisations with a management framework to help them incorporate the SDGs into their normal business operations. It will also provide guidance on how they can measure and manage their performance against a range of targets set by the SDGs. The initiative’s launch is being supported by multinationals SAP and Accenture, which will work to “mobilize industry around SDG Ambition and scale impact for the 17 Sustainable Development Goals,” according to SAP CEO Jennifer Morgan. (Business Green)

Tyson Foods, the world’s second-largest meat processor, has announced it is convening a new ‘Coalition for Sustainable Protein’ in a bid to collaborate with the rest of the protein industry so as to sustainably increase global protein supply. Announcing the move at the World Economic Forum in Davos, Tyson Foods said the coalition would “unite stakeholders across the food and agriculture sector to identify and implement new and creative solutions to sustainably feed the world’s growing population”. In particular, it will consider how to reduce food waste, increase access to protein, and safeguard eco-systems. The move is the latest sign the meat industry is feeling the pressure as growing numbers of consumers embrace plant-based food options, often for sustainability reasons, and agricultural supply chains face mounting climate impacts. Tyson Foods did not give details of which companies and organisations would be part of the coalition, confirming only that it would include representatives of “all forms of protein”, as well as experts from academia, non-governmental organisations, and financial institutions. (Business Green)

International banking group, BNP Paribas, has launched the Theam Quant World Climate Carbon Offset Plan fund which aims to combine financial returns from the world’s equity markets with a positive impact on climate change. The fund selects companies that demonstrate high environmental, social and governance (ESG) standards, highlighting companies that have lower carbon footprints when compared with their benchmarks. The fund aims to offset the remaining carbon footprint of the investment’s strategy every quarter, through the purchase of Verified Emission Reduction certificates from the Kasigau Corridor REDD+ project in Kenya which protects over 200,000 hectares of endangered dry land forest. Leading European insurance companies such as Allianz, Cardif, and HDI Assicurazioni have supported this investment. The fund has already received the Belgium Febelfin label, and is now registered for sale in Belgium, France, Italy, Luxembourg, Switzerland, and United Kingdom. (Business Green, Citywire Selector)

The planting of 100 million trees a year in the UK to tackle the climate emergency could be paid for by new carbon levies on oil companies and airlines, the Committee on Climate Change (CCC) has proposed. Voluntary measures have failed, it said. The CCC’s new report, Land use: Policies for a Net Zero UK, concludes that fundamental changes in land use are needed to cut emissions from farming to meet the UK’s legally binding target of net zero by 2050. Proposed changes include cutting red meat eating by 20 percent, better management of manure, cutting methane from cattle with better feeds, banning the sale of peat compost, and growing crops that can be burned to produce electricity instead of natural gas. The plan would cost £1.4 billion a year but provide benefits of at least £4 billion by cutting global heating and air pollution and improving flood protection and green spaces for people to enjoy. The report proposes that new levies on fossil fuel suppliers, airlines and other carbon-emitting industries pay for the tree-planting programme. (The Guardian)

The Green Economy Coalition – an alliance of big-name businesses, NGOs and researchers – has unveiled a new tool which will help nations measure and accelerate their transitions to economic systems which are more environmentally friendly and socially fair. Called the Green Economy Tracker and launched at the World Economic Forum (WEF), the tool assesses green policies across five key areas: measuring and governance; reforming financial systems; greening individual sectors; tackling social inequality and valuing nature. The Tracker assigns each nation a score out of 20 for each of these key areas, resulting in an overall score of 100. This enables like-for-like comparisons across any of the areas in isolation or the broader policy picture. To mark the launch of the Tracker, the Coalition has published a benchmark ranking 20 nations using the tool’s methodology, in which low-income, developing and mid-income countries are represented. Sweden and France have taken the benchmark’s top and second-place spot respectively, when all key areas are considered. (edie)