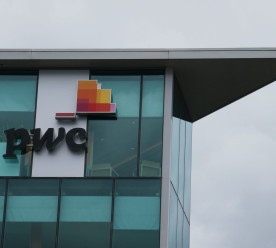 The world’s top CEOs are more concerned than ever about the impact of climate change on their business, according to a global survey of over 1,500 corporate leaders. Unveiled at the Davos summit, the 23rd edition of the annual CEO survey from consultancy giant PwC revealed the concerns about climate change with top bosses identifying a mix of opportunities and risks that are arising as a result of climate impacts and policies. It found that 64 percent of CEOs in the UK believe climate change is a threat to their organisation, with a quarter stating that they were “extremely concerned” about the issue, which is triple that of 2016. The results from the UK were largely repeated around the world. The survey also revealed that three-quarters of UK chief executives believe that responding to the climate emergency through new business pledges and initiatives will provide a reputational advantage. On top of this, 51 percent believe that responding to climate change will lead to new product and service opportunities. (Business Green, edie)

A landmark ruling by the United Nations (UN) human rights committee has deemed it unlawful for governments to return people to countries where their lives might be threatened by the climate crisis. The judgment is the first of its kind and represents a legal “tipping point” for future protection claims for people whose lives and wellbeing have been threatened due to climate change, experts say. Tens of millions of people are expected to be displaced by global heating in the next decade. The judgment relates to the case of Ioane Teitiota, from the Pacific nation of Kiribati, one of the countries most threatened by rising sea levels. Teitiota applied for protection in New Zealand in 2013, claiming his family’s lives were at risk. There was evidence of overcrowding on the island where Teitiota lived, due to sea level rising leading neighbouring islands becoming uninhabitable, leading to violence and social tensions. The UN’s ruling means many like him will be offered new protections from climate-induced migration. (The Guardian)

Half a billion people struggle to find adequate paid work

Nearly half a billion people around the world are struggling to find adequate paid work, trapping individuals in poverty and fuelling heightened levels of inequality, according to a United Nations report. The UN’s International Labour Organization’s (ILO) study said more than 473 million people around the world lacked the employment opportunities to meet their needs. In addition, the UN agency said global unemployment was due to rise for the first time in almost a decade in 2020, as weaker levels of economic growth around the world lead to the number of people out of work rising by about 2.5 million to stand at more than 190 million. In a stark assessment of the risks from underemployment, it said the lack of productive, well-paid jobs meant more than 630 million workers worldwide lived in extreme or moderate poverty on incomes of less than $3.20 (£2.46) a day. Despite a gradual trend to reduce global poverty levels, it said that these people lacked adequate income to escape destitution. (The Guardian)

The global economy is now consuming over 100 billion tonnes of materials each year, with rapidly increasing resource use tipping the planet towards an environmental and climate catastrophe, new analysis launched today at the World Economic Forum in Davos indicates. The latest Circularity Gap Report estimates the world reused just 8.6 percent of minerals, fossil fuels, metals, and biomass which entered the global economy in 2017, laying bare ongoing failures to curb resource use and build a more circular economy. Resource use appears to be growing at an alarming rate, rising 8.4 percent from 2015, the first year for which the analysis was undertaken by Dutch think tank Circle Economy. At the same time, the rate of reuse has grown by only 3 percent, suggesting the world’s growing capacity for reuse and recycling is struggling to keep pace with new resources being extracted from the planet. Potential actions suggested in the report include improving product design, better supporting repair work, and undertaking a rethink around the concept of ownership. (Business Green)

PayPal teams up with U.S. group to combat human trafficking

Online payment system company PayPal will join forces with a leading U.S. anti-trafficking group in an effort to identify illegal money transactions, helping launch a specialized team to develop new ways of spotting criminal financial activity. Human traffickers often force people into modern slavery which generates around $150 billion a year in illegal profits, according to the International Labour Organization (ILO). Banks and other financial institutions are under pressure to stop traffickers from laundering cash and, anti-trafficking group Polaris has said it will work with PayPal to identify red flag transactions. Polaris, which runs the National Human Trafficking Hotline, will be creating a financial intelligence unit, with donated support and experts from Polaris. The new unit, which also will include law enforcement experts, will research new and innovative ways to recognize financial transactions that could signal human trafficking. The scheme will identify “those who profit off of the exploitation of others and provide actionable information to law enforcement,” Sara Crowe, director of Polaris’s strategic initiative on financial systems, said in a statement. (Thomas Reuters Foundation)