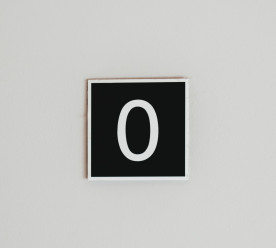 All business leaders and companies attending the World Economic Forum in Davos this week have been asked to make public commitments to achieving net-zero emissions by 2050 or earlier. The Forum notes that emissions are increasing by 1.5 percent annually, far off the 3-6 percent required annual reduction between now and 2030 to limit global warming to at least 2C, according to the Intergovernmental Panel on Climate Change (IPCC). The letter is accompanied by recommendations for companies to publicly report their greenhouse gas emissions and disclose climate-related financial risks and impacts. It also calls on companies setting targets up to 2050 to include a “milestone target” set for 2030. However, Swedish climate activist, Greta Thunberg who spoke at the forum warned that net zero carbon emissions were not enough, instead making a call for commitments to ‘true zero’. The call for action comes after the World Economic Forum stated the five biggest global risks in terms of likelihood and severity are climate-related, as previously reported. (edie; BBC)

A new coalition has been launched to mobilise a $500 million investment platform to help achieve the Sustainable Development Goals (SDGs) by targeting businesses operating in developing countries. The SDG500 is a coalition of private and public sector organisations, including United Nations entities, non-governmental organisations and private equity firms. The investment platform will target businesses across the agriculture, finance, energy, education and healthcare sectors across Africa, Asia, Latin America, and the Caribbean and Pacific regions. The SDG500 will offer six underlying funds aimed at addressing the “missing middle” finance gap that can impact start-ups and disruptors at a point where the original market growth becomes constrained. There will also be a focus on gender and the empowerment of women for some of the funds. The founder and managing partner Jean-Philippe de Schrevel, from Bamboo Capital Partners, noted that he had “never seen a coalition from the private and public sector come together to achieve the SDGs on this scale before”. (edie)

Drinks giant Coca-Cola will not ditch single-use plastic bottles because consumers still want them, the firm’s head of sustainability, Bea Perez, has stated. The company, which is one of the biggest producers of plastic waste, has pledged to recycle as many plastic bottles as it uses by 2030. However, environmental campaigners argue many Coke bottles would still go uncollected and end up in landfill. In 2019, it was found to be the most polluting brand in a global audit of plastic waste by the charity Break Free from Plastic. Coca-Cola has also pledged to use at least 50% recycled material in its packaging by 2030. It is also partnering with NGOs around the world to help improve collection. Perez stated that using only aluminium and glass packaging could push up the firm’s carbon footprint. Perez noted that she agreed with calls for Coca Cola to reach its environmental goals sooner than 2030, however did not indicate whether she would step down if the plans failed. (BBC)

A group of global financial services firms, including Mastercard, Citibank and Santander UK, have launched a new coalition focused on making investments that preserve and restore the environment, starting with a pledge to plant 100 million trees in the next five years. The ‘Priceless Planet Coalition’ has made the pledge through a rewards system, which will encourage consumers to use public transport by pledging to plant trees per journey. More partners of the coalition are expected to be announced and participating companies will implement their own corporate sustainability strategies. The tree-planting campaign will be launched in partner cities around the world, including London, New York, Stockholm, Helsinki, Ankara and Barcelona. The coalition will work with Conservation International, which has protected or restored more than six million square kilometres of land and sea across more than 70 countries, and the World Resource Institute on the forestation projects. (edie)

Of the investments collectively made by the world’s largest public, private and state-owned oil and gas giants in 2018, less than 1 percent went towards low-carbon activities, according to new analysis by the International Energy Agency (IEA). Entitled ‘The Oil and Gas Industry in Energy Transitions’, the report analyses the ways in which the oil and gas sector is adapting – and failing to adapt to – the global transition to low-carbon energy systems, both within their own operations and through their collaboration with external organisations. It found a lack of investments in low carbon activities such as building renewable energy infrastructure or installing carbon capture, usage and storage (CCUS) technologies. The report also noted that even the most progressive oil and gas majors are only allocating around 5 percent of their annual investment in these fields, concluding that a “much more significant change in overall capital allocation would be required to accelerate energy transitions”. (edie)