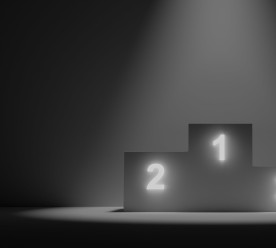 Supermarket Sainsbury’s, toy maker Lego and retailer H&M are among just 2 percent of 8,000 businesses reporting to the CDP environmental disclosure rankings to make the prestigious “A-list” of companies disclosing on climate change. The CDP results, released today, score companies based on environmental data voluntarily disclosed by corporates and cities on its platform. Tech giants Amazon and Facebook were among those to score an F for failing to submit a response for climate change in 2019. Dexter Galvin, CDP’s global director of corporations and supply chains, said the financial performance of companies on the A-list better than their rivals, demonstrating that “leading on climate action is good business in today’s economy” and would be “essential business in tomorrow’s economy”. A-list companies scored highly because of their transparent and comprehensive disclosure of climate data. Examples of best practice include setting science-based targets, shifting to renewable energy and incentivising suppliers to reduce their emissions. (The Guardian)

Companies must urgently develop new, consistent standards for disclosing how business activities impact on progress towards the UN Sustainable Development Goals (SDGs), a group of accounting and disclosure experts have warned. In a report, drawn-up by global accounting bodies in conjunction with the World Benchmarking Alliance (WBA), firms were recommended to move away from reporting on discrete actions to progress certain goals and towards disclosing how all business activities, including investment activity, impacts progress on the SDGs. It also states that firms should consider sustainable development risks and opportunities relevant to their long-term business strategy. Standardised reporting on these issues would make it easier for investors and banks to compare vulnerability across sectors and move capital to more climate-resilient companies and sectors, experts argue. This report comes as the WBA publishes its list of the 2,000 ‘most influential companies’ on the SDGs which they argue will “shape our future”. Among those included on the list are pharma giants AbbVie and GSK, transport company Go-ahead and mining company Anglo American. (Business Green)

A report from the World Economic Forum (WEF), launched at the start of the WEF annual meeting in Davos, has said greater social mobility would help narrow the gap between rich and poor and boost global growth by almost 5 percent in the next decade. The report states that only a handful of 82 countries surveyed had put in place policies that would foster social mobility, but that a concerted effort to increase opportunities for people to achieve their full potential would have a marked impact on economic performance. The WEF report found that the top five countries for social mobility were all Scandinavian, with only the US and Italy having a weaker performance than Britain among the G7 industrialised nations. The UK scored especially poorly for education and fair wage distribution. The WEF said the four priorities for social mobility were fair wages, social protection, lifelong learning and better working conditions. (The Guardian)

The Chinese government has announced a new plan to crack down on plastic pollution across the country by 2025, including a ban on single-use plastic straws and bags. The country has said both the production and use of a large number of single-use plastics would be slowly phased out across the country by the middle of the decade. Non-degradable bags will be banned in major cities by the end of 2020 and in all cities and towns by 2022, and the restaurant industry will be banned from using single-use straws by the end of this year. China produces more than 29 percent of the world’s plastic products, making it the largest manufacturer of plastic in the world. But it is also one of the largest consumers of plastic, creating problems for waste management. The country’s largest rubbish dump – the size of around 100 football fields – is already full, 25 years ahead of schedule. (CNN, BBC)

EU considers ban on facial recognition of up to five years

The European Commission has revealed it is considering a ban on the use of facial recognition in public areas for up to five years, whilst the regulator works out how to prevent the technology being abused. The technology allows faces captured on CCTV to be checked in real time against watch lists, often compiled by police. Exceptions to the ban could be made for security projects as well as research and development. The Commission set out its plans in an 18-page document, suggesting that new rules will be introduced to bolster existing regulation surrounding privacy and data rights. It proposed imposing obligations on both developers and users of artificial intelligence and urged EU countries to create an authority to monitor the new rules. The proposals come amid calls from politicians and campaigners in the UK to stop the police using live facial recognition for public surveillance. Campaigners claim the current technology is inaccurate, intrusive and infringes on an individual’s right to privacy. (BBC)