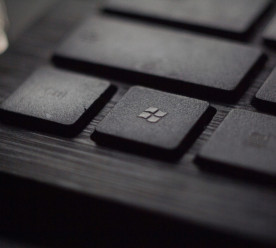 Tech giant Microsoft has pledged to remove “all of the carbon” from the environment that it has emitted since the company was founded in 1975. To achieve this target by 2050, the company aims to become “carbon negative” this decade, removing more carbon from the environment than it emits. This goes beyond “carbon neutrality”, as pledged by Amazon, which aims to add no net carbon to the atmosphere. Microsoft says it will achieve carbon negativity by using a range of natural and tech-based carbon capture and storage approaches. The company also announced it was setting up a $1 billion (£765m) climate innovation fund to develop carbon-tackling technologies. The announcement was largely welcomed by environmentalists, however Greenpeace warned that Microsoft still needed to address its ongoing relationship with oil and gas companies. Tech companies’ manufacturing and data-processing centres create large amounts of carbon dioxide. Other tech firms, including Facebook, Google and Apple have so far not made “carbon negative” commitments. (BBC, Business Green)

Some of the world’s biggest food brands are failing in their commitments to remove deforestation from their supply chains through their use of palm oil, despite making public claims to environmental sustainability, according to two reports. Published by environmental campaign groups WWF and Rainforest Action Network, the  say commitments are not being met to phase out deforestation through the use of sustainable palm oil. Many of the companies highlighted as performing poorly or missing targets are household names, including Kellogg’s, Mondelez and General Mills, whose brands include Yoplait and Häagen-Dazs. In the UK, major brands such as Greggs, Warburtons, Reckitt Benckiser and Associated British Foods also ranked low in the table. Ferrero, the Italian chocolate maker, was the only company to exceed 20/22 points. The UK retailers Marks & Spencer and the Co-operative Group also scored highly, with 18.75 and 18 points respectively. (The Guardian)

Leading UK psychiatrists say they will never understand the risks and benefits of social media use on children’s mental health unless companies hand over their data to researchers. The report by the Royal College of Psychiatrists stated tech companies must be made to share data and pay a tax to fund important research. The report continued that there is growing evidence internet use can harm mental health, but research is still lacking. The psychiatrists noted that there can be many positives to children using technology, such as online support, instant communication and access to information, but screen time can also be potentially harmful to health, such as distressing content and addiction to screens at the expense of sleep, exercise and family time. In response, civil rights group Big Brother Watch said it recognised the importance of research into the impact of social media, but that users must be “empowered to choose what data they give away, who to and for what purposes” and stated that children should not be treated “like lab rats”. (BBC)

Charities crowded in affluent areas instead of where they are needed, says thinktank

Charitable wealth and resources – from volunteers to philanthropic donations and council grants – is disproportionately concentrated in England’s most affluent areas at the expense of the country’s most deprived communities, a report claims. The thinktank New Philanthropy Capital (NPC) calls for a rebalancing of public funding and philanthropy to rebuild civil society in the “left behind” areas of the North and Midlands. It said that government promises to boost funding in the physical infrastructure of northern and Midland towns must be accompanied by investment in their voluntary sector and local authorities to help renew communities after years of austerity-driven cuts. Similarly, volunteering was less prevalent in deprived neighbourhoods. Data showed that major philanthropic funders did not direct as many grants to areas of high social need as might be expected, the report said. Local voluntary groups in deprived areas have reported that reductions in their grant funding meant they struggle to keep pace with demand from residents. (The Guardian)

Some of the biggest companies in the world are funding climate misinformation by advertising on YouTube, according to a study from activist group Avaaz. The group found that more than 100 brands had adverts running on YouTube videos on the site that were actively promoting climate misinformation. The brands, including Samsung, L’Oréal and Decathlon, were unaware that their adverts were being played before and during the videos. For the report, Avaaz examined videos pushed to users when they search “global warming”, “climate change”, or “climate manipulation” on the site, focusing particularly on those giving high prominence by YouTube’s recommendation algorithms. It found that 16 of the top 100 videos on the first term contained misinformation, as did eight of the videos found under “climate change” and 21 of those under “climate manipulation”. Avaaz argued that YouTube has previously taken steps to protect users from anti-vaccine and conspiracy theories but has not acted in equal force against broader misinformation disinformation content, including that around the climate crisis. (The Guardian)