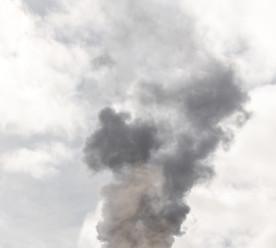 BlackRock Chief Executive Larry Fink has warned company boards to step up efforts to tackle climate change, a significant shift by the world’s top asset manager as it faces mounting concerns about its fossil fuel investments. In Fink’s annual letter to CEOs, posted on the company’s website, Fink forecasts a “fundamental reshaping of finance” and said companies must act or face anger from investors over how unsustainable business practices might curb their future wealth. Fink also said BlackRock would “be increasingly disposed” to cast critical proxy votes tied to sustainability and said in a separate letter to clients that the firm will by mid-2020 sell off its actively managed client portfolios stakes in companies that derive more than 25 percent of their revenues from thermal coal production. Climate activists hailed Fink’s revamped stances and said they would put pressure on rivals, though some cautioned the New York-based asset manager must still back up its new rhetoric. (Reuters)

Streaming platform Netflix has been accused of funnelling as much as £330m in profits made from operations outside the US into tax havens, while receiving generous relief for making shows, such as The Crown, in the UK which helped cut its bill. The Taxwatch thinktank has estimated that in 2018 Netflix moved between 250 million and £330 million in profits from international operations outside the US, including the UK, to low-tax jurisdictions such as the Netherlands. Despite having more than 10 million subscribers paying more than £860 million in subscription fees each year in the UK, Netflix UK received a £51,000 rebate from the government in 2018. The company’s UK financial filing stated revenues of just €48 million, and pre-tax profits of €2.3 million, because the hundreds of millions of pounds from British subscribers are channelled via its European headquarters in the Netherlands. At the same time, Netflix, which has a market value of $150 billion, claimed £924,000 in tax relief as part of government incentives to make sure Britain remains a competitive location for making productions, according to the report. (The Guardian)

The US National Security Agency (NSA) has discovered a major flaw in the Windows 10 computer software, developed by tech giant Microsoft, that could have been used by hackers to create malicious software. The flaw could, in theory, have allowed a hacker to pass off a piece of malicious software as being entirely legitimate. Microsoft has issued a patch and said it had seen no evidence of the bug being exploited by hackers. The security expert who first reported the revelation, stated that Microsoft sent the patch to branches of the US military and other high-level users ahead of its wider release. The NSA’s director of cyber-security Anne Neuberger told reporters that the bug “makes trust vulnerable”, yet Microsoft states it has seen no evidence of the bug being exploited by hackers. However, Prof Alan Woodward, a security expert based at Surrey University, identified a further concern that once “the vulnerability is known about in detail, exploits will be produced and the laggards who don’t patch will be prime targets”. (BBC)

The EU’s regional policy Commissioner Elisa Ferreira has revealed the details of the €100 billion ‘Just Transition Mechanism’, a key financial component of the European Green Deal that should make the bloc climate neutral by 2050. EU leaders agreed in December on a bloc-wide objective of reaching climate neutrality by 2050. Poland refused to sign up, saying it needed more EU funding to help phase out coal. The Commission will, therefore, consider the intensity of greenhouse gas emissions of the industrial sector, the impact in terms of employment of the transition for these industries, and the relative prosperity of countries. The Fund will provide financial aid to countries in their work towards climate neutrality. The fund will be based on €7.5 billion of “fresh money”, to be topped up with financing from the European Regional Development Fund and the European Social Fund Plus. The European Investment Bank will give “priority access” to loans for transition projects. One of the contentious issues is the size of the Cohesion Policy budget would be cut by 7 percent under the current proposal. (Edie)

HS2, the planned high-speed railway, will destroy or irreparably damage five internationally protected wildlife sites, 693 local wildlife sites, 108 ancient woodlands and 33 legally protected sites of special scientific interest, according to the most comprehensive survey of its impact on wildlife. The study was drawn together by 14 local Wildlife Trusts and other charities and landowners along the route including the National Trust and the Woodland Trust. The Wildlife Trusts are urging the prime minister to “stop and rethink” the £100 billion project, which the organisation says will also destroy carbon-capturing habitats and “damage the very ecosystems that provide a natural solution to the climate emergency”. The government has stated its 25-year plan for the environment includes a commitment for “environmental net gain” in infrastructure projects and HS2 has pledged there will be no net loss of biodiversity along the whole route. However, the trusts still claim that this is “unachievable under current plans”. (The Guardian)

Image source: smoke coming out from pipe by Patrick Hendry on Unsplash