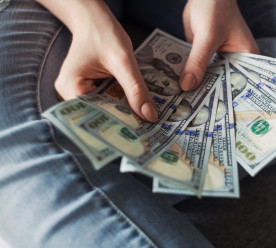 Vanguard refuses to sign up to climate crisis commitment

Vanguard, the world’s second largest asset manager, has refused to sign up to a group of major investors demanding that polluters respond to the climate crisis, despite its rival BlackRock relenting to pressure to do so. As reported last week, Blackrock joined the group Climate Action 100+ (CA100+), which pressures some of the biggest polluters to reduce their emissions. However, Jeanne Martin, campaign manager at ShareAction, a charity focussed on responsible investment, highlighted the voting records of both BlackRock and Vanguard opposed more than 80 percent of climate-related shareholder motions since 2015. This means Vanguard’s decision to not to join CA100+ leaves them increasingly isolated and “moves the spotlight firmly on Vanguard”. However, a spokesperson from the company has said it “is pursuing an active engagement strategy that focuses on boards’ climate governance and oversight of climate risk or climate strategies”. (The Guardian)

Tech giant Facebook has decided not to limit how political ads can be targeted to specific groups of people, as its main digital-ad rival Google did to fight misinformation, reported in November. Neither will it ban political ads outright, as Twitter confirmed last October. Facebook will not factcheck ads either, instead announcing much more limited “transparency features” that aim to give users more control over how many political ads they see and to make its online library of political ads easier to use. However, these steps appear unlikely to assuage critics, including some of the company’s rank-and-file employees, who say Facebook has too much power and not enough limits when it comes to its effects on elections and democracy itself. Chief executive Mark Zuckerberg continues to argue that “political speech is important” and that Facebook doesn’t want to interfere with it. This follows Facebook announcement last week, that they would remove all hoax videos modified by artificial intelligence from their platform. (The Guardian)

Community-generated green electricity to be offered to all in UK

UK homes will soon be able to plug into community wind and solar farms from anywhere in the country through the first energy tariff by Co-op Energy to offer clean electricity exclusively from community projects. The energy supplier will charge an extra £5 a month over Co-op’s regular tariff to provide electricity from community energy projects and gas which includes a carbon offset in the price. Co-op, which is operated by Octopus Energy, will source the clean electricity for its new tariff directly from 90 local renewable energy generation projects across the UK. Co-op, which has about 300,000 customers, has set itself apart from a rising number of energy supply deals which are marked as 100 percent renewable, but in fact purchase cheap renewable energy certificates without necessarily buying energy from renewable projects. Consumer group Which? has found that many suppliers offer renewable energy tariffs but do not generate renewable electricity themselves or have contracts to buy any renewable electricity directly from generators. (The Guardian)

Gambling on credit cards to be banned

People in the UK are to be banned from using credit cards to place bets, in an attempt to curb problem gambling, the Gambling Commission has said. The ban, due to start on 14 April, comes after reviews of the industry by the commission and the UK government. Separate commission research shows that 22 percent of online gamblers using credit cards are classed as problem gamblers. Neil McArthur, Gambling Commission chief executive, said “Credit card gambling can lead to significant financial harm. The ban that we have announced today should minimise the risks of harm to consumers from gambling with money they do not have”. He also said there are examples of consumers accumulating tens of thousands of pounds of debt and that feed charge by credit cards can exacerbate the situation by consumers trying to chase losses. Culture Minister, Helen Whately, said “We will not hesitate to take any further action necessary to protect people from gambling harm”. (BBC)

Siemens defies critics by sticking with Australia coal mine contract

Industrial manufacturing company Siemens is facing a backlash from climate campaigners and key institutional investors, after it refused to rip up a contract to provide infrastructure for a controversial Australian coal project. Victims of the country’s bushfires, environmental activists and some of Siemens’ own employees had called on the company to abandon an agreement to build rail signalling systems for the proposed A$2 billion Carmichael mine in Queensland. In a blog post, chief executive Joe Kaeser said there was “no legally and economically responsible way” for Siemens to pull out of the contract which was signed with the Indian company Adani in December. He admitted that Siemens’ management “should have been wiser about this project beforehand”. Investors are likely to warn of the reputational damage caused by the company’s handling of the saga. Ingo Speich, head of sustainability and corporate governance at Deka Investment, a Siemens shareholder, confirmed that the “Adani topic” would be raised at the company’s annual meeting next month. (Financial Times*)