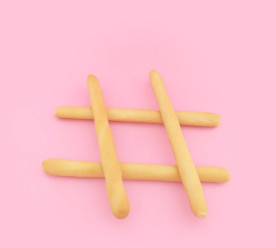 Big Tech companies have urged the EU not to hold them legally liable for all the content on their platforms but accepted efforts to remove illegal and harmful activity might require oversight from a new bloc-level watchdog. Lobbyists representing the likes of Google, Facebook and Twitter have written to the European Commission as it draws up a Digital Services Act to set out rules for the technology sector. There has been growing pressure for Silicon Valley executives to be made personally accountable for illegal material on their platforms and for tech groups to face greater scrutiny over how they police content. The EU has previously allowed platforms to regulate themselves for illegal material in everything except terrorist content and not to be held legally liable for illegal content, such as hate speech or videos of child sex abuse, of which they are unaware. The lobbyists warned that making companies liable for all content on their platforms would lead to punishments for companies that tried, proactively, to uncover illegal material. (Financial Times*)

Japanese car-maker Nissan has described Carlos Ghosn’s escape from Japan as “extremely regrettable” and vowed to pursue legal action against its former chairman over his “serious misconduct”. In its first public comment since Ghosn skipped bail and fled Japan to Lebanon last week, Nissan said its “robust, thorough internal investigation” had “incontrovertible evidence of various acts of misconduct”. Nissan said in its statement its internal investigation had determined that Ghosn, who rescued the firm from near-bankruptcy 20 years ago, “was not fit to serve as an executive”. However, Ghosn claims he had been the victim of a “coup” by former colleagues opposed to his plans to deepen the alliance between Nissan and the French carmaker Renault. Ghosn has stated that he had fled months before he was due to stand trial on financial misconduct charges, because he did not expect to receive a fair trial under Japan’s “rigged” justice system. (The Guardian)

Equinor outlines new emissions target to achieve “near zero” by 2050

Norwegian oil and gas giant Equinor has pledged to bring the greenhouse gas footprint of its onshore plants and offshore fields to “near zero” by 2050. The firm’s new long-term ambition is bolstered by interim targets of a 40 percent emissions reduction by 2030 and a 70 percent reduction by 2040. All targets are set against a baseline of 2018, when Equinor’s fields and plants emitted 13 million tonnes of CO2e. In order to meet the 2030 target, Equinor has earmarked £4.33 billion to invest in energy efficiency and electrification projects at selected locations.  Equinor has stated that meeting the targets will require a broader approach to electrification, infrastructure consolidation and increased investment in hydrogen, offshore wind and carbon capture and storage. However, this approach has received widespread criticism among the green economy, with Nature and Youth board member Andreas Radoey calling it “too little, too late”, stating that “in 2050, there can’t be any oil extraction from Norway’s continental shelf”. (edie)

Japanese car-maker Toyota has unveiled plans to build a sustainable “city of the future” near Mount Fuji that will run on hydrogen fuel cells and become a living laboratory for self-driving vehicles, robotics and artificial intelligence. The prototype city, announced at the CES technology show in Las Vegas, will host a futuristic community that will cut carbon dioxide emissions from vehicles and buildings and use internet technology in practically every aspect of daily life. Toyota said about 2,000 people, mostly the firm’s employees, would initially live in the city. Toyota said the city would be “fully sustainable”, with buildings made mostly of wood to minimise the carbon footprint. Other businesses would be free to collaborate on the project, the firm said, adding that it would invite scientists and researchers from around the world to use the city as their “real-world incubator”. Construction is due to start next year. (The Guardian)

British supermarket Co-op has brought forward its deadline for ensuring that 100 percent of the packaging on its own-brand lines is easy-to-recycle from 2023 to summer 2020. After removing all black plastics from own-brand lines and rolling out compostable carrier bags last year, the Co-op has now said it is on track to achieve the ambition this summer. The company’s chief commercial officer for retail, Michael Fletcher, said the last big challenge in achieving the aim is tackling plastic film, which most UK councils will not collect at kerbside. To overcome this obstacle, Co-op will trial in-store collection points for all kinds of flexible plastics during spring and install such points across its national retail estate by the end of the summer. Customers will be encouraged to deposit items such as crisp packets and bread, pasta and rice bags in the boxes, which will be collected for specialist recycling. (edie)