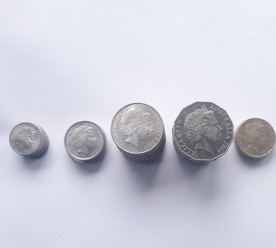 FTSE 100 chief executives were paid 117 times more than the average worker in the UK in 2018, according to research by thinktank the High Pay Centre. The findings are released as publicly listed UK companies with more than 250 employees face having to disclose the ratio between chief executive pay and that of their average worker in this year’s annual report for the first time. Companies will also need to explain executive pay policies more fully. Excessive executive remuneration will become a focus for dissent again at this year’s AGM season, with scrutiny now extending to pension payouts alongside high wages and contentious performance bonuses. Luke Hildyard, director of the High Pay Centre said “CEOs are paid extraordinarily highly compared to the wider workforce, helping to make the UK one of the most unequal countries in Europe”. Andrea Leadsom, the business secretary said reform this year would “increase transparency around how directors meet their responsibilities and future plans to ensure companies cannot shy away from required reporting on executive pay”. (Financial Times*)

Ethical veganism is a belief protected by law, tribunal rules

An employment tribunal has ruled that ethical veganism is a philosophical belief that is protected by law against discrimination. The ruling came in a case brought by Jordi Casamitjana, who claims he was unfairly sacked by the League Against Cruel Sports (LACS), an animal welfare charity, after he raised concerns with colleagues that its pension fund invested in companies involved in animal testing. The ruling acknowledged that ethical veganism satisfies the tests required for it to be a philosophical belief protected under the Equality Act 2010. For a belief to be protected, it must meet a series of tests including being worthy of respect in a democratic society, not being incompatible with human dignity, and not conflicting with the fundamental rights of others. Helen Crossland, a partner at law firm Seddons noted that “Unless overturned on appeal, employers should expect to see legal protection extended to other beliefs, particularly as they become more established in society”. (The Guardian)

Magazine Vogue Italia will not publish any photos in its latest issue, in a bid to highlight the environmental impact of producing a glossy fashion magazine. By ditching the usual fashion shoots with models, photographers, make-up artists and stylists in favour of illustrations, editor Emanuele Farneti said he hopes to demonstrate a new way for the fashion press to show clothes to readers. In a note published online last week, Farneti said producing the September issue of Vogue Italia involved 20 flights, a dozen train rides, 60 international shipments, 40 cars on standby, at least ten hours of studio lighting, and mountains of waste. By contrast, January’s issue features seven different cover illustrations based on real models, and all the features were produced without photoshoots or international shipments. In December Farneti joined with 25 other Vogue editors around the world to issue a joint statement promising they would “preserve our planet for future generations”. (Business Green)

The average British person will have emitted more carbon dioxide in the first two weeks of this year than a citizen of any one of seven African nations does in an entire year. This is the key finding of research by aid agency Oxfam, which discovered that someone in the UK will take just five days to emit the same carbon as someone in Rwanda does in a year. The study revealed that annual emissions of carbon dioxide, per head of population, is 0.09 tonnes in Rwanda, compared to the global average of 4.7 tonnes per person per year and 8.3 in Britain. Danny Sriskandarajah, the chief executive of Oxfam GB, described the scale of global inequality revealed by the study as staggering but noted the encouragement “from the willingness of the British public to take action”. This view is supported by a recent poll by market research firm, YouGov, conducted for Oxfam, that showed that 61 percent of people in Britain want the government to do more to address the climate emergency. (The Guardian)

Global production of batteries, solar panels, electric cars and wind turbines could stutter without more action to increase the supply of vital rare minerals and metals, a team of international experts has warned. Without more reuse and recycling of rare materials such as lithium, cadmium, cobalt and copper, and international agreements to safeguard their supply around the world, the world could face a global shortage of these crucial green materials, they argue. Global supplies of these materials are often concentrated in a single country or heavily monopolised by one country, often politically unstable. Benjamin Sovacool, professor of energy policy at the University of Sussex, predicts that tougher competition for land-based supplies of rare minerals and metals will prompt some to look to the ocean or even space to find mineral reserves. However, the researchers insist governments should focus on making resource extraction more sustainable, signing international agreements on responsible mining, expanding the reuse and recycling of materials, diversifying supply chains and implementing strong Extended Producer Responsibility requirements on products that use valuable materials. (Business Green)

Image source: round silver-colored coin by Pawan Kawan on Unsplash