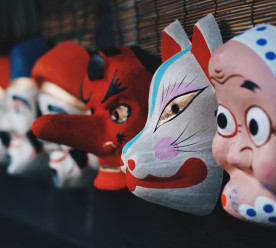 British multinational bank Barclays is being urged to stop offering loans to fossil fuel companies as part of the first ever shareholder climate resolution aimed at a UK bank. A group of 11 pension and investment funds owning approximately 0.2% of Barclays shared have filed a resolution calling for Barclays to phase out services to energy companies that fail to align with Paris climate goals. That includes lending to specific fossil fuel projects or for companies themselves, which include electricity and gas providers which fall foul of climate targets. The resolution, spearheaded by the campaign group ShareAction and signed by more than 100 additional individual shareholders, will be voted on at Barclays annual general meeting in May 2020. A recent study commissioned by groups including the Rainforest Action Network singled Barclays out as the largest financier of fossil fuels in Europe and the sixth largest in the world, with lending and underwriting to carbon-intensive companies and projects totalling $85bn (£64bn) between 2015 and 2018. (The Guardian)

Facebook has announced it will remove hoax videos modified by artificial intelligence, known as ‘deepfakes’, from its social media platform. Facebook said in a blog that these videos distort reality and present a “significant challenge” for the technology industry. Facebook staff and independent fact-checkers will be used to judge video authenticity on the site and content will be removed if it has been edited in ways that aren’t obvious to an average person, or if it misleads a viewer into thinking a person said words they did not actually say. Last September, Facebook announced it was contributing $10m (£7.6m) to a fund to improve deepfake detection technologies. However, the company has been criticised for refusing to remove an altered video of US House of Representatives Speaker Nancy Pelosi. Facebook told Reuters it would not be taking the video down under the new policy as it did not meet the standards for removal. “Only videos generated by artificial intelligence to depict people saying fictional things will be taken down”, Facebook said. (BBC)

Shell Aviation, the jet fuel arm of the Dutch oil giant, has announced a new deal with World Energy and German aviation company Lufthansa Group that will see the airline supplied with sustainable aviation fuel for flights between San Francisco and Munich, Frankfurt, and Zurich. Lufthansa will be provided with up to one million gallons of sustainable aviation fuel over the course of the 12-month project, which began in November. The fuel, made from waste agricultural fats and cooking oil, boasts lifecycle carbon emissions at least 80 percent lower than conventional jet fuel and will be blended to account for up to 30 percent of an aircraft’s fuel mix, Shell Aviation said. The supply deal forms part of the new “multi-year” partnership between Shell Aviation and US low carbon fuel supplier World Energy to develop a “scalable supply” of sustainable aviation fuel to the commercial aviation market. (Business Green)

US retail giant Kroger has unveiled new steps to eliminate food waste across its company by 2025 by prioritising food donations and technological innovations to drive action. Kroger’s ‘Zero Hunger, Zero Waste’ social impact plan launched in 2017 to develop and deliver several initiatives to reduce waste across Kroger’s food offerings. The retailer has this week updated the strategy to establish action plans for the 2025 deadline for eliminating waste. The retailer has announced several new methods to help with this ambition, including a $10 million fund through its Foundation to provide grants for innovations that can contribute. Food donations will also be accelerated, with Kroger targeting three billion donated meals by 2025. Kroger will expand fresh produce donation programmes to not only donate more food but ensure that communities accessing the donations have more balanced and healthy meals. According to Changing America waste diversion programmes have been introduced already at all of Kroger’s 2,800 stores. (edie)

Green bonds set to keep flying off shelves in 2020

Green bond issuance greatly exceeded analysts’ projections in 2019 and is set to continue expanding this year as sustainability-minded investors take up the majority of deals that hit the market. Credit-rating agency Moody’s had predicted a record-setting year for green bonds for 2019 but had to revise its projection to $250 billion from $200 billion after growth exceeded expectations. Through the end of September, more than $189 billion in green bonds — whose proceeds are used to fund environmentally-friendly projects — had come to market for the year, outstripping 2018’s total of $171 billion. The trend continued, for example Apple launched a €2 billion offering — its first euro-denominated green bonds — in one of the continent’s largest sustainable debt deals. Moody’s expects even stronger growth this year, spurred by the EU’s newly approved set of guidelines on what counts as a sustainable investment, which were drawn up to curb the practice of “greenwashing”, or making misleading claims about environmental benefits. (Financial Times)*