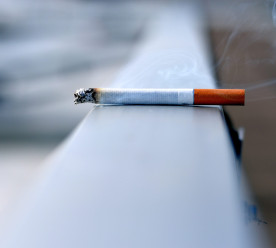 British American Tobacco (BAT) and three other e-cigarette firms have been banned by the UK advertising watchdog from promoting their vaping products on public Instagram pages in a ruling described as “a huge step forward” by health campaigners. The landmark ruling puts the spotlight on the marketing of controversial vaping and e-cigarette products to young people. The Advertising Standards Authority (ASA) rules ban the advertising of unlicensed, nicotine-containing e-cigarettes, however companies are allowed to put factual information about their products on their own websites. BAT argued its ‘Vype’ Instagram account was equivalent to a company-owned site. However, the ASA rejected this claim, adding that BAT’s celebrity-driven ads “clearly went beyond the provision of factual information and was promotional in nature”. The ASA’s ruling comes as the issue of vaping among younger people, and the health concerns emerging attributed to e-cigarettes, loads increasing pressure on the makers and marketers of these products. (The Guardian)

A Dutch-American team of scientists has released research that marks a step forward in using space technology to detect leaks of methane, a potent greenhouse gas that contributes to global warming, from oil and gas sites worldwide. The research noted that earlier this year a satellite designed to continuously monitor the planet for methane leaks, discovered that a gas-well accident at an Ohio fracking site was in fact one of the largest methane leaks ever recorded. The scientists said the new findings reinforced the view that similar methane releases, which are difficult to predict, could be far more widespread than previously thought. This is particularly notable given the global shift towards natural gas, which when burned for electricity produces half the carbon dioxide of coal but could increase the risk of methane escaping into the atmosphere before being burned. Methane is a more potent greenhouse gas which can warm the planet more than 80 times as much as carbon dioxide. (The New York Times)

New proposals aimed at developing zero-carbon vessels within 10 years would mean shipping companies would have to pay a levy on every tonne of fuel they use, transforming the high-carbon global shipping business. The International Chamber of Shipping (ICS), which represents 80 percent of the global shipping industry, is proposing a $2 levy on every tonne of fuel consumed by ships, raising $500 million a year that would be devoted to research and development of zero-carbon vessels. Fuel costs about $400 a tonne at present, set to rise to an estimated $600 next year following the introduction of new regulations on cutting sulphur emissions from ship oil. The $2 levy is small in comparison, and ICS stated it was kept low so that developing countries would see it as affordable, but still raise enough to fund the development of a new generation of ships. Ships running on hydrogen or ammonia as fuel are thought to be technically possible, but more research and development is needed to bring forward the development of prototypes. (The Guardian)

Business signatories to circular economy charity WRAP‘s UK Plastics Pact are set to distribute one billion fewer pieces of “problematic” and unnecessary single-use plastic in 2020 than they did in 2018. This is according to WRAP’s first annual report on the Pact, which publicly reveals, for the first time, baseline data regarding how much plastic signatory companies were putting onto the market before the Pact’s inception in spring 2018,  while tracking progress towards the Pact’s targets. The strongest progress in this space has come from supermarkets, WRAP claims, with most having removed plastic straw multipacks ahead of the Government’s national ban, and all having committed to stop distributing plastic cutlery by the end of 2020. WRAP also noted strong progress in removing plastic packaging from fresh fruit and vegetables, particularly by Waitrose, Morrisons, Asda and Marks & Spencer (M&S). Supermarkets signed up to the Pact have, to date, taken 3,400 tonnes of plastic packaging and 137.5 million plastic stickers off their produce lines. (edie)

Novo group invests in sustainable concrete made by adding bacteria

US-based bioMason, a start-up producing sustainable concrete using bacteria, is set to “aggressively scale” its bug-filled masonry production following a multimillion-dollar investment by global life science investor, Novo Holdings. Novo Holdings said the climate crisis means the concrete industry – notoriously carbon intensive – is ripe for disruption. Senior partner Anders Spohr noted that it “is early in the value creation process for us, but we are investing now because we are very convinced of the potential”. BioMASON says its process is vastly less carbon intensive than traditional concrete production, which uses cement made by firing a kiln up to 1,000C. The cement industry accounts for an estimated eight percent of global carbon dioxide emissions and has proved tricky to decarbonise, as carbon dioxide is also by-product of the chemical reaction in the manufacturing process itself. BioMASON stated its new method has other advantages, such as using what is currently waste material from mines, reducing extraction of raw materials.  (Business Green)