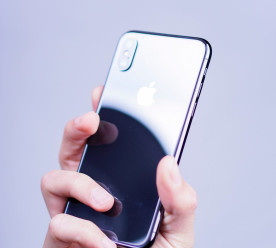 A landmark legal case has been launched against the world’s largest tech companies by Congolese families who say their children were killed or maimed while mining for cobalt used to power smartphones, laptops and electric cars. Apple, Google, Dell, Microsoft and Tesla have been named as defendants in a lawsuit filed in Washington DC by human rights firm International Rights Advocates on behalf of 14 parents and children from the Democratic Republic of the Congo (DRC). The lawsuit accuses the companies of aiding and abetting in the death and serious injury of children who they claim were working in cobalt mines in their supply chain. Cobalt is essential to power the rechargeable lithium batteries used in millions of products sold by the tech companies every year. The families and injured children are seeking damages for forced labour and further compensation for unjust enrichment, negligent supervision and intentional infliction of emotional distress. It is the first time that any of the tech companies have faced such a legal challenge. (The Guardian)

Germany will raise the price for carbon dioxide emissions from transport and heating buildings to 25 euros per tonne from 2021 after a proposed 10 euro price tag was criticised for being too low, government sources have said. The lower house of parliament last month approved a package to help Germany achieve its target of cutting greenhouse gas emissions to 55 percent of their 1990 level by 2030, but the opposition Greens, economists, business groups and activists rounded on its 10 euros a tonne CO2 emissions price. A deal on the higher price between federal government and states paved the way for the Bundesrat upper house of parliament to agree before Christmas to a reduction in VAT on state-owned rail operator Deutsche Bahn‘s train tickets. Berlin wants to make rail travel cheaper to encourage people to take the train rather than the car or domestic flights. A working group of a committee and the upper and lower houses of parliament still needs to approve the agreement this week. (Thomas Reuters Foundation)

Major companies including Ikea, Lego and Vodafone have pledged to do more to help refugees get access to education and employment. Together, the companies have pledged $250 million toward education and training in jobs and entrepreneurship to aid refugees in becoming more self-sufficient, the United Nations refugee agency (UNHCR) said in a statement. The pledges come at the end of a decade in which the number of refugees worldwide has doubled to more than 25 million people, according to the UNHCR. Swedish furniture retailer Ikea said it would support 2,500 refugees through job training and language skills in 30 countries by 2022, backed by a five-year commitment of 100 million euros. Vodafone said it would expand a digital education programme that brings online teaching tools into refugee camps in east Africa. Toymaker Lego pledged $100 million toward play-based learning tools for children displaced by crises in Africa in cooperation with the International Rescue Committee, a U.S.-based charity. (Thomas Reuters Foundation)

Royal Dutch Shell is linking the interest and fees paid on its new $10bn revolving credit facility to progress against its carbon targets. Shell claims its decarbonisation targets are consistent with the Paris Agreement’s 2C trajectory. The move is the first of its kind in the history of the oil and gas major and comes after Shell began linking the pay of its 150 most senior executives with progress against its carbon targets, following pressure from investors. The new revolving credit facility replaces Shell’s prior $8.84bn facility and is being provided by a syndicate of 25 banks, of which Barclays and Bank of America will act as joint coordinators. Fees and interest rates paid on the facility will be linked to Shell’s progress against its first three-year emissions reduction target. The commitment is to deliver a 2-3 percent reduction of the company’s overall carbon footprint against a 2016 baseline. The aim covers Shell’s direct and indirect emissions, accounting for its extraction processes and emissions generated through consumer use, as well as its operations. (edie)

Apple shareholders are set to vote on whether the tech giant should change its human-rights policies. They will be asked whether they want Apple to make a commitment to respect freedom of expression. Campaign group SumofUs called on Apple to disclose certain human-rights policies in a resolution filed in September and the US Securities and Exchange Commission rejected Apple’s appeal to block the resolution this month. If shareholders vote in favour of the motion, the company may have to explain its responses to future demands from governments that limit free expression. Apple will also have to disclose how it forms policies on these issues. “The motion will mean that Apple has to have policies around free expression, and that these will be available to shareholders,” Sondhya Gupta, a campaign manager at SumOfUs, told the BBC. The news comes as Apple faces difficulties appeasing both Beijing and Hong Kong after the company withdrew a mapping app during the Hong Kong protests. (BBC)