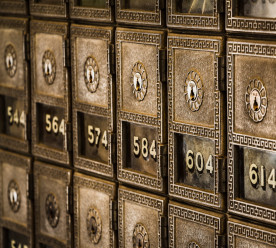 Nearly 27,000 delegates arrived in the Spanish capital in early December aiming to finalise the “rulebook” of the Paris Agreement – the operating manual needed when it takes effect in 2020. A key objective of this was to agree rules for carbon markets and other forms of international cooperation under “Article 6” of the deal. The talks were unable to reach consensus in many areas, pushing decisions into next year under “Rule 16” of the UN climate process. Matters including Article 6 and “common timeframes” for climate pledges were all pushed into 2020, when countries are also due to raise the ambition of their efforts. UN secretary general António Guterres said he was “disappointed” with the results of COP25 and that “the international community lost an important opportunity to show increased ambition on mitigation, adaptation & finance to tackle the climate crisis.” The meeting ended on Sunday afternoon, nearly 44 hours after its scheduled end of 6pm on Friday, this means COP25 became the latest-ever finish. (Eco-Business)

ESG controversies wipe $500bn off value of US companies

Quarrels involving environmental, social and governance (ESG) issues have wiped more than $500 billion off the value of large US companies over the past five years, according to an analysis by Bank of America. ESG-related risks are becoming increasingly important considerations for institutional investors and asset managers because of mounting fears about climate change, high-profile scams and damaging corporate governance failures. Bank of America examined the impact on stock prices of companies in the S&P 500 index, the main US equity market benchmark, of 24 controversies related to accounting scandals, data breaches, sexual harassment cases and other ESG issues. It found these 24 ESG controversies together resulted in peak to trough market value losses of $534 billion as the share prices of the companies involved sank relative to the S&P 500 over the following 12 months. Fines worth at least $243 billion have been paid by banks since the financial crisis, according to Keefe, Bruyette & Woods, the brokerage. (Financial Times*)

Investment bank Goldman Sachs has tightened its policy on fossil fuel financing in a move welcomed by environmental groups, just as global talks on climate change faltered in Madrid over the weekend. The Wall Street firm’s recently updated environmental policy framework includes pledges to decline financing that directly supports new thermal coal mines and upstream Arctic oil exploration and development. The company is targeting $750 billion for “climate transition and inclusive growth finance” over the next decade, according to its website. An increasing number of global banks have been reducing their lending to the coal industry, a leading contributor to greenhouse gas emissions, and increasing financing for renewable energy. Environmental organisations the Rainforest Action Network and the Sierra Club said that the revisions on fossil fuel financing make Goldman’s policy “now the strongest among the big six U.S. banks,” but are still behind those of European lenders including Credit Agricole SA and BNP Paribas SA. (Bloomberg)

Environmentalists have urged Indonesia, the world’s top palm oil grower, to follow the lead of rival producer Malaysia by allowing plantation and land maps to be made public to help fight deforestation and forest fires. Industry watchdog the Roundtable on Sustainable Palm Oil (RSPO) published members’ land maps for peninsular Malaysia and the state of Sarawak on Thursday after being given legal go-ahead to do so by the Malaysian government. Palm oil is the world’s most widely used edible oil, found in everything from margarine to biscuits, but the industry has come under scrutiny in recent years from green activists and consumers, who have blamed it for forest loss and fires and exploitation of workers. Many palm oil companies have also been found to not know the origin of their palm oil. Indonesia and Malaysia have long been urged by green groups to publish maps of where companies have been given land for palm oil plantations to allow third parties to better monitor forests and pledges on deforestation made by growers. (Eco-Business)

The chief executive of US-based card manufacturer Hallmark Cards has apologised for its decision to withdraw television advertisements featuring same-sex couples. The company’s cable network pulled the ads for wedding registry and planning site Zola under pressure from the conservative group One Million Moms. The conservative activist group is an online project of the American Family Association, which is a long-time opponent of gay rights. The decision drew criticism on social media and calls for a boycott. Hallmark said it would reinstate the adverts and attempt to re-establish its partnership with Zola. In a statement posted to its website, Hallmark said it would “be working with [advocacy group] Glaad to better represent the LGBTQ community across our portfolio of brands.” The original decision to withdraw the adverts drew criticism from several high-profile gay figures, including Democratic presidential contender Pete Buttigieg and talk show host Ellen DeGeneres. The #BoycottHallmarkChannel hashtag, which was launched by Glaad, featured in over 16,000 tweets as of Sunday afternoon. (BBC)

Image Source: Numbers on metal deposit boxes in a bank by Tim Evans on Unsplash.