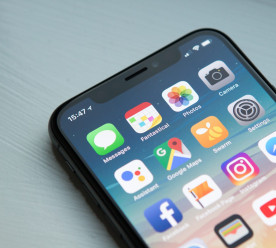 Google and Facebook dominance should be curbed, suggests CMA

The UK competition watchdog has said there is a strong argument for introducing regulations to tackle the dominance of tech giants, Google and Facebook, including potentially opening-up search engine data to rivals and bringing in rules to give consumers greater control over their data. The Competition and Markets Authority’s (CMA) interim report found that for the past decade, Google has controlled more than 90 percent of the UK’s £6 billion search advertising market, while Facebook accounts for almost half of the £5 billion internet display advertising market. The report also cites examples of the actions Google takes to maintain its market dominance, such as paying $1.3bn in the UK last year to make sure it was the default search engine on mobile devices. The watchdog also found issues with how large technology companies harvest personal data to drive advertising revenues. The CMA wants rules introduced to give people greater control over data and improve transparency and has raised a number of proposals to address Google’s dominance. (The Guardian)

Asia-focused British multinational bank, Standard Chartered, has pulled financing for three coal-fired power plants in Southeast Asia amid a global push to cut greenhouse gas emissions, throwing into doubt projects worth an estimated $7 billion. Banks and investors are facing pressure from environmental groups to stop funding coal power projects, which are seen as a major risk to global plans to tackle climate change. The Paris Climate Agreement requires a virtual end to coal power by 2050. Last week, fellow bank Credit Suisse said it would also stop financing new coal-fired power plants. Bernadette Maheandiran, legal analyst at Market Forces, noted that this “is an important step, but nothing short of what is needed if we want to align finance with the goals of the Paris Agreement”. Driven by rising electricity demand in places like Indonesia and Vietnam, Southeast Asia was the only region in the world where coal’s share of total energy supply increased last year and demand is expected to rise steadily for decades. (Reuters)

Companies boosting the number of women on their boards have hired from a small pool of candidates, a report by index provider MSCI has shown, raising concerns that some female board members may be stretched too thinly. In total, 22 percent of female directors of companies in the flagship MSCI ACWI Global Equity Index serve on three or more boards, the report found, compared with 12 percent of men. So-called ‘over-boarding’, where directors serve on multiple boards, has become an increasing focus of corporate governance activists concerned that non-executives cannot fulfil their duty of scrutiny if they have too many competing roles. Investors including BlackRock, Vanguard and Legal & General Investment Management have taken an increasingly tough line on over-boarding, introducing policies to vote against individual directors who serve on too many boards. “This finding may imply that despite the broad availability of educated and experienced female professionals, some companies have continued to rely on a limited pool of candidates,” the report said. (Financial Times*)

UK banks and insurers will be forced to reveal how exposed they are to the climate crisis and how they would respond to the effects of a temperature rise of up to 4C under the Bank of England’s first climate stress tests. The tests are expected to uncover the extent of the financial sector’s exposure to climate risks and gauge company responses that could cause ‘spill-over’ effects for the global economy. However, the Bank will not identify individual businesses through the tests and will release only aggregate results for the banking and insurance sectors. The tests, to be released for the first time in 2021, will cover the same UK banks subject to financial stress testing. About 39 insurers are expected to be tested on their climate resilience. The Bank’s proposals will go out for consultation until March and it is requesting feedback from financial companies, climate scientists, economists and other industry experts. (The Guardian)

Britain’s audit sector should be made independent from the wider accounting profession as part of sweeping changes aimed at preventing further scandals, a report has recommended. The government-backed review, led by the City grandee Sir Donald Brydon, said “urgent reform” was needed to rebuild confidence in the sector after a raft of corporate collapses, including the construction group Carillion, the department store BHS and the travel company Thomas Cook. He said auditing should take the public interest into account, rather than simply verifying financial statements. Other recommendations included improved auditor transparency, targeting corporate fraud and additional powers for shareholders to question auditors at annual investor meetings. The ‘big four’ accountancy firms, Deloitte, EY, KPMG and PwC, have been criticised for prioritising profits over proper scrutiny of companies during their audits. The report called for auditors to be prepared to be more transparent about their work, publishing profits gained from clients and to disclose the annual pay of senior auditors. (The Guardian)