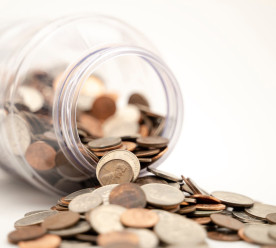 Oil and gas giant Saudi Aramco has become the world’s largest listed company after floating on the stock exchange for the first time. The company made its trading debut on Riyadh’s Tadawul stock exchange, with its shares rallying 10 percent and its market valuation nearing $2 trillion. The development means that the world’s biggest Co2 producer is now the world’s most valuable company. Aramco leads the list of the 20 fossil fuel companies who have created more than one-third of all greenhouse gas emissions in the modern era. Saudi Aramco’s value is now more than the combined market capitalisation of the five biggest international oil companies and twice as valuable as e-commerce giant Amazon. Aramco’s role as the top CO2 producer could deter some investors from taking a stake, if they take the climate emergency seriously. Andy Critchlow of S&P Global Platts says fund managers will have environmental, social and corporate governance concerns. (Financial Times)*(The Guardian)

Fewer than 10 percent of CEOs in the UK have any financial incentive to cut the environmental impact of their business practices, according to new research released today by the Vlerick Business School. It found that just six percent of CEOs have their bonus linked to an environmental target, and fewer than one percent have long-term pay incentives for improving their business’ environmental performance. The findings are based on an analysis of pay levels, habits and incentives for CEOs and CFOs at 899 European companies, including 159 UK firms. The analysis included the 600 largest firms across Europe. However, there is evidence that the number of businesses linking executive renumeration to progress against environmental goals is rising, as corporates look to deliver on increasingly ambitious climate targets. Several large companies have linked executive bonuses to climate targets in recent years, including a raft of household names such as L’Oreal, RWE and Shell. (Business Green)

Landmark U.S. legal action has accused several major hotel groups of profiting from sex trafficking on behalf of 13 women who claimed they were sold for sex in hotel rooms. Twelve hotel chains were named and accused of knowing and ignoring warning signs that women and children were sold as sex slaves on their premises. Among those named in the 13 cases were Hilton Worldwide Holdings Inc., Intercontinental Hotels & Resorts and Best Western Hotels & Resorts. The filing marked the first time the hotel industry – which has long been accused of inadvertently facilitating sexual exploitation of women and children – faced action as a group. A Hilton spokesman said in a statement the company “condemns all forms of human trafficking, including for sexual exploitation” and that it expected its business partners to help meet that commitment. Recently, a study found that major UK hotels have also found to be failing to combat the threat of modern slavery by flouting anti-slavery legislation. (Thomas Reuters Foundation)

Multinationals get behind SDG food drive in UK

Fresh plans to drive forward progress on the Sustainable Development Goals (SDGs) in the UK through a food programme have been supported by Nestlé, Nando’s, BaxterStorey, and other organisations. The move will see the companies joining organisations including WWF and the Food Ethics Council on the UK Stakeholders for Sustainable Development (UKSSD)’s ‘Food System Programme’. This scheme brings together cross-sector organisations to build on the UKSSD’s report Measuring up, which highlighted that UK calories from healthy foods consistently cost more than unhealthy food, 20 percent of 10-11 year olds are obese and global food systems are contributing up to 30 percent of greenhouse gas emissions. A series of meetings with stakeholders has been set-up for 2020 with plans for a roadmap to be launched for a sustainable food system in September 2020. The UKSSD has previously launched a landmark report into the UK Government’s approach to the SDGs which revealed that the nation was only performing well on 24 percent of targets. (edie)

The Competition and Markets Authority (CMA) has today approved OVO Energy‘s planned £500m acquisition of SSE Energy Services, clearing the path for the transaction to complete next month. The deal would reshape the UK’s ‘Big Six’ energy companies, seeing OVO add 3.5 million SSE customers to its existing 1.5 million customer base. The move is designed to turbocharge OVO’s ‘Plan Zero’ strategy, which was announced within days of the proposed takeover and will see the company accelerate efforts to both slash its own emissions to net zero and work with domestic customers to deploy clean technologies and halve their emissions. SSE said it would OVO to “give an even greater focus to delivering the low carbon infrastructure needed to help the UK reach net zero emissions”. The news of the CMA’s decision comes on the same day as OVO announced a new partnership with Mitsubishi Motors in the UK that will see them team up to “offer innovative green solutions to their respective customers”. (Business Green)

Source Image: spilled coins from the jar by Michael Longmire on Unsplash.