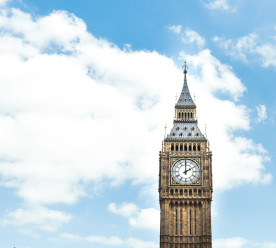 After the Conservative Party secured a win in the UK’s General Election, environmental groups, including Green Alliance, Greenpeace UK and the Renewable Energy Association have called on elected Prime Minister Boris Johnson to turn the green pledges in his party’s manifesto into action. The Conservative Party manifesto reaffirms the UK’s commitment to net-zero by 2050 and also touts further investment in carbon capture, usage and storage (CCUS); nuclear fusion; tree planting; energy efficiency; domestic plastics recycling infrastructure and measures incentivising businesses to use recycled materials. However, it is shorter on detail around topics including community energy; preparing the electricity grid for renewables; energy storage; tidal power and the Sustainable Development Goals (SDGs). Moreover, the Conservative Party has come under fire in recent months for defying the Committee on Climate Change’s (CCC) advice on low-carbon aviation and road transport, as well as carbon accounting. Earlier this month, Friends of the Earth found that Conservatives were far behind the environmental pledges of other major parties. (edie)

A total of 533 certified B Corps, including Allbirds, The Body Shop, innocent drinks, and Patagonia, have promised to reduce emissions in line with a 1.5C trajectory before 2030. The companies are all certified as B-Corps for their efforts to balance environmental stewardship, profit, and social purpose. The companies argue warming above 1.5C poses an unacceptable threat to the planet, its inhabitants, and the global economy, claiming the 2030 net zero ambition “demonstrates true leadership in a time of severe environmental and economic unrest and uncertainty”. The B-Corp movement has more than 3,000 certified members around the world, and in a statement urged all its members and other companies to similarly set net-zero emission goals. They also called for companies to declare a ‘climate emergency’, accelerate emissions cuts across their direct operations and supply chain. The announcement was the last of a flurry of fresh business pledges from COP25, which also saw a host of blue-chip companies pledge to strengthen their Science-Based Targets in line with a 1.5C trajectory. (Business Green)

HSBC to pay $192 million penalty in US tax evasion case

HSBC’s private bank in Switzerland will pay $192 million in penalties and admit to helping US customers hide more than $1bn in assets from tax authorities as part of a deferred prosecution agreement with the US Department of Justice. The agreement effectively ends a multiyear investigation of the Geneva-based bank’s activities between 2000 and 2010. The penalty includes the forfeiture of $72 million in proceeds derived from illegal activities, $61 million in restitution to the Internal Revenue Service, and a penalty of $60 million. The penalty amount took into consideration that HSBC Switzerland “self-reported its conduct” and co-operated with investigators, the justice department said. The agreement defers prosecution for three years, giving the bank time to demonstrate good conduct which could help close the case. A spokesperson for HSBC has said that “HSBC Swiss Private Bank now operates under new management with strengthened compliance and controls”. (Financial Times*)

Multinational investment bank JPMorgan Chase co-president Gordon Smith has told colleagues he was “sickened” by revelations of racism at an Arizona Chase branch and asked staff to contact an email hotline with any concerns or ideas on how to improve practices at America’s biggest bank. In one case, a recording featured a Chase manager telling a colleague not to help a black woman invest a $400,000 wrongful debt payout because the prospective client “never had a nickel to spend”. Mr Smith said on the call to all Chase employees that the company takes “great pride in diversity and inclusion at the company” and so “this strikes right at the heart of who we are, and what we believe in, and what this company is all about”. Despite US banks’ claims of being racially neutral, several studies have shown persistent bias against African Americans and Latinos, particularly in the area of home loans, despite a federal act passed more than 50 years ago banning racial discrimination in mortgages. (Financial Times*)

Tesco to help customers visualise the environmental impact of their shopping

As part of its collaboration with wilderness preservation charity WWF, UK supermarket Tesco has produced a new metric which enables customers to track the environmental impact of some of its most popular products. The metric will track the environmental impact of 20 of Tesco’s most frequently sold own-brand items across seven issues: climate change; deforestation; sustainable diets; sustainable agriculture; marine impact; food waste and packaging waste. Each of these impacts will be allocated a different weighting to give products an overall percentage score, with climate change given the highest (25 percent) weighting and packaging waste (8 percent) the lowest. This information will enable the supermarket to set a date by which it believes its target of halving the impact of the average UK shopping basket can be reached. Tesco is hoping to deliver on this ambition by 2030 at the latest, by working with supply chains to combat issues such as deforestation, water mismanagement and soil degradation. (edie)