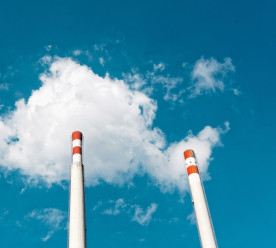 The UK’s largest power station, Drax, which generates 5 percent of the UK’s power, has said it plans to capture more carbon than it produces by 2030. The firm’s power plant in North Yorkshire is already largely powered by renewable fuel such as wood pellets but now it hopes to scale up a system that will allow it to capture millions of tons of carbon emissions. The firm said it plans to cut emissions by both sustainably growing trees that provide its wood pellets to absorb carbon emissions as they grow and implementing carbon-capture technology traps at the power plant itself to drawdown the emissions created by burning the wood. However, the scheme will require an extension to government subsidies that are currently due to expire in 2027. Previously, ran exclusively on coal, but it has converted four of its six units to burn wood as the country seeks to end its dependence on finite fossil fuels (BBC)

Human Rights campaigners have urged the Indian government to clamp down on illegal sweatshops after a factory fire in New Delhi killed 43 people. Most of the dead are thought to be migrant labourers from Bihar state and it is feared that thousands of migrant workers in India are at risk from similar incidents. The blaze swept through a four-storey building in the Indian capital where workers producing school bags and toys were sleeping. Dithhi Bhattacharya, executive director of charity Centre for Workers’ Management, said it was an accident “waiting to happen”, blaming a government failure to clamp down on illegal sweatshops that employ people in slave-like conditions. More than 90 percent of India’s workforce – an estimated 400 million people – are in informal employment. This includes labourers on farms and construction sites, as well as in shops, hotels, restaurants and manufacturing units. The New Delhi fire highlights hidden issues of human rights issues in the supply chain. (Thomas Reuters Foundation)

Mediterranean Shipping Company‘s (MSC) fleet was responsible for 11 million tonnes of CO2 emissions in 2018, making it the eighth largest emitter in Europe. The container shipping company has broken into the rankings of top polluters in Europe for the first time, a list historically reserved for coal power plant operators. The analysis was released by Transport and Environment (T&E) based on official emissions data. Earlier this year budget airline RyanAir was also named by T&E as one of the top 10 carbon polluters in Europe. Shipping and aviation are the only two industries not covered by the Paris climate treaty and have largely escaped government’s carbon-cutting policies to date. But unlike aviation, shipping is not included in the EU’s emission trading system (ETS). This means MSC will not be included in the official EU rankings of emitters under its ETS system. MSC insisted it is taking steps to improve the efficiency of its ships. (Business Green)

Young people around the world rank climate change as one of the most important issues facing the world, according to the results of a major new survey released today by human rights NGO, Amnesty International. The survey asked 10,000 people aged 18 to 25 in 22 countries to choose five issues they believed were the most important challenges facing their country today, from a list of 23 issues. In total, 41 percent cited climate change, making it the most common concern globally. This issue was followed by 36 percent who chose pollution and 31 percent who named terrorism as one of their top threats. In the UK, the most commonly cited concern for young people was a lack of housing, with 34 percent of respondents highlighting housing stock as a challenge. Violent crime and climate change followed close behind as issues of a top concern. (Business Green)

Avocados with an edible coating will go on sale in Europe for the first time this week in attempt to curb plastic packaging and food waste. The spray-on coating, developed by Apeel Sciences, will ensure the fruit stays ripe for longer, by controlling the rate at which water escapes and the rate at which oxygen enters. Supermarket chains in Germany and Denmark will soon stock the new avocados. The technology was launched last year in the US, where it has helped to decrease supermarkets’ waste of fresh produce. Chief executive of Apeel Sciences, James Rogers, said: “We’re creating an optimised microclimate that can double the shelf life.” It was approved for use in the EU in June and is already being tested by Asda, which is expected to begin consumer trials in 2020. An experiment by the supermarket chain on mandarins and cucumbers dismissed the need for plastic wrapping. (Evening Standard)